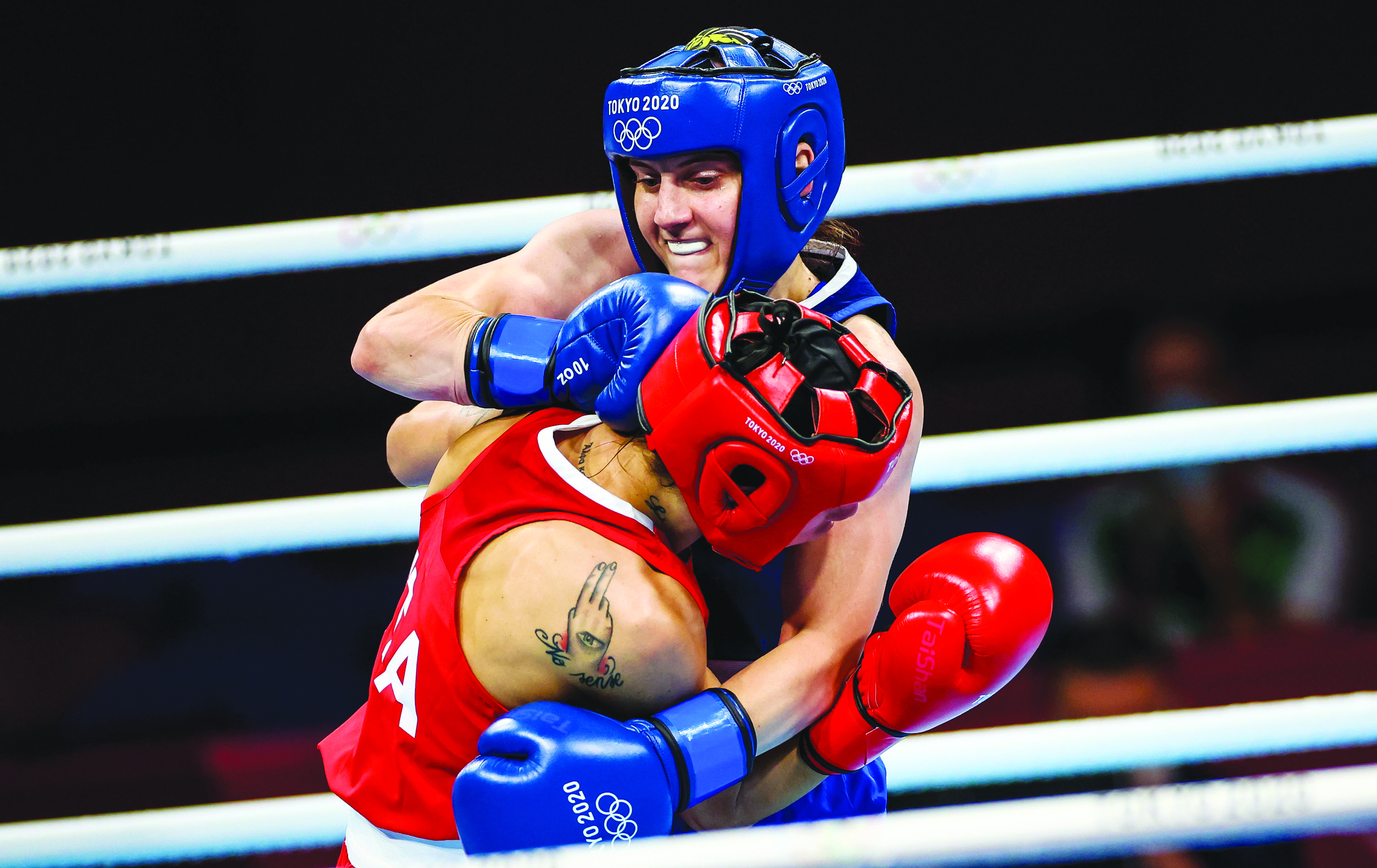 IT’S said that third time is a charm, so Michaela Walsh will be hoping that rings true in Birmingham over the next fortnight.

A silver medal in the 2014 Commonwealth Games in Glasgow where she felt rather hard done by in the final against Nicola Adams was a prelude to the 2018 Games where Skye Nicholson beat her to first place.

Two silvers is a solid return, but Walsh - an eight-time national champion - wants desperately to go all the way this time.

Near misses have not been exclusive to the Commonwealth Games as the recent World Championships saw her eliminated at the quarter-final stage, one away from a medal.

There was a silver medal finish at the 2019 European Games, bronze at the 2018 European Championships and while gold had not always proved elusive as the Black’s Road woman is a 2017 EU champion.

However, that winning feeling is what she craves and having come so close twice previously, the is absolutely no shortage of motivation to take that ultimate step.

“Third Commonwealths, scary isn’t it? Hopefully this is third-time lucky after two silvers from before and two controversial decisions (in finals),” said the 29-year-old who along with younger brother Aidan, now boxes out of the Emerald club.

“It would mean everything (to win). The Commonwealths are so special to me as it is the first big competition I was in and to go so close before was heartbreaking. When I look back, I’m proud of my achievements even though I was disappointed at the time not winning gold, but this time I’m going to go one step further.”

Although a first medal at the World Championships didn’t quite materialise in Turkey with Kazakhstan’s Karina Ibragimova just too strong on the day, it was nonetheless a good overall performance in the competition for Walsh who had two wins prior to elimination.

The Tokyo Olympian has always craved a Commonwealth gold, so in a way the Worlds were the perfect preparation for her assault on Birmingham where she insists that her biggest rival will be herself.

“I was so close to a medal and don’t feel as thought I performed to the best of my ability, so it was bittersweet being so near yet so far,” she reflected.

“I have to take the positives: three good fights and three good performances, so now I just can’t wait for the Commonwealth Games to start.

“It was good as I got that extra bit of training and the competition, so it worked out well.”

The Commonwealth Games is a different animal to the traditional boning-only tournaments with the athletes’ village and added scrutiny that comes from the wall-to-wall coverage of the multi-sport event.

Walsh’s past two outings at the Games gave a glimpse at to what to expect in Tokyo and this proved invaluable on her Olympic bow, but the reverse is also true and banking the experience at major events will contribute to preparation this time around.

“I think it prepared me for the Olympic Games,” she opined.

“The Olympics is obviously the big one, but the Commonwealths would be close and you have the whole village experience with different sports and meeting new people.

“That all helped me coming up to the Olympics as I was able to take that experience in, same as Aidan, as we knew what to expect. This will be no different, so I’m really looking forward to it.”

Boxing duo Michaela and Aidan talk to us about their experience of both making their finals at #GC2018 and just how proud they feel to be going to their second Commonwealth Games as siblings. #CommonwealthSport | #B2022 pic.twitter.com/dVFUajMrkX

It’s also been a rather different run-in this time due to the 2020 Olympics only taking place last year due to Covid, so the usual two-year game was cut in half.

“It’s a quick turnaround and even quick with it just one year after the Olympics,” said the featherweight hope.

“That is good in a way as I knew I had to get back training as I only had a year to get ready. I like having something to aim for so it’s always good not to be sitting around waiting.”

Tokyo was, of course, a massive breakout for the Walsh siblings who became the first brother and sister combination to take part in the boxing tournament.

That brought a little added attention, but was amplified due to the exploits of Aidan who took home a bronze medal - his Games only cut short due to injury.

There weren’t huge expectations surrounding the Irish team heading to Japan, but Kellie Harrington’s gold as-well-as Aidan’s bronze proved yet again that Irish boxing is the country’s leading light on the world stage.

Of course, Michaela would have dearly loved to have medalled, but it wasn’t to be and while there an element of competition between Michaela and Aidan, it is more of a positive in terms of performing to the best of their ability.

“It’s a healthy competition, not at all a jealousy thing,” Michaela stressed.

“When I lost in Tokyo, I did everything I could to help Aidan go all the way and watching Aidan win the medal inspired me, same as watching Kellie Harrington win her gold medal as I’ve trained with her for years and sparred countless rounds.

“It’s great to see someone put in so much work and get what they deserve, so I know that can be me.”

Michaela is undoubtedly the experienced head on the team in Birmingham as she is the only member who is embarking on her third Games.

There is others with Commonwealth Games experience including Carly McNaul who was also a silver medal winner in 2018, there are also plenty who are heading to their first Games.

That’s not to say they will arrive in England wide-eyed as in Amy Broadhurst and Dylan Eagleson, there are World gold and European silver medals respectively.

The exploits of Irish boxers over the past 12 months prove the sport - despite boardroom issues and some in-fighting - remains in rude health with the next generation already making their mark.

Another successful Commonwealth Games for the boxing team would yet again prove the depth of talent remains as strong as it has been in recent times, so going for gold will be the mantra of each person who steps through the ropes.

“A lot of people say about this team being so young, but then Dylan there wins silver at the Europeans,” Michaela countered.

“I remember saying years ago that he was an unbelievable talent and going there win silver and being unlucky not to win gold just shows the level we are at.

“Gabriel Dossen had been knocking at the door for years and then he gets a gold, so it’s unbelievable to see there are always more coming through and Irish boxing is in a really good place.”