Community shows its revulsion at brutal attack on Maureen (76) 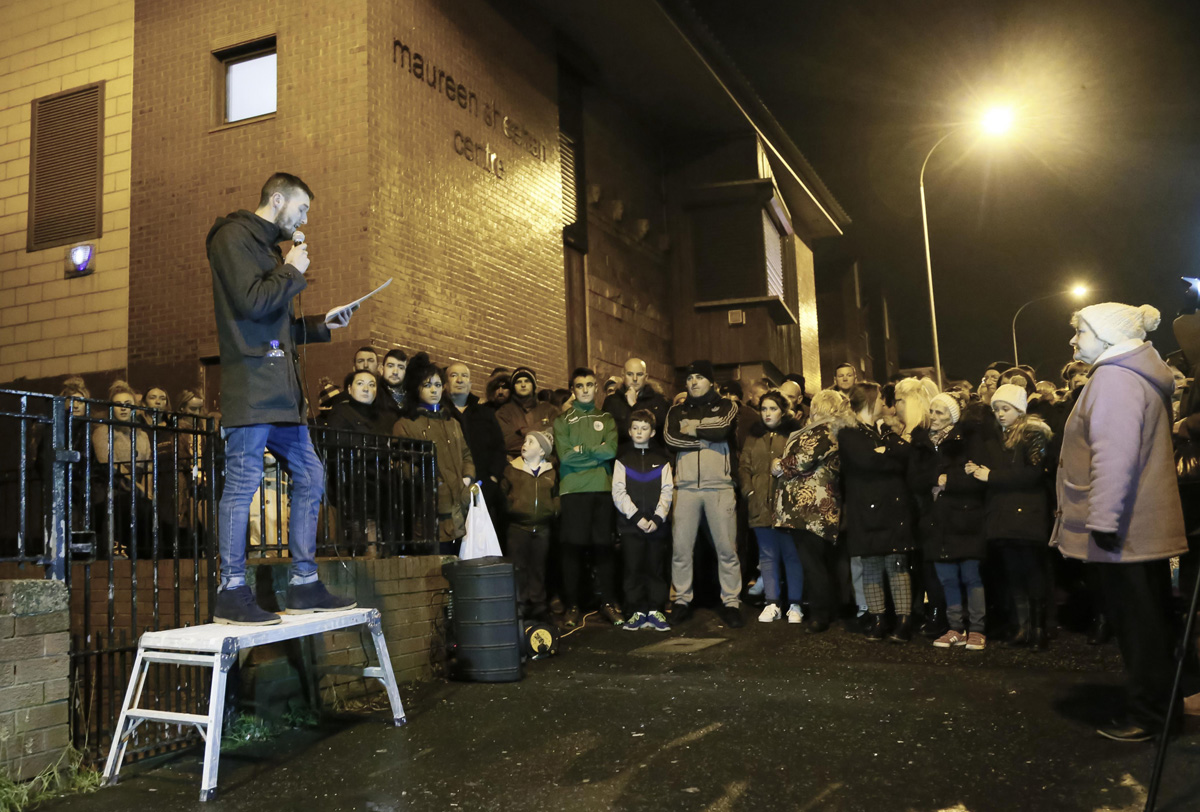 SEVERAL hundred people turned out to support a community rally last night demanding action on an upsurge in violent robberies and attacks on the elderly on the Falls Road.

Families, the young and the old gathered at the Maureen Sheehan Centre in Albert Street to show their support for 76-year-old Maureen Shepherd who was viciously beaten and robbed last Friday evening.

The event was organised by local community worker Gerard Fitzpatrick who he told the crowd people were sending a message to those responsible.

Mr Fitzpatrick said he was preparing to make and distribute safety kits for pensioners.

“This will not deal with the core issue. However it will make more elderly and vulnerable residents aware of the dangers when out alone. The packs will include an personal alarm, a door safety lock and a contact number for myself and others who will be around if in doubt of danger.”