Concern about Civil Service Catholics as old as the state 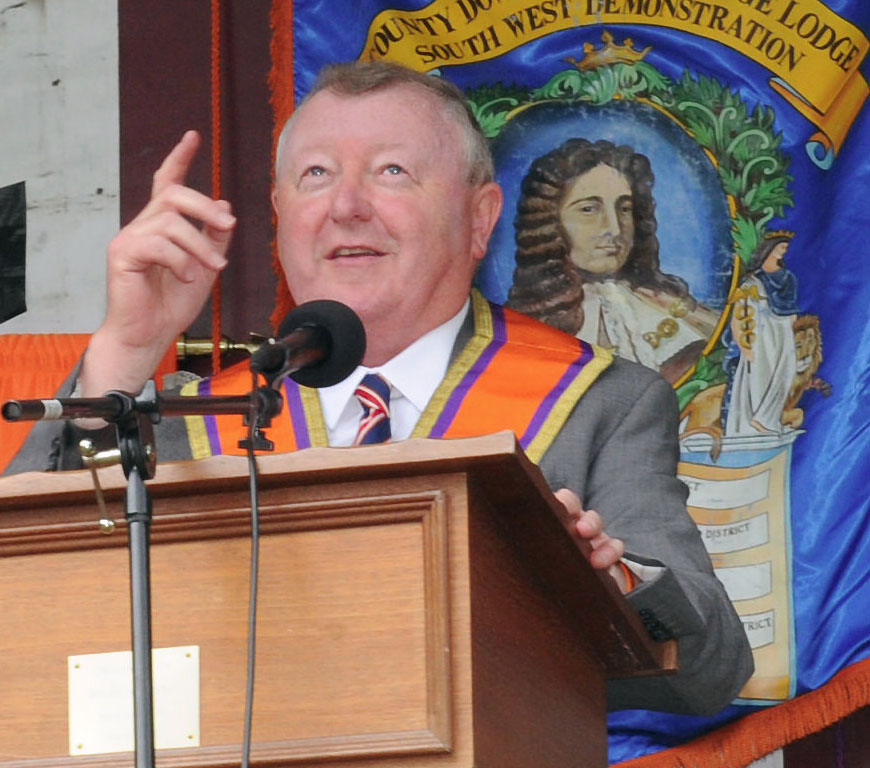 Concern about Civil Service Catholics as old as the state

So goes a contribution to a 27-page report compiled by the Orange Order into the decline of Protestants in the employ of the Civil Service released this week.

The report contains a number of anecdotes outlining similar experiences by loyal order members and Orange Order Grand Secretary Drew Nelson says he believes they explain a decrease in the number of Protestants working in the Civil Service, which has fallen to such an extent that it now almost precisely reflects the religious make-up of society in the north.

To be fair to Drew Nelson, his concerns reflect a mindset within a section of political unionism that has always been interested in the religious make-up of the Civil Service. But the difference from this century to last is that the phenomenon of Catholics in the pay of the government openly referencing their religion are relatively new.

This present situation, one imagines, would have only delighted the former Stormont regime, who at times went to great lengths to ascertain the religious bent of employees, as a fascinating glimpse into the past has shown.

In an extraordinary 1940 letter obtained by the North Belfast News, Lieutenant Colonel Wilfred Spender, Permanent Secretary at the Ministry of Finance, writes to Assistant Secretary to Cabinet Robert Gransden to reassure him that he only learned that a member of staff had been a practising Catholic after the man was buried.

The letter reads: “Allegations have been made that in view of the fact (name redacted) was buried as a Roman Catholic the assurances given by me and others in this Ministry on the subject in the past have been incorrect.

“It is very natural that the Whip’s Office should have this impression in the circum-stances. The facts, however, are that last year, up to the time of his illness, (name redacted) had no intention of reversing or reverting to the Roman Catholic Church, and as late as last autumn he discussed the matter of his faith quite frankly. In February last, when still suffering from his great illness, he was persuaded by his family to take the step and it was only then that he changed denomination.

“It is true that on his return he did not inform me of the change, as I think he ought to have done, but I am quite satisfied that it did not in any way prevent him from carrying out quite loyally the fair and discreet policy which we have tried to observe on this very vexed question.”

Not all Catholics were so deceitful. One man who worked as a groundsman at Stormont was known to be a Catholic and this piqued the interest of UUP Chief Whip Captain Herbert Dixon – later to be Lord Glentoran – a Boer War veteran.

Replying to Captain Dixon’s concerns about Catholics on the lawn, Minister of Finance H.M. Pollack wrote in February 1934 that taking action against the man on account of his religion would be problematic.

“I have your letter of the 10th. Those who have given you the information in respect of a Ranger which we have on this estate have got themselves into a very unnecessary state of excitement which apparently has tinctured your judgement.

“We have two of these men who have came to us as a legacy and there is no good ground for their removal. The man regarding whom there is such a fuss being made has an extraordinary war record, is a Sergeant Major, was in the service of the Prince of Wales during the war and had full charge of his horses in France.

“When the Prince visited Stormont he recognised his man and spoke to him words of encouragement. Now, let us suppose for a minute that we were to dismiss him from his position and that he wrote to the Prince that, because of our alleged bigotry, we turned him out of a job. What defence could we offer?”

Lest the war record of Sergeant Major Roman Catholic be forgotten, his veteran status again had to be referenced by the Head of the Civil Service, Wilfred Spender again, in a letter to Secretary to Cabinet Charles Blackmore in November of that year, also pointing out the inadvisability of sacking a pal of the Prince of Wales.

“I need hardly point out what would be the effect across the water of such a decision nor what the Prince of Wales would think if he were to learn that I had dismissed a man, in whom he took a personal interest, on religious grounds.”

The letter goes on to outline the number of Catholics employed at that time by the Civil Service, a figure requested by Prime Minister James Craig.

“I think that only one of our permanent technical appointments is Roman Catholic although I would again make clear this result has been achieved without any religious discrimination. With regard to the junior appointments I cannot give you actual numbers but I am quite certain that the number of Roman Catholics in the lower posts in the service is far below the average that one would expect,” wrote Spender.

While presenting the new report this week, Drew Nelson said he is disappointed that the head of the Civil Service, Dr Malcolm McKibbin, has refused to meet him regarding his concerns. But as the letters show, as long as high-profile unionists have been demanding answers on the religious make-up of staffing, senior civil servants have been providing answers.