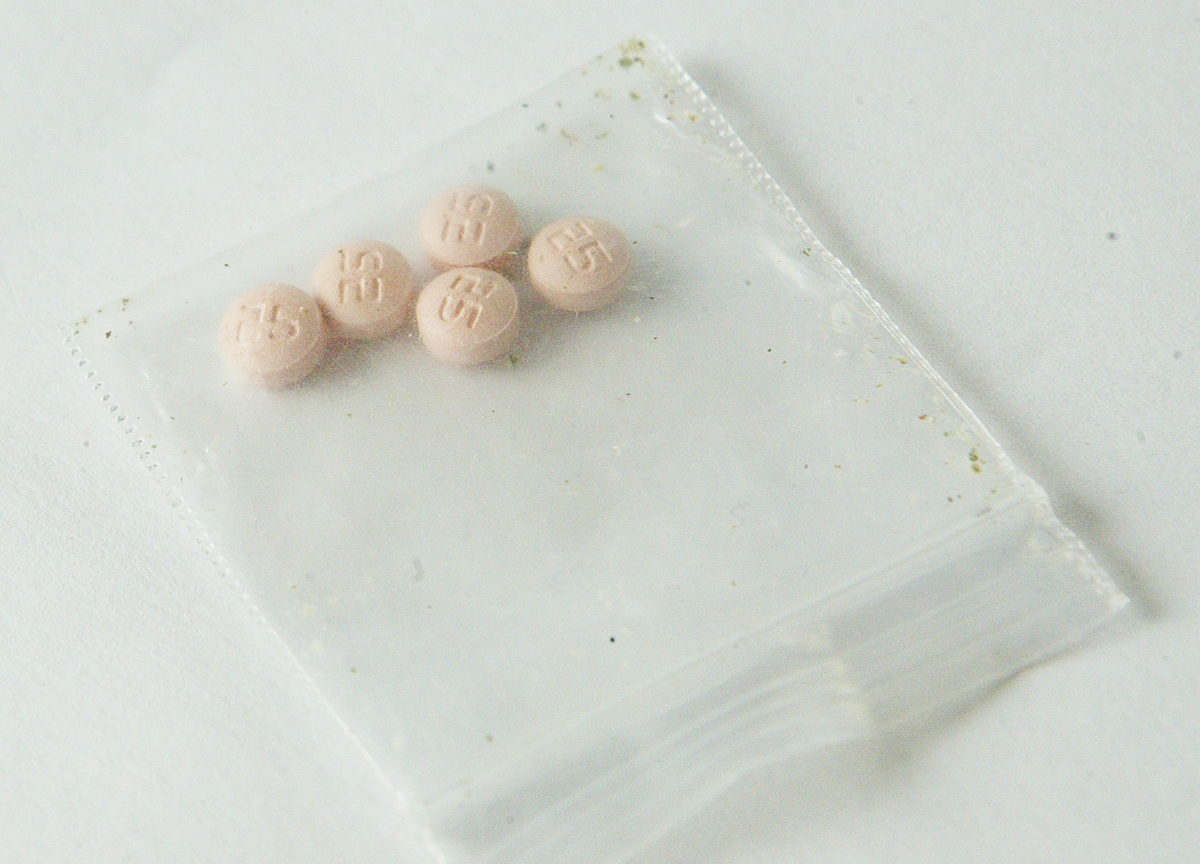 The bag of pills that was found on the street

CONCERN is mounting in North Belfast after two separate drugs finds were made in the space of a week.

A bag of pink pills was found in the Waterworks by a local man before a suspected bag of heroin was discovered by a local resident in the Cardigan Drive area.

The local commuter, who walks daily through the Waterworks, made the discovery of the bag of drugs, which contained five circular round pills with a ‘25’ stamp on one side, close to the Solitude and in broad daylight.

A local chemist suspects the bag contained Quetiapine, an anti-psychotic drug used for heavy sedation to numb the body and mind. The bag of drugs was handed in to the North Belfast News premises at Yorkgate.

“I’m not very happy about finding this in my local area,” said the local man. “This place is always full of kids and I know my grandchildren play here sometimes too.

“I know there was a sports day the day before in the park and it’s worrying because any child could have picked it up. I walk my dog in the park every day and it’s concerning to find such things here,” he added.

Local SDLP Councillor Paul McCusker said it was very worrying that drugs were found at a very busy park in North Belfast.

“The Waterworks park is used by lots of families and small children and this recent find certainly is alarming,” he said.

“Parks and public areas should be a place were people feel safe and not put at risk.
“We understand that drugs are a major issue across the city and more work needs done to tackle the issue.

“A multi-agency approach is needed and anyone who has any information should report it to local police.”

In a separate discovery, joint-owner of the Park Café in Oldpark, Kevin O’Neill, came across a suspected bag of heroin in Cardigan Drive. I’ve found a needle before outside my mum’s house but this is the first time I have found drugs,” he explained. I was walking down the street with my children to the bowling club and I noticed it lying on the street. I lifted it and brought it to the bowling club to inspect it and I’m pretty sure it was a bag of heroin.

“The drugs problem is getting wild in North Belfast. They are everywhere and I don’t think any area is safe from it now,” he added.

Drugs Development Officer Fra Stone urged people to be extra vigilant with more and more drugs being found on the streets of local communities.

“The Community Drugs Programme would urge anyone who finds any drugs, illegal or legal, to contact ourselves on 90202030, a local community group or the North Belfast News, and we will make sure that they are disposed of safely,” he said. “I would also urge parents or other family members to educate younger members of their family, especially children on this issue, i.e. that these are not sweets, they may find them in plastic bags, but they are most certainly not safe, and if someone was to take them, then the consequences could be disastrous.

“More and more drugs are being found discarded of the streets, and everyone needs to be extra vigilant to this added danger.”