Conlan and Baluta have final say ahead of Friday's battle 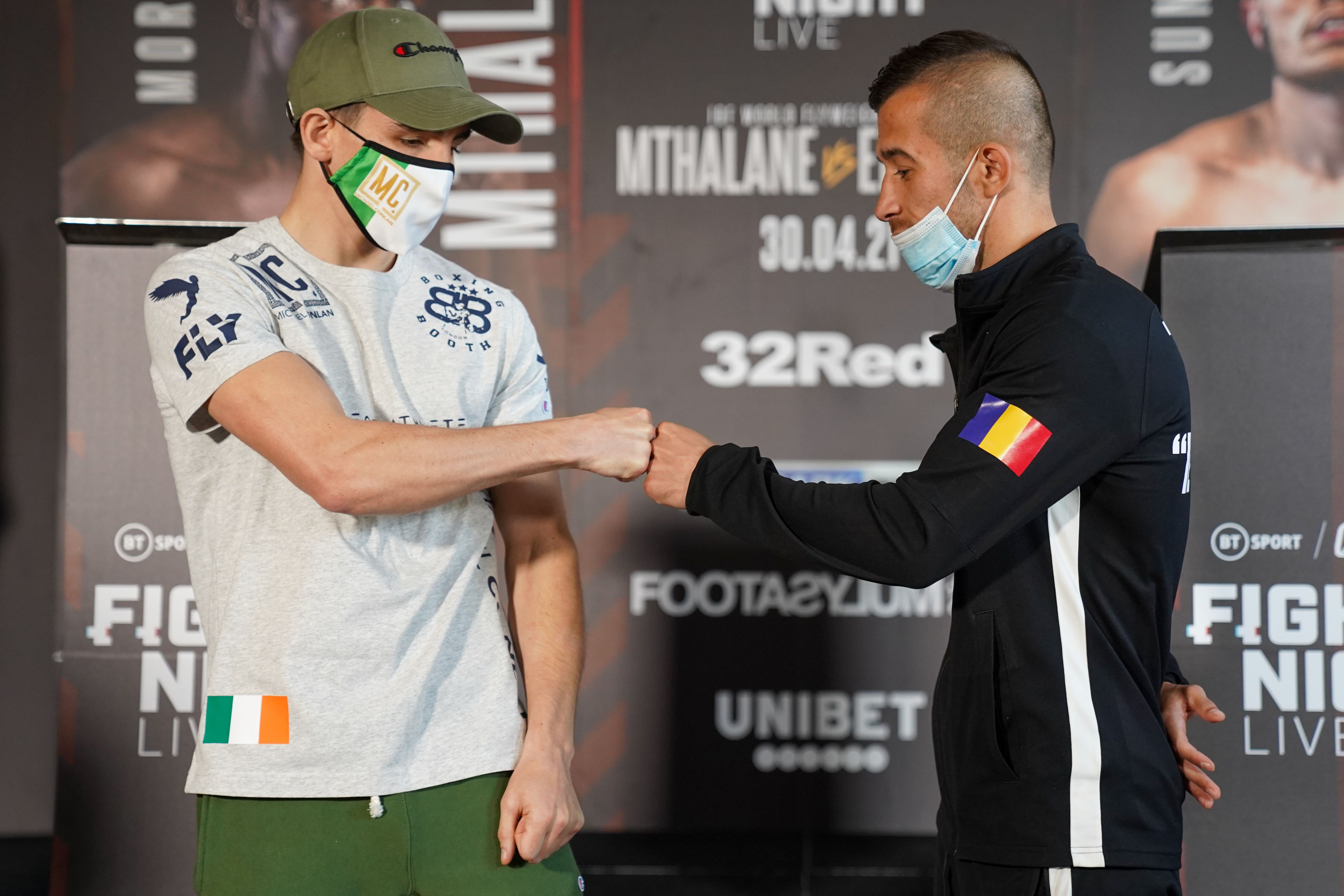 MICHAEL Conlan and Ionut Baluta bumped fists yesterday as they had their final say ahead of Friday's super-bantamweight clash in London, but while the respect is there, so is the desire to claim victory and move onto a world title opportunity later in the year.

Conlan is currently ranked number one but the WBO and is well on course for a crack at the big one later in the year, but at the York Hall on Friday's BT Sport card, he will have to negotiate the Romanian who has overcome Irish opposition in his last two outings.

The West Belfast man looked calm, yet focussed as he fielded questions and insists that the move down to 122lbs from featherweight is not an issue.

He was due to face Isaac Dogboe back in December before suffering an ankle injury that has kept him out of the ring, but that recovery period has allowed Conlan to gradually bring his weight down to the new division where he believes his physical advantages will come to the fore.

"I was devastated when I did my ankle, but it happened for a reason and now I am back, fully recovered and looking forward to Baluta on Friday.

"I was already planning to move down to super-bantamweight before my injury in December. The pandemic showed me how easy it was to drop down.

Face-to-face for the first time.

Baluta's career has exploded into life over the past 18 months as he has scored some impressive victories and plans the biggest of them all on Friday as he knows that should he upset the odds, the reward of challenging for world honours will be his.

The Romanian, now based in Spain, was full of praise for Conlan, but also  confident in his own ability that his recent run of victories will continue.

"This is a great opportunity to fight Michael and I am hopeful that he will be the third Irish fighter I beat," he said through an interpreter.

"I will be doing the best I can. I respect Michael as a fighter. He is a very good fighter, but we are about to find out who is the best between us.

"I am very focused on winning this and wont think about the future. This fight is very important as regards getting a world title fight in the future."

Conlan is not looking beyond Friday as he knows that the threat of Baluta must be taken seriously, but feels he is ready to make a huge statement to the rest of the division.

Forewarned is forearmed and the Belfast man senses he is not just going to win, but do it in impressive fashion.

He is aware that Baluta will step between the ropes with confidence sky-high, so his plan is to hand out a dose of reality from the opening bell.

"This fight cements my mandatory position with the WBO and hopefully I will fight for the belt this year and I am very confident of that happening," he added.

"First, I have to get rid of Ionut and I believe I will do it in good fashion. I look at him and I see what I have to see.

"Ionut has pulled off two very wins recently and he is a very good fighter. He is a very dangerous fighter. He has beaten two Irish guys (TJ Doheny and David Oliver Joyce) in a row and his confidence is high. I believe that I will put on a performance and shut that completely down."