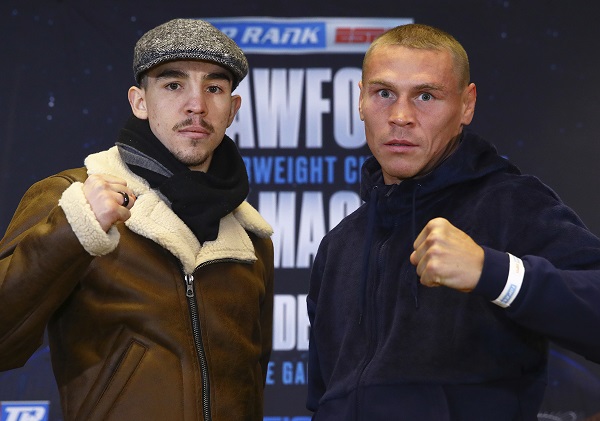 MICHAEL Conlan says he will invoke the spirit of Rocky 4 ahead of tomorrow's showdown with old foe Vladimir Nikitin (live on Eir Sport, 2am Sunday).

The famed movie saw Sylvester Stallone's character travel to Russia to take on a goliath-like character Ivan Drago and with that in mind, Conlan rocked up in fight week wearing similar garb for the press conference where he came face-to-face with Nikitin, the man who infamously got the decision over him at the Rio Olympics.

While there was certainly a nod to that movie script in his appearance this week, Conan insists he is bringing that ravenous, primitive approach to tomorrow night's showdown at Madison Square Garden when he takes on his own Russian nemesis.

"In all seriousness, I have taken inspiration from Rocky in this," he said at a roundtable interview with the travelling Irish media in his hotel room last night.

"I'm fighting someone who has beaten me twice, against a Russian around Christmas time. I've taken myself away from the family for this and trained as hard as I possibly could. I didn't feel it was hard to do that because I knew what I've had to do.

"I have had the underdog mentality of trying to work my ass off and that's what I think I've done."

His room had his fight kit plus the WBA and WBO Inter-Continental belts already meticulously laid out ready for battle.

The Belfast man had a look of someone who is ready to get stuck in immediately and finally put to rest a saga that began with that hotly-disputed decision at the 2016 Olympic Games when Nikitin was awarded the decision when all in sundry had Conlan a clear winner.

He insists there is nothing personal in this and in a way feels for the Russian who he stressed was in no way to blame for that outcome, yet still simply wants to park the issue by leaving absolutely no doubt as to who is the better fighter tomorrow night.

"I just want to put this to bed and move on," he stressed.

"I just want to go and get the victory. I'm confident I will because everything in this training camp has been fantastic and I have no negative feelings about Saturday.

"Mentally I feel fantastic and physically I've never been better the night before a weigh-in, so everything has just gone swimmingly."