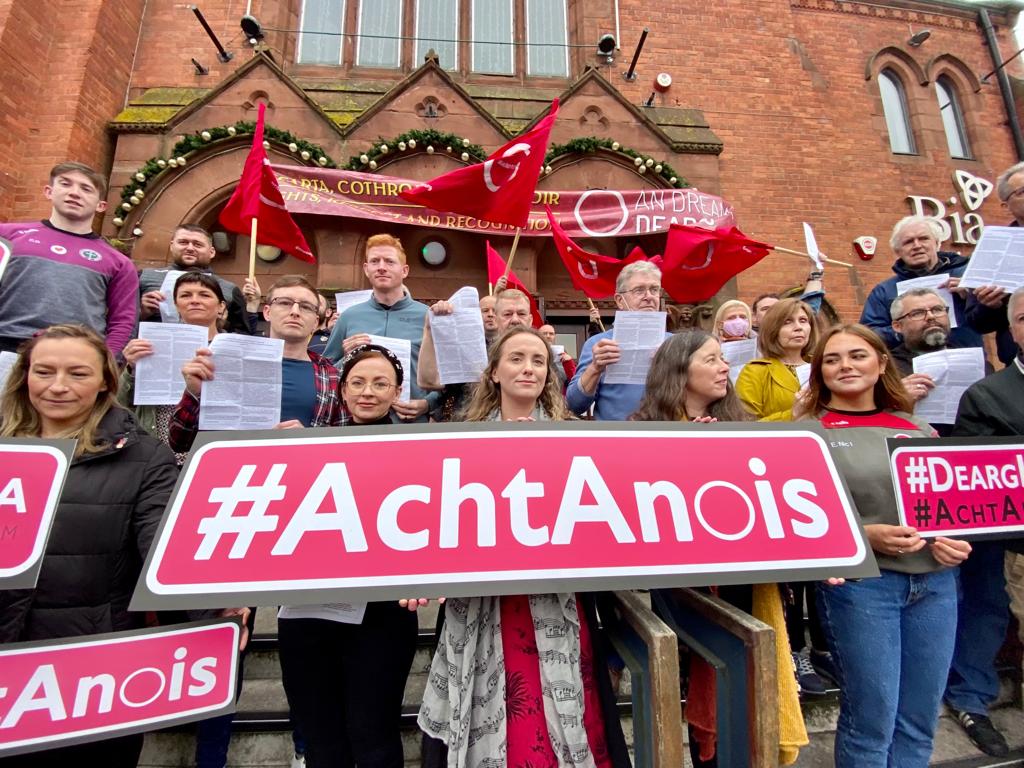 THE United Nations has been pressed to support legislation for the implementation of an Irish Language Act in the North.

Conradh na Gaeilge Advocacy Manager, Conchúr Ó Muadaigh, addressed the UN Forum on Minority Issues last Thursday, when he outlined "the role of the Irish language in all of Ireland’s major peace agreements".

In June, the Secretary of State Brandon Lewis gave the Stormont Assembly a final deadline of September 2021 to enact the legislation, committing his own government to bringing forward legislation through Westminster by October 2021.

The government said legislation would be introduced "as soon as parliamentary time allows", but did not set a firm date for its implementation.

Addressing the UN forum, Mr Ó Muadaigh told how the Northern state had – since its inception in 1921 – outlawed, repressed and denigrated" the Irish language and "frustrated the rights of our community".

He said the representation of the Irish language at a "Forum on Minority Issues" was indicative of the success of colonial policies in "repressing Irish identity and culture".

The West Belfast man said that discrimination against Irish speakers "did not end with the signing of our peace agreement". He called on the UN to publicly support legislation for an Irish language Act.

"Although political parties and the British government try to assure us that such legislation is pending, 16 years of missed deadlines, unfulfilled commitments and false dawns tell us otherwise," he said.

"We place little value on formal commitments; we value action."

He concluded: "For international law to be adhered to, and agreements honoured, constant vigilance from communities like ours – and forums like yours – is necessary.  This is the only way to ensure Irish language speakers in the north of Ireland, and minorities across the world, can effectively challenge hostility, sectarianism and marginalisation.