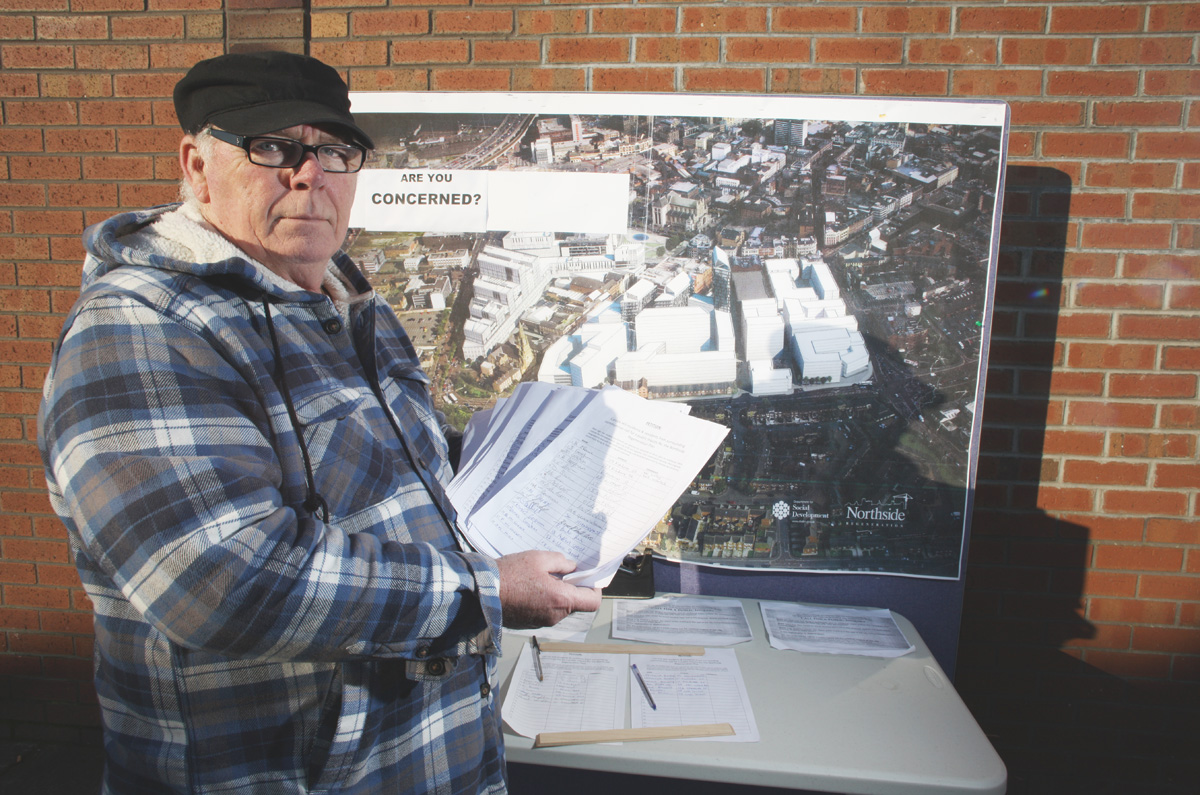 CRA Chair Frank Dempsey has given the news a cautious welcome

Campaigners against the large-scale re-shaping of North Belfast to facilitate the new Ulster University on York Street have cautiously welcomed a decision by Belfast City Council officers to recommend rejection of the plans ahead of a meeting of the planning committee on Tuesday (January 19).

A 529-room development on Great Patrick Street has been recommended for approval, as have 694 rooms on York Street

One of the sites proposed for rejection is located within scope of the Northside Regeneration, a £300million investment by the Department for Social Development (DSD), while the other two applications come from private developers.

Members of the Planning Committee are expected to approve the recommendation to refuse this Tuesday and applicants will then have an opportunity to appeal.

Frank Dempsey, Chairman of Carrick Hill Residents’ Association, welcomed the expected rejection but said that past experiences meant that they would be proceeding with caution.

“From the outset Carrick Hill residents have been leading a campaign from the inception of this whole Northside development and have challenged it at every wheel and turn,” he said.

“If Belfast City Council are starting to take a step back and look at this in the round then it is a welcome development. Everyone welcomes the university but certainly not at the expense of the degeneration of this area.

“However, where residents are concerned, we have seen in the past sites being rejected and being overturned on appeal, so we will be monitoring the situation closely.”

Carrick Hill residents and members of the St Patrick's and St Joseph's Housing Committee are to form a delegation to Stormont to meet new DSD minister Maurice Morrow on Monday (January 18) to discuss ongoing concerns about the impact of the Northside project.

Sinn Féin MLA Caral Ní Chuilín said: “There is clearly a need to manage the demands of people waiting, years in some cases, for a home with the objective of developing the Ulster University and student housing. We need to manage the available land in a sensible and co-operative way in the best interests of everyone.”

SDLP Cllr Nichola Mallon said: "I have been working closely with the community of Carrick Hill and both residents and traders have never been opposed to student accommodation full stop.

“They are rightly concerned about the inevitable consequences of an over-concentration of high-rise student flats in such a small area and the loss of much-needed land for social housing to accommodate it.

“These recommendations are to be welcomed and are, I have no doubt, a result of their hard work and representations.”