Councillors hit out at closure of drug service 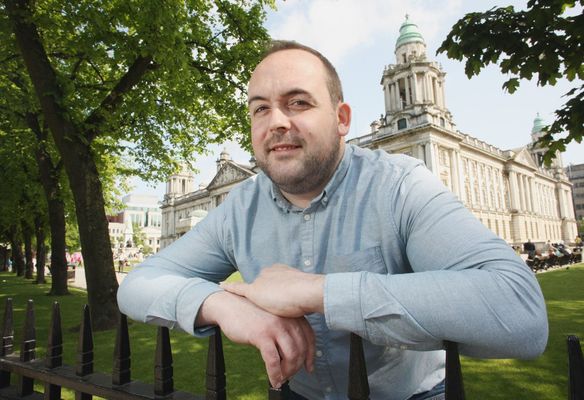 TWO local councillors have hit out at the closure of a “much needed” needle and syringe exchange scheme at a South Belfast chemist.
Councillors Steven Corr and Paul McCusker were speaking after it was announced that the scheme in Botanic would be phased out towards the end of August. It is understood protests had taken place outside the pharmacy after claims the service was leading to anti-social behaviour in the area.  The schemes provide needles and syringes and the clean equipment to users of intravenous drugs, such as heroin or steroids.
“As a member of the Belfast Community Planning Partnership I will be asking what is going to be put in place once this scheme is withdrawn,” said Councillor Corr.
“This is a much needed service and it is sad it has come to this. Every other European city has these facilities, including safe injecting facilities. We do need this facility, but the questions remains as to where it should be, its location is the crucial thing to making sure we can work to tackle this problem.”

A needle exchange at a Botanic pharmacy is closing. Protesters say there’s been anti social behaviour & needles discarded around the area. @Paul_Mc_Cusker says these protestors are vigilantes & removing services will achieve nothing. More on @BBCgmu at 8:40 *pic by @ianshanks9 pic.twitter.com/Gxli5N9pXy

He continued: “I will be raising this issue within the proper structures to deal with this issue to ensure this type of service is still available. Injecting drug use in our city is a priority for the Community Planning Partnership. We need to treat these people as addicts rather than as junkies. We need to offer support and not criminalise. No-one is born to be an addict. No parent would want to be an addict or their child to become an addict. We need to look at international models of best practice and follow their lead, having said that, we have to make sure that things are Belfast centric.”
The Public Health Agency (PHA) said that those “who use and require the service will continue to have full access to needle exchange services.”
Councillor Paul McCusker said: “Removing services will achieve nothing. Services like this ensures that we don’t have increased needles on our streets. For 23 years this service has been critical and shouldn’t have had to close.”
The PHA added that the scheme is “vital to the health and wellbeing of the entire community and helps to reduce the potential of drug-related litter and lowers the risk of HIV and Hepatitis B and C within the wider population.”