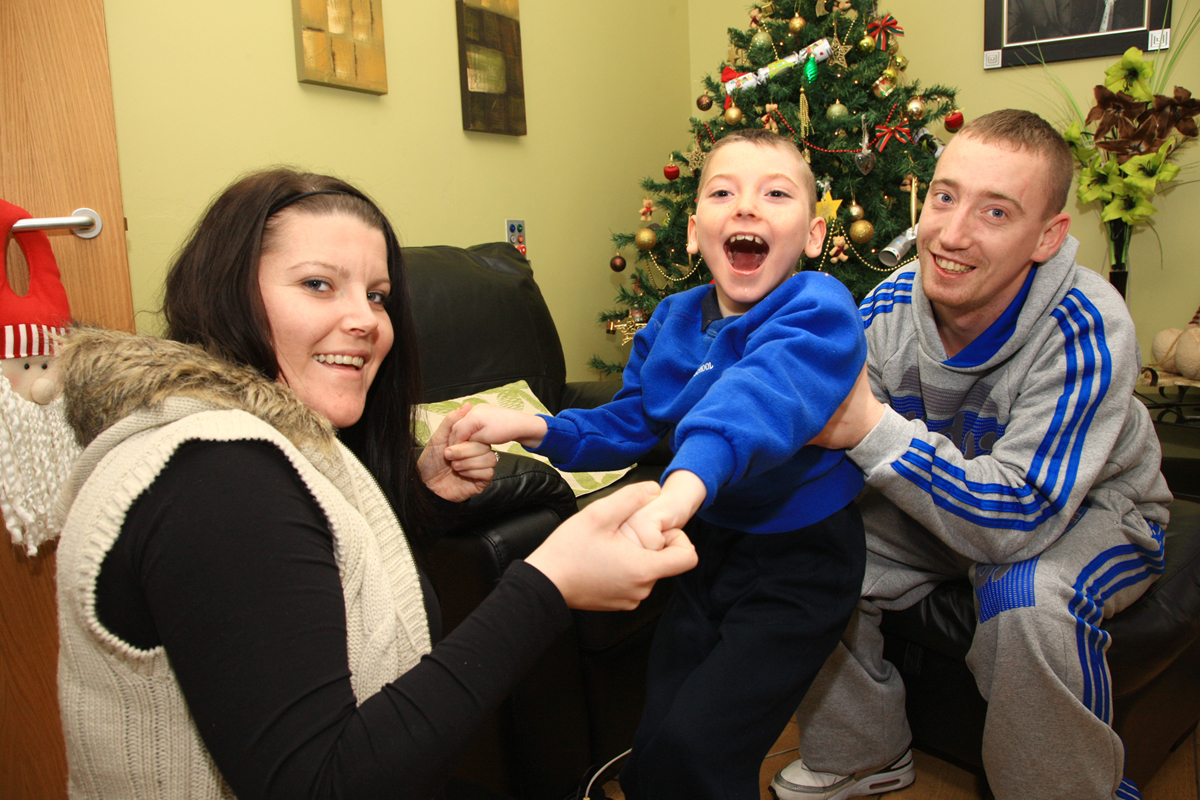 A nine-year-old New Lodge boy who suffers from epilepsy and cerebral palsy will be able to ride a new bike from Santa for the first time on Christmas Day this year thanks to the generosity of the people of North Belfast.

Pearse Campbell, who spends most of his time in a wheelchair and only took his first unaided steps this year, is now able to ride a specially adapted tricycle after receiving special physiotherapy treatment in England.

His mother Aisling was able to fund the treatment after organising a series of events including a sponsored walk earlier this year which raised over £5,600 towards the treatment.

A physiotherapy tool known as The Spider has been used on Pearse to help align his body and give the child better mobility and independence. The battling nine year old has also been receiving treatment at the Footsteps Centre in Oxfordshire to help his speech and aid his ability to eat.

“It normally takes kids up to six months to learn to suck through a straw, but Pearse was able to pick it up in two days,” said Aisling. “Now that he is able to suck it is going to help his speech and eating.”

She said his progress has been remarkable and she can’t wait to see him with his new bike.

“To see the improvements he has been making is amazing, he has just been so much more independent and happier. This is the first bike he has had that he doesn’t need help to peddle and he is going to be able to go out and play like any other kid on Christmas morning.”

His grateful mum thanked everyone who donated to the fundraising efforts. More events are planned in early 2012 to raise money for further trips to Footsteps for Pearse.