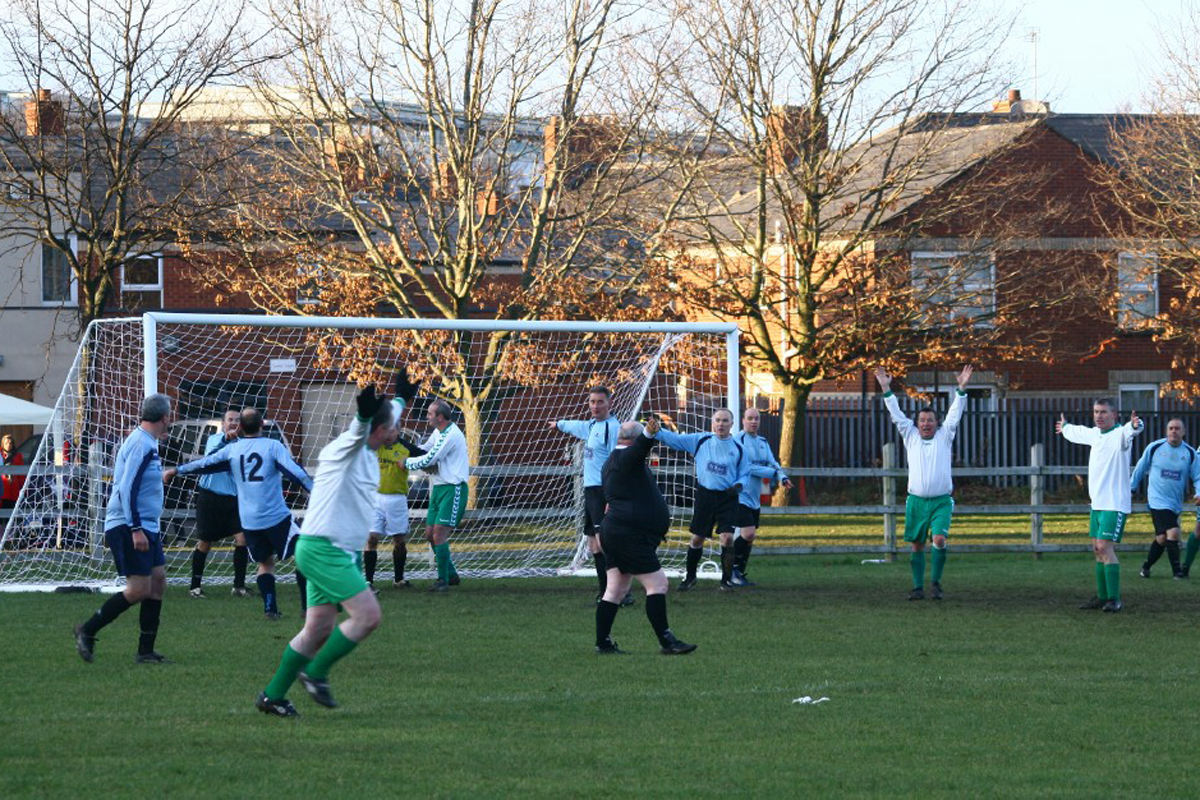 THE eighth annual Dessie Armstrong Cup took place on December 27 and this year it was Cromac Albion that claimed the trophy thanks to a penalty shootout victory over Rosario.

The traditional Christmas cracker was again made up of players aged 50 and above but once more provided a great day’s entertainment for those in attendance.

The big winners on the day were of course the charities that benefitted with the NI Children’s Hospice and Children’s Cancer Charities thankful to the organisers for raising just over £11,300.

Teams from Cromac Albion, Ulidia, Rosario and West Belfast outfit Béal Feirste were represented in the competition that took the format of two semi-finals and a final.

In the first game, Rosario edged out Béal Feirste 1-0 while in the second game Cromac Albion defeated Ulidia by the same score.

In a thrilling final, there was little to choose between the sides as the game finished 1-1 but it was the heroics of Sean Armstrong in the Cromac goal that proved decisive as he saved two spot kicks to ensure his side took the honours for this year.

Player of the tournament was yet again Henry Armstrong who put in a Baresi-like performance at centre-half.