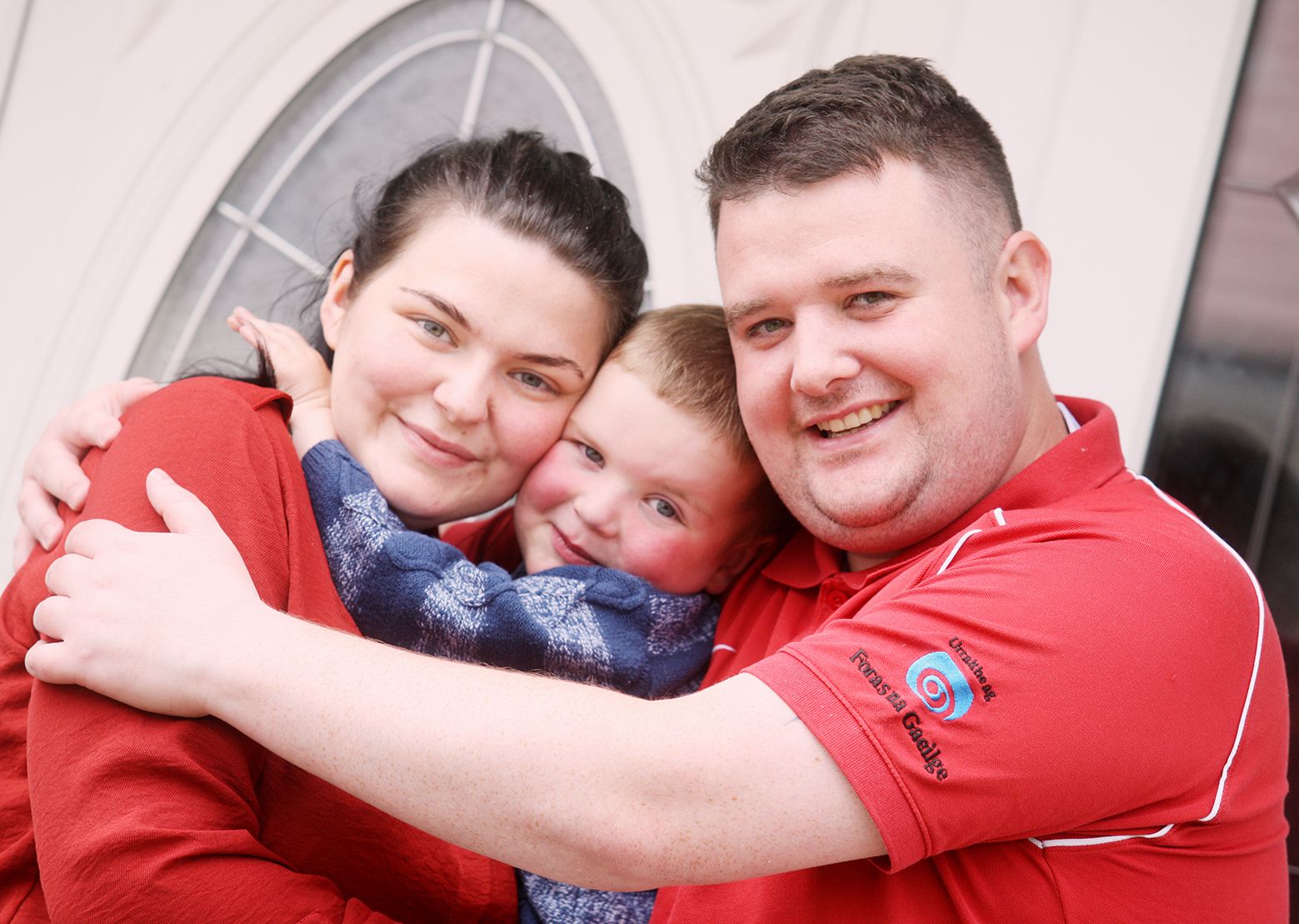 THE family of West Belfast toddler Dáithí Mac Gabhann, who is currently waiting on a heart transplant, have welcomed the announcement from Health Minister Robin Swann that he intends to hold a consultation moving towards introducing a soft opt-out system for organ donation in the North.

The system means that adults automatically become donors, unless they specifically say otherwise. Around 47 per cent of the North’s population are on an organ donation register. The consultation is expected to begin in the autumn.

Dáithí’s father Máirtín said that it was “quite emotional” to hear of the Health Minister’s intention as “this is something we have been working on for two years”.

“When I say working on it, I mean night and day as part of our Is Deontóir Mé/Donate4Dáithí campaign. We have been lobbying politicians, city councillors – there is a million and one things we have done publicly and behind the scenes as well.

"Sinn Féin MLA Pat Sheehan had been working on a Private Members’ Bill on this issue, it’s a longer process really, the best thing to happen is for the Minister to take it forward which then happens a lot quicker,” he said.

“It’s very important that this is happening and that the consultation process begins, we are delighted.

Health Minister has met with @kidneycareuk and confirmed he will consult in the Autumn on the soft opt-out for organ donation. https://t.co/cliEiDnwD8 pic.twitter.com/Hyb3Vqa97r

“It’s been a long time coming and this is the start of the process, there is a long way to go.

"The people of Belfast, indeed West Belfast, have helped us so much and we’ll be calling on them to help us even more during this consultation process.

"We’ll be keeping the pressure on the Minister to make sure we get a date for the consultation; we want to be part of the consultation process whether directly or indirectly. The campaign doesn’t stop.”