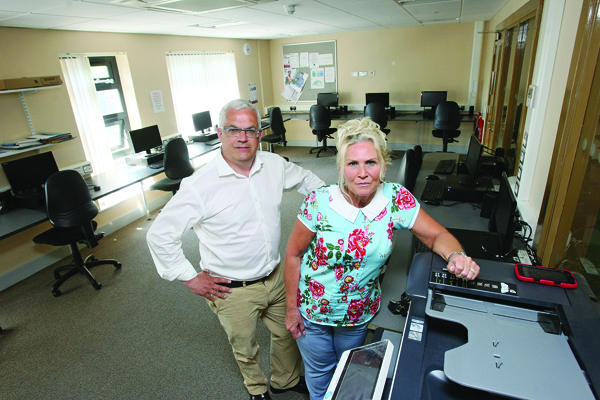 THE decision to award £400,000 of ratepayers’ money to several community groups for “diversionary activities related to July and August bonfires” has been slammed by a group that has been knocked back for funding for a vital jobs initiative.
Last month the decision was taken to award the funds to community groups, including £100,000 to Féile an Phobail, for “bonfire diversion” during the summer months. Several parties accused the DUP and Sinn Féin of a “political carve-up” over how the allocation was made, with a proposal to reverse the decision rejected during June’s full monthly Council meeting.
Lenadoon Community Forum’s Sharon McCullough explained how their extremely successful Training for Employment Project had been funded through Belfast City Council for the past three years but that their most recent application for BCC funding had been unsuccessful and they are now on a “waiting list of participants”.
“Our courses have been finished from the end of April and we have a waiting list of around 150 people and we still have people ringing and calling into the building to try and enroll,” said Sharon.
“With the £25,000 we had requested from Belfast City Council we had proposed among many other initiatives to provide at least 250 participants with the opportunity to avail of educational and training opportunities and to provide at least 187 of these participants with an accredited qualification up to and including an NVQ Level Three.”
Sharon said it was “unfortunate” that some councillors felt it was more “appropriate” to spend “ratepayers’ monies on bonfire schemes rather than investing in the long term futures of the unemployed and disadvantaged individuals in our community.”
She went on: “We are trying to source any other funding within the Council that we could apply for so that we don’t have to close our doors.”
SDLP Councillor Tim Attwood said it would be a travesty “if this vital training programme was to end.”
““For the last three years I have had the honour of attending the graduation ceremony for the Training for Employment Project,” he said. “I have witnessed the joy and excitement of the women and men on graduation as they start a journey to seek new opportunities for their families and themselves.
“Surely it is these important local education and skills that local and central government should be investing in?”