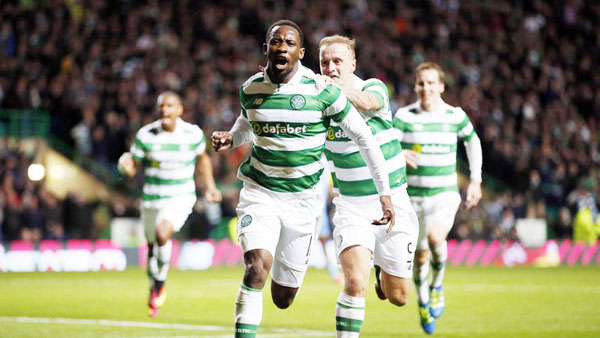 SCOTTISH LEAGUE CUP FINAL SUNDAY: Moussa Dembele (4/1) looks value for first goal on Sunday when Celtic play Aberdeen at Hampden and we like the 3-1 scoreline to Brendan Rodgers’ team - the scorecast pays around 30/1.

The PG continued it’s winning run last weekend when we delivered another knockout blow to the bookies with a 25/1 winning acca.

The winning didn’t stop there with a 11/1 double also banked in the draw trixie so another profitable weekend for our online followers and readers.

We start with the weekend racing. The Hennessy Gold Cup is the big race at Newbury and it looks a puzzler of a race for punters to work out.

The in-form Colin Tizzard yard is responsible for the favourite with punters latching on to Native River who is as short as 5/1 in places.

We look elsewhere and Nicky Henderson has bounced back to form after a lean spell. He has three entered up for the feature, but Vyta Du Roc (9/1) looks the one for us. It looks a big player and is primed for this after a hurdles comeback run at Aintree.

Another horse that jumps out at us is last year’s winner, Smad Place (10/1) who again could be cracking each-way value for the Alan King stable.

On the same card on Saturday we have the competitive Intermediate bet365 Hurdle and we like Ozzie The Oscar (7/2) in this one who is also a course and distance winner.

Over at Newcastle we have the Fighting Fifth Hurdle (2.55). The Alan King-trained  Sceau Royal (2/1) will be a tough nut to crack in this one after winning both his starts this season and looks a big race banker for us with Apples Jade the forecast danger.

We start the weekend soccer with the quad and first team down on the PG docket are in-form Derby (11/10) who host Norwich who are on a terrible run at the minute. We expect three big points for the Rams.

Leicester (1/1) host Middlesbrough in the Premier League and we are banking on the champions taking the points in this one.

Back to the Championship and Reading (11/8) are hard to beat at home under Jaap Stam and they should see of the threat of Bristol City.

Making the weekend quad up are Preston (1/1) who is another team to make home advantage count when they entertain Burton Albion at Deepdale.

We start with the Saturday games and Aston Villa (4/6) entertain Cardiff. Steve Bruce’s team look a solid choice to grab maximum points as do Championship leaders Newcastle (2/5) who host Blackburn.

Chelsea (7/10) are the form team and lead the way in the Premier League. They can stay at the summit with a win over Spurs in the live Saturday night game.

Hopefully the first three are banked on Saturday and we have a sweat on Sunday. Arsenal (4/11) should beat Bournemouth at the Emirates and that should set a sweat on Man Utd (4/9) who surely can deliver at home to West Ham at Old Trafford.

Again 9/12 last week just didn’t cut it and we have now four weeks to deliver before Christmas for our Goalrush punters.

Remember, Sean Graham enhance our soccer bets so keep an eye on our online feeds and more importantly, in all their betting outlets.

Stay on top of our the PG tips/bet giveaways/competitions and banter daily via the PG on our popular Twitter and Facebook feeds.