Diazepam supply chain must be tightened up says Belfast chemist 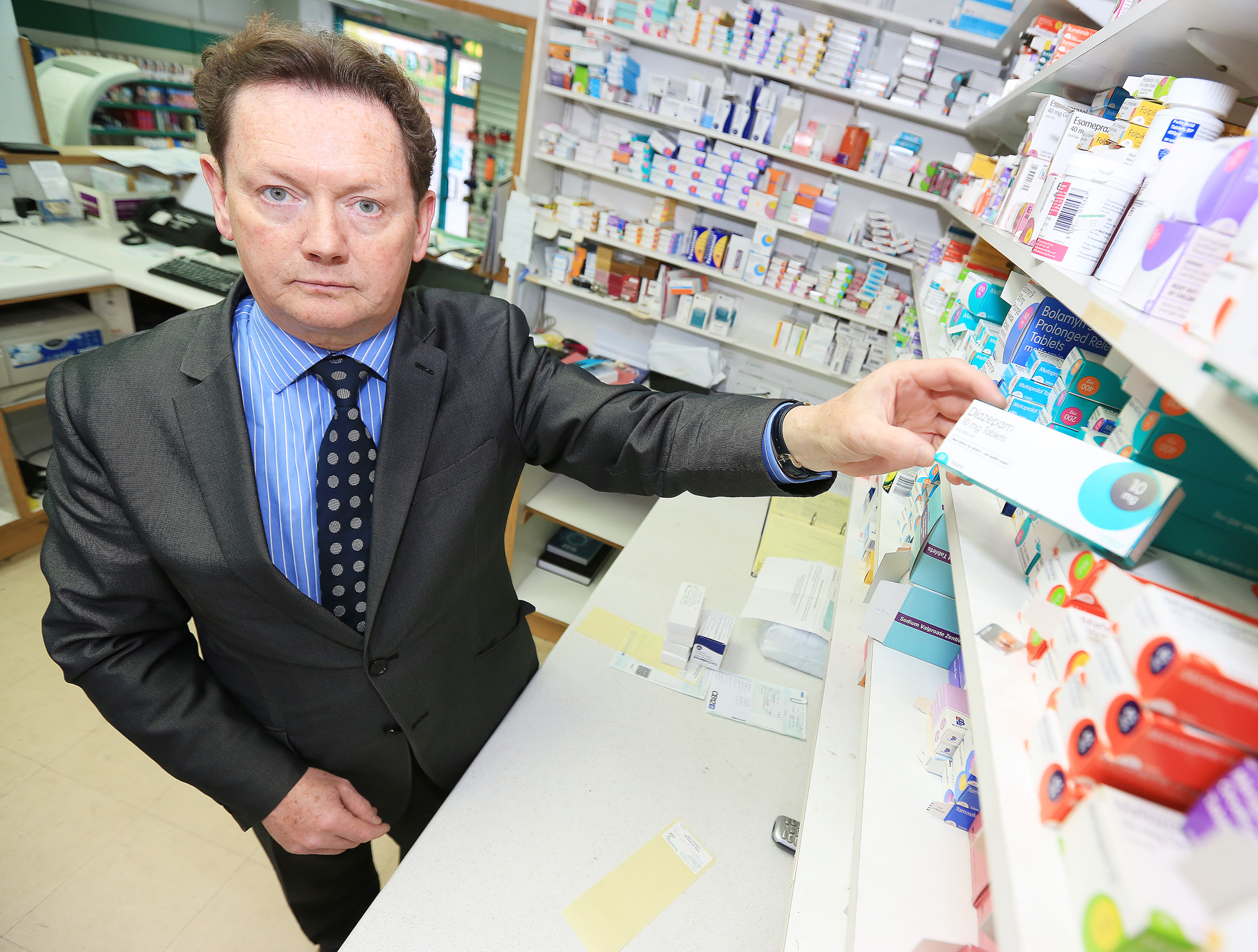 A Belfast pharmacist says he believes a noticeable increase in the misuse of Diazepam tablets across the city may be due to a weakness in the supply system.

Terry Maguire of Maguire Pharmacy said that he has been made aware of and has witnessed a dramatic increase in the number of discarded empty Diazepam boxes – and he believes they’re coming from a legitimate source.

Mr Maguire said that the branding of the boxes made it clear that the drugs had been accessed through legitimate channels and he called for tougher regulation to ensure that they are not making their way on to the black market.

“Very few patients are being prescribed the Diazepam 10mgs we are finding,” he said. “These drugs really have very limited proper use for most clinical practice and therefore you don’t see very many of them being prescribed.

“What we are seeing on the streets and being reported is large quantities of boxes, empty boxes, being discarded across North and West Belfast which are coming from the legal network.

“The issue is that these huge quantities of medicines are coming from a legitimate source in my opinion, which is a concern. What I am trying to get across is that the network system needs to tighten up to ensure that no part of it is letting these leak into the illegal market.”

Mr Maguire said that he believed the quantity of drugs meant that the problem was deeper than individuals selling their prescribed drugs to the black market.

“For me the amounts coming from that source would be small in comparison to someone circumventing normal distribution channels,” he added.

“The boxes that we are seeing are not coming from dispensed medicines because they would have stickers on them. GPs are not the responsible group, you would have to look across the chain to identify a number of potential areas of leak and it would be impossible to identify one area.”

Mr Maguire said that although the class of drug was not “tremendously toxic” it became a real issue when prevalent in areas of social deprivation.

“Alcohol is a much more dangerous drug but if you are combining Diazepam with other drugs, you’re getting the whole raft of social problems intensified against the backdrop of social deprivation,” he said.

“It’s not my background but if you look at the public health aspects of North and West Belfast where we have areas of huge deprivation there is no medical solution to that. All those social issues need to be addressed, if you have social deprivation you will then see drug misuse going on. The two are linked across the world.”

A spokesperson for the Public Health Authority said Diazepam is a type of benzodiazepine which should usually only be taken for a short period of time, and in line with a doctor’s advice.

“They often cause side effects such as drowsiness, dizziness and decreased alertness and concentration. Patients may also start to become dependent on them, especially if they take them for a long time,” the spokesperson said.

“Some patients may obtain these drugs illicitly and take them for effects such as amnesia or to lose inhibitions. They often take them with other drugs including alcohol, and at very high doses. This is very dangerous and can cause loss of consciousness, breathing to stop and can even lead to death.”

The spokesperson added that the Health and Social Care Board and the Public Health Authority are also “aware of the various ways that prescription drugs are being diverted from the legally prescribed and supplied routes and are working closed with regulators and the police to take action where there is evidence of diversion.”