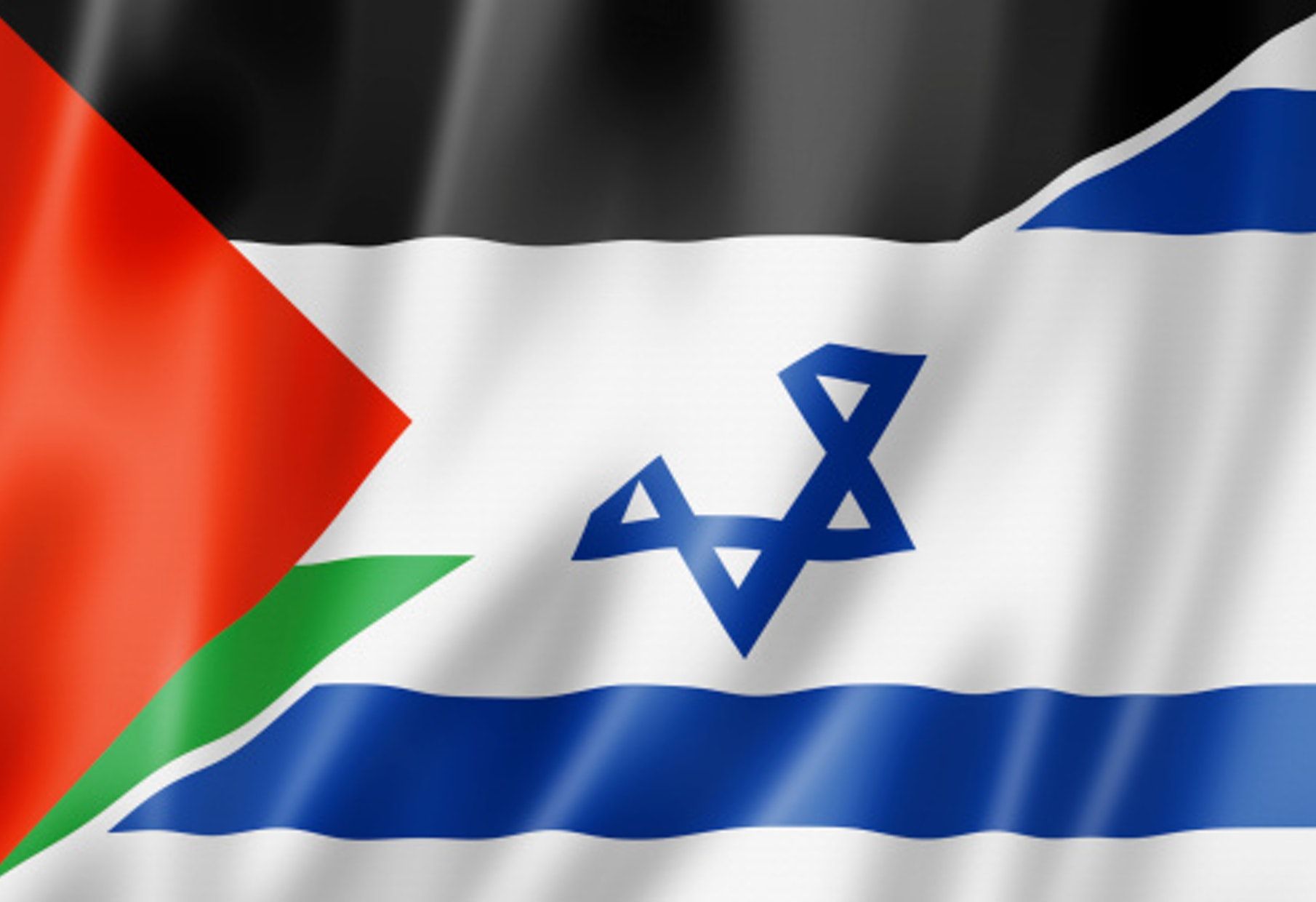 THERE is a huge emotional support for Palestine and Israel, depending on who you talk to about the regional conflict there. Here in Belfast, there are some people who articulate their desire for peace no matter what are the consequences. Is it because of their experience of pre- and post-conflict Northern Ireland?

Naomi Albawab moved from Protestantism to Islam and is married to a Palestinian Jordanian. Paula Tabakin is a lesbian Jewish mother with multiple cultures and migration stories: South African, Irish and Israeli. In the heat of the recent Palestinian-Israeli war, I spoke to Paula and Naomi, two friends who have diametrically opposed views on parts of the conflict but share many ideas on a resolution – this was a big relief. Not everything belongs to a rational choice, some things are products of humanity and dignity and that is why these two people I have spoken to came to an agreement that Palestine and Israel must end the violence.

Do you remember this child?!
Mohammed Shabaan, 8, has completely lost his sight as doctors said.
Mohammed one of the Palestinian victims of the Israeli brutality in #Gaza.

At the Islamic centre in Belfast there are about fifty or so people who have converted from Christianity to Islam. Most of the converts here are from the Catholic religious tradition, less so from the Protestant tradition.

"TRAUMA IS PASSED DOWN"

“When I tell people that my husband is Palestinian, some people tell me that Palestine does not exist,” says Naomi. “I come from a Christian Zionist background. My parents did not believe that Palestine exists. They just believed that they were just people tilling the land and moving around with sheep. My father-in-law was born in Jerusalem in 1967. He wants to take my children to Jerusalem. They can’t go there because they will not be accepted. It is the same dispersion like that of some of the Jewish diaspora, what they went through. The Palestinians do not want to kick out the Jewish people. No. There is a lot of trauma on both sides. This trauma is passed down. This pain has affected my husband’s family so much, it is passed to  the generations. Many people are quietly doing peace work but trust is missing.”

There is a synagogue and a mosque in Belfast but most people are not aware of this. Some years ago there were objections to a purpose-built mosque that was planned for Craigavon. Naomi, herself a very committed advocate of Islam teachings, feels that it is now high time that people here treat the religion with the respect it deserves. She finds it difficult to believe that people actually wrote letters to object to a construction of a mosque.

“The oldest Muslim community in Northern Ireland was in Dungannon. Many of them were initially sojourners travelling to stay for short periods.  They formed their small trading networks, travelling by foot door to door selling clothes, shoes, bed linen as far back as the 1970s. Dungannon was one of their main residential places and others lived in Derry and Belfast. So, Muslims are nearly a fifty-year-old community in the North”

The right to practise one’s faith and in this case, Islam, has been limited by the way Islamophobia and ignorance of it prevents the religion from growing here.

This is the funeral of 15 year old Mohammed Hamayel who was killed yesterday by the Israeli army. May his soul rest in power. Palestinian children are frequent victims of the Israeli regime and its continuous brutalisation of Palestinian bodies. https://t.co/znXHdCCBt1

The Jewish community in Northern Ireland is also very small. Jews have lived here since the 18th century but the numbers decreased because they migrated to other parts of the world. They also moved to Ireland to escape the various epochs of pogroms in Europe.  They are not in big numbers compared to the South.  Perhaps the Northern Ireland Statistics and Research Agency, NISRA should do a wider research before or after the census about the exact number of Jews as a people and the Muslim community.

“My great grandparents were thrown out of Lithuania in the early twentieth century because nobody wanted them there, because they were Jewish,” says Paula. “If they were in Europe for a bit longer into the Second World War, they would have been dead”.
Paula feels that the expulsion of her great grandparents impacted hugely on their lives. “I would say that even now I feel sometimes that we are not wanted because the anti-Jewish rhetoric now in Northern Ireland makes me feel incredibly isolated. This manifests itself mostly on social media”

Paula speaks of confusion and ignorance about the Jewish community.
“You see, 100 per cent of Jewish people are descended from refugees, every single one of us. Europe and Arab countries wanted rid of us, we were a burden so we found our own solution and for a while no-one stopped us as long as we were not their problem. If the country we are in wants to get rid of Jewish people again, there is only one place that will have me and that is Israel.”

Paula Tabakin continues: “When I was in university, I worked as a drama teacher in an Arab school in Jaffa. It was unusual as it was mixed Christian and Muslim, the Arab community version of integrated education. I was the only Jewish person teaching at the school. I was met with suspicion and excluded from decision making. I was writing a play in Arabic, a language I did not speak or understand.  I was trying to tell a story that was not being told better. These were very difficult conversations.”

On the relationship between Palestine and Israel, Paula argues that people “don’t listen and so they are not ready to understand the nature of the conflict, seriously. When people are ready to learn more about the Middle East, they will be uncomfortable, on both sides.”

Naomi agrees. “People don’t realise how they can sometimes misinterpret things on the ground. A lot of people bring English interpretations of, for example, Quran and pass it off in different meanings. In the same way, we are watching international news and not sleeping. A lot is happening. On my husband’s side of the family, a lot has happened; they lost a relative, killed in the Israeli bombings. The ceasefire should have happened earlier. That ceasefire should have happened – my relatives would be alive today. The United States has broken away from and blocked United Nations resolutions regarding Israel.  In 1948, family members of my husband were removed from Yaffer (Jaffa) by the Israeli Army. It is a long sad history. The ceasefire should be a priority for everyone that has a heart. Northern Ireland’s own Good Friday Agreement came after a ceasefire was signed.”

Paula feels very sorry about the bloody events. “I am sincerely sad to hear about the tribulations and very sad events regarding Naomi’s family. My family in Israel are in bomb shelters; they can run into them and hide within 30 seconds of the alarms going off. The Palestinians cannot do that. I am also saddened that people don’t understand that most people do not understand that bombs were targeting mostly Israeli civilians and not combatants. I don’t think that Israel is aiming its rockets at children. I hate the Israeli Prime Minister Benjamin Netanyahu. He is the worst leader we have ever had. He thrives on his ultra-right-wing position and hateful messages and that is how he ended up becoming Prime Minister.”

She continues: “Israel should now speak to Hamas. Israel is not doing its utmost to avoid civilian casualties. I think the two-state solution will work.”

Naomi believes that the old disunity in Palestine is thawing now. “I think Netanyahu has made up his mind. He does not care. He had a way of refereeing to Arab voters during election time in Israel. He just kept expanding the Israeli settlements, they are getting bigger. Netanyahu is taking advantage of ultranationalist voters in Israel. Hamas say they are going to save the Arabs but the Israeli bombs are coming direct to civilians and this will embolden the Palestinians. The Palestinians seem to be more united now. 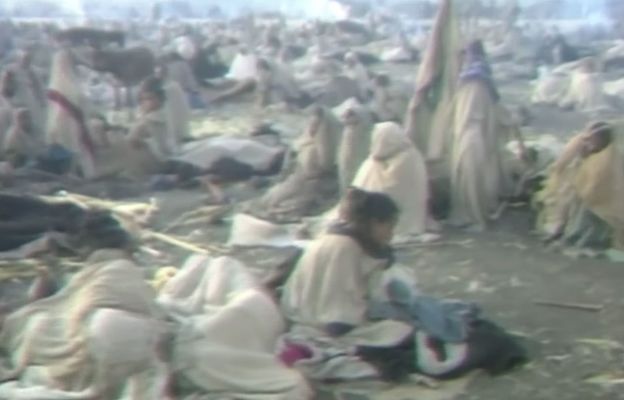 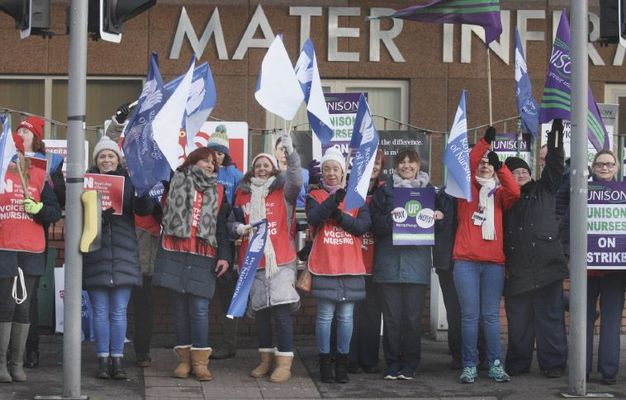 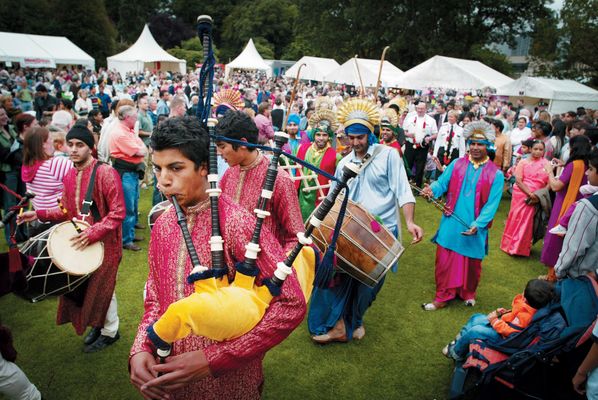