Discover the beauty of Africa in Belfast 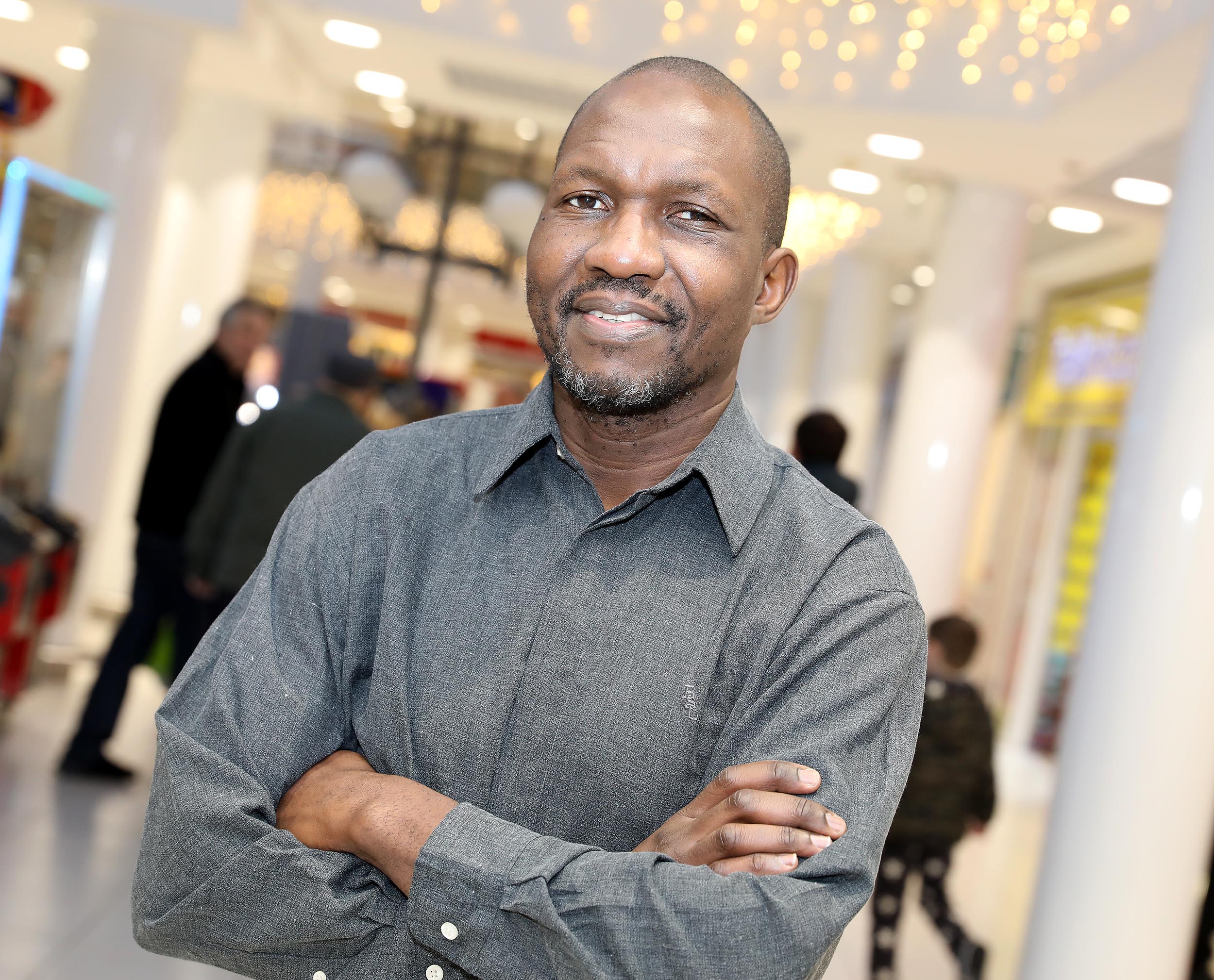 WRITER: Elly Omondi Obhiambo in the Kennedy Centre this week

HOW Do I Pronounce Your Name? That’s a common question. No worries. I can’t even think of how I’ll start pronouncing your very difficult Irish first name. Foreigners will take time to digest the following Gaelic names: Caoimhe, Oisín, Siobhán, Niamh and a host of others. There is a historical context to this and this could just be the colonial remnants that were left in Africa as official languages! But that’s not an excuse, we must spell your names correctly and we hope you compliment migrants likewise. Udhi nade jo Belfast? (how are you all the people of Belfast). Its dholuo language spoken by people of the Luo community. The Luos were split around the East African borders of Kenya, Tanzania, Uganda South Sudan by migration southwards and during the remapping of Africa in 1885. That’s a story for another day. Luo is among hundreds of different African languages and dialects spoken in Belfast. Most Africans are in many cases authoritatively bilingual, spoken and written, no supernatural powers there, just a fact of life and that’s before you include the colonial language English, French etc, so effectively trilingual. In many encounters Africans residing in Ireland are often politely teased with the query, can you speak African please? Honestly, we don’t get offended by that question, generally the interlocutor would probably have assumed that “Africa” is a Pan-African language. I wish! The continent has over 3,000 languages, dialects and subcultures. Notwithstanding, the four countries listed above are just a small fraction of African nationalities in Belfast. There are many. The population of perhaps the total sum of 54 African countries as represented in Belfast could be in the thousands – although being hypothetical is not my cup of tea. West and North Belfast are probably the more African by headcount, followed by South and then East of the city. Some African countries are more visible than others here and we shall come to that in one of my future writings here at Andersonstown News. I just can’t wait. There is so much to explore in the lives of Africans in West and the rest of Belfast; when you are inside the broth, it is the freshness you will get in this column moving forward, the smell, beauty and finesse of Africa. Having authored articles on migration in this past decade, it will certainly be a new environment to revisit, new faces, adults and also growing youthful population of first, second and third generation people who were either born in Africa or strongly identify with the continent because of family ties, social or legal reasons. n Elly Omondi Odhiambo is a freelance writer based in Belfast.