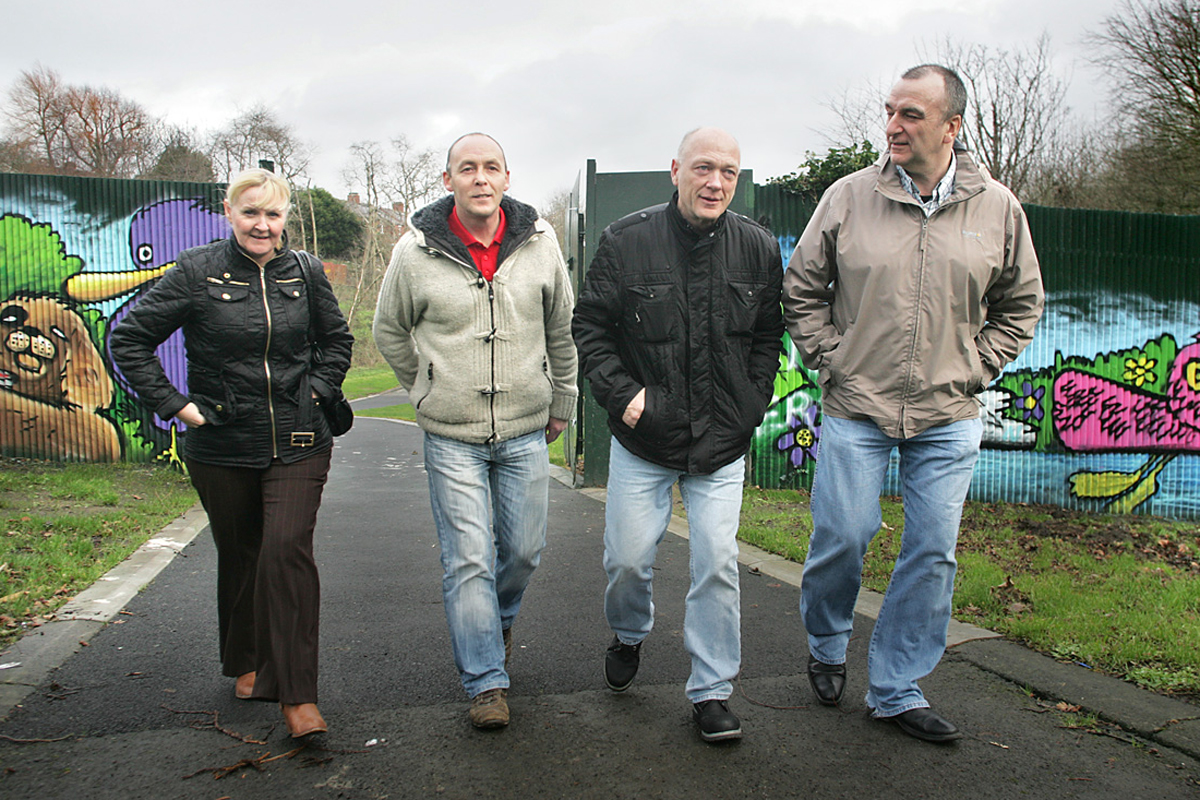 The opening of a gate in the wall of the only divided park in Western Europe has been so successful that the opening hours of the peace wall could be extended.

After the first three months of the scheme local people are so happy that the opening hours could be extended, after consultation with the community.

Local interface worker Gerry O’Reilly said the success of the project is a testament to improving relations between the two communities living either side of the wall.

“When we first opened the gate in September we said it would be opened temporarily for three months and then we would review,” he said.

“Now those three months are up we can see that it has been very successful. There have been no incidents. No clashes and we are now looking at extending the opening hours of the gate.

“This will only be done through consultation with the local community. This really is a massive plus for the community, people are comfortable walking from top to bottom of the park and vice versa. Bit by bit we are breaking down the sense of them and us.”

“Everyone here has been giving us very positive feedback over the past three months.

“It has had a big impact on people in the surrounding areas who are happy to go about their business in the park. People are saying it should have been done ages ago, we are taking small steps here but this is very positive.”