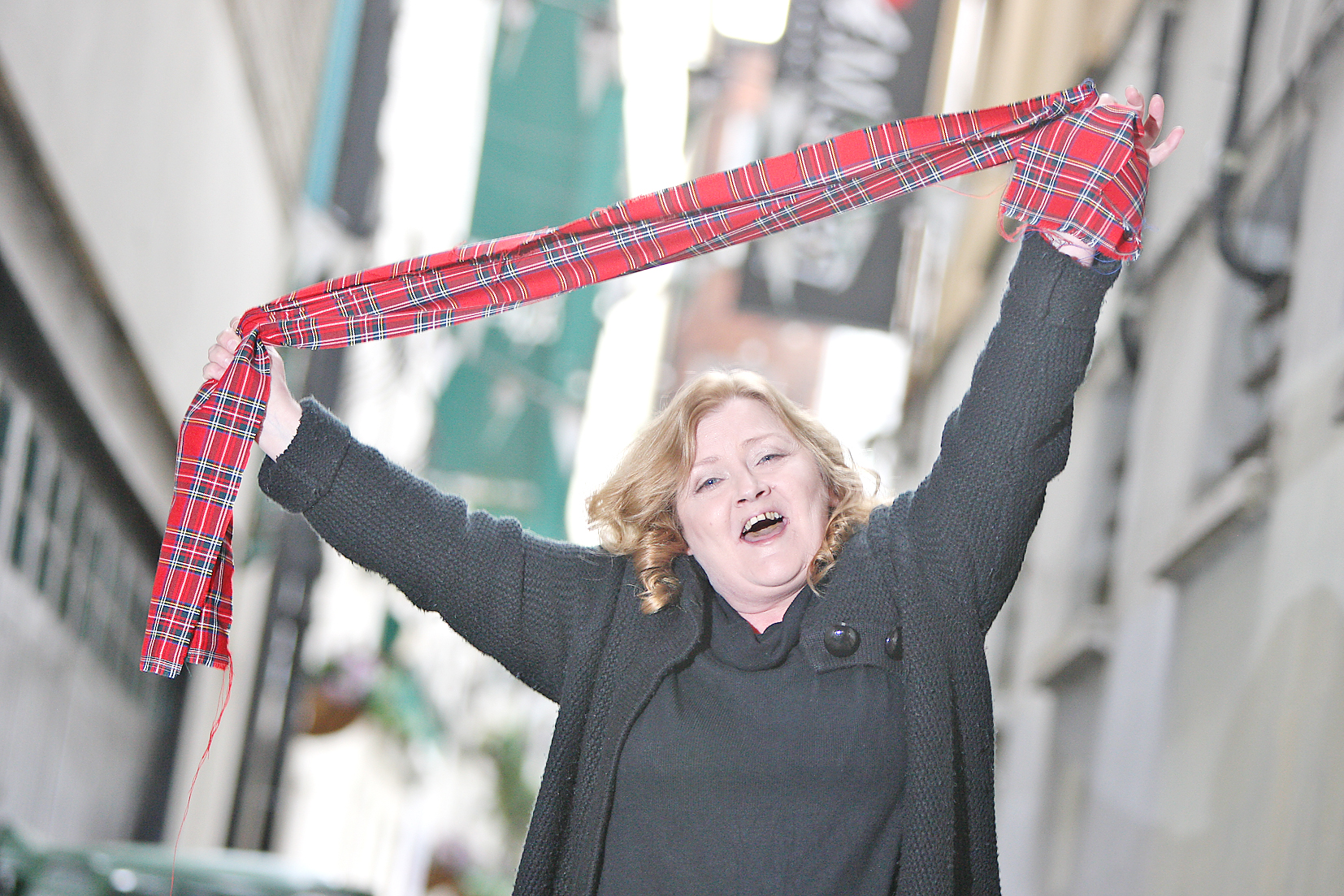 I meet with the co-scribe and star of ‘A Night With George’, Donna O’Connor, at a city centre coffee shop and the beverages are on me as it is the actress’s birthday.

After the runaway success of ‘George’, the prospect of premiering her latest work at the Waterfront might seem like a daunting one – but as she celebrates her 52nd birthday, the actress and playwright has got other things on her mind. Donna’s just been given the all-clear after a battle with kidney cancer and even though she’s clearly got a lot on her plate at present, she tells me she’s in “fighting form”.

“I was diagnosed with cancer of the kidney three days before Christmas 2014. I tried to put the kidney on eBay nobody wanted it,” she laughed.

“Kidney cancer seemingly doesn’t respond to chemo or radiotherapy. The doctors removed the tumour and basically it’s just really a matter of surveillance and making sure it doesn’t spread to other places. The surgery was complicated as the surgeons hit an artery and it took me longer to recover from that than the removal of the tumour.

“This past nine months have been a chance to get back on my feet. It has been a long, slow and painful process and I was, I’ll admit it, a quivering wreck and under awful stress. But I feel I’ve turned a corner now and it’s all go with the new work.”

Producer Joe Rea from GBL Productions has handed Donna what she calls a “dream team” to work on her new play, ‘Handbag Positive’ – director Alan McKee and actors Alexandra Ford and Christina Nelson are all on board.

“It’s so different this time round. I spent six years doing the one-woman show with George and it was very punishing energy-wise. Now it’s a case of, I’ve written the words, let the actors run with it.”

Handbag Positive tells the story of two middle-aged women, Attracta and Nora, former best friends who have drifted apart over the years. Both have ended up caring for their elderly mothers and, as fate would have it, they bump into each other in an A&E waiting room.

“The pair exchange memories – as well as insults,” explains Donna. “The term Handbag Positive comes from doctors’ slang – it refers to an older, confused woman sitting in A&E holding on to their handbag. It ties in with the plot of the play.

“We find out more about these characters, what has happened to them, what has gone on in their lives in the interim. The two actresses are brilliant as they play both middle-aged women and teenagers and I’ve thrown in a fair bit of Bay City Rollers, the One Direction of their day, as their music was very much of the time, the mid-1970s in Belfast. You’d know a fan by their tartan trousers or scarf – I was always more of a Donny Osmond fan though!”

A prototype of the play was performed at Féile 2013 – but Donna has responded to audience demands to beef it up for the imminent Waterfront run.

“I feel that’s it a new era for me as a writer. The play did really well when we debuted it back during the Féile in 2013 and we have tweaked and changed parts. People came up to me afterwards and said that the play was over too quick, that it left them wanting more. Well, here you go.

“I’m looking forward to the Waterfront run and I’m hoping to see a good few familiar faces in the audiences come opening night.”

Handbag Positive runs at the Waterfront Hall from October 16 to October 30. For more information call the box office on 90 334455 or visit www.waterfront.co.uk