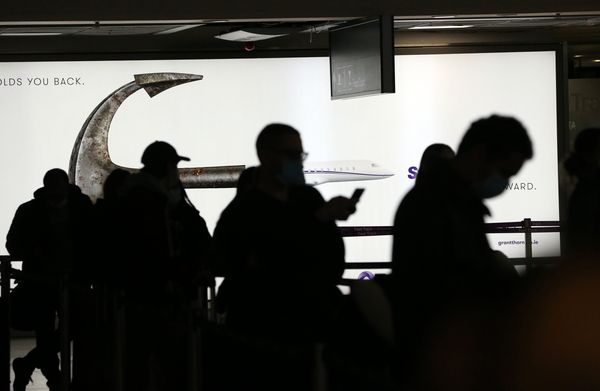 The words of the song ‘Two Worlds Collide’ are being enacted in front of us with the conjunction of Jupiter and Saturn, not seen since well before the Battle of the Boyne, in 1623.

New battles are being fought with the conjunction of a viral pandemic with outworkings of the vote in England and Wales to leave the European Union but to leave the North of Ireland in the Customs Union.

The lack of a trade deal as Brexit approaches is adding to the woes of society.

One supermarket has warned that produce which comes from Europe at this time of year may soon be in short supply and with trucks queuing on the M20 and at Manston Aerodrome in Kent, little is being revealed as to what effect all of this will have on the supply of Covid vaccines made in Europe.

The Pfizer vaccine has being approved by the European Medicines Agency (and is soon to be available in the South) and the Moderna vaccine from Maryland has been approved by the Food and Drug Administration in the USA. The latter offers a less-demanding cold chain making it easier for our GPs and less-developed countries to vaccinate with.

Other medicines and medical devices made in Europe may also be delayed or fail to appear on our chemists' shelves.

Amidst all this hullabaloo, the Health Committee were in the Assembly Chamber on Thursday past as the political worlds collided with Colin Gildernew, Chair and Sinn Féin MLAs backing Health Minister Robin Swann of the UUP in his plans to deal with a new variant of the Corona virus.

This worrying variant is becoming all too prevalent and is spreading more rapidly, increasing the R number and affecting younger people, if less lethally.

Travel bans announced in other countries challenged the DUP who said a ban on travel from Great Britain was not necessary given regulations there and later legal opinion that it would take over 48 hours to enact, even if they had the powers.

A ban on travel from GB would be against DUP dogma and the effect of the new variant on schoolchildren forced the DUP minister Peter Weir to defend his dogmas on face-to-face teaching when remote learning and blended learning are available.

Carál Ní Chuilín from Sinn Féin echoed the views of many teachers who suspect that efforts to keep schools open in January have more to do with protecting the 11-Plus examination tests than the health of pupils, teachers, parents and grandparents.

Robin Swann intimated that the Chief Medical Officer had asked Peter Weir to consider changes to his policies but had been rebuffed.

In the Assembly, People Before Profit MLA Gerry Carroll accused Minister Weir of putting lives at risk by his return to school policy. “You are potentially putting the lives of students, teachers, education workers and vulnerable people at risk,” he said.

Christmas has been curtailed and we are beginning to see that the advice of the World Health Organisation at the start of the pandemic to keep ahead of the virus is ringing true whilst the half-hearted approach of governments influenced by other agendas has been making things worse.