Drugs findings to be launched 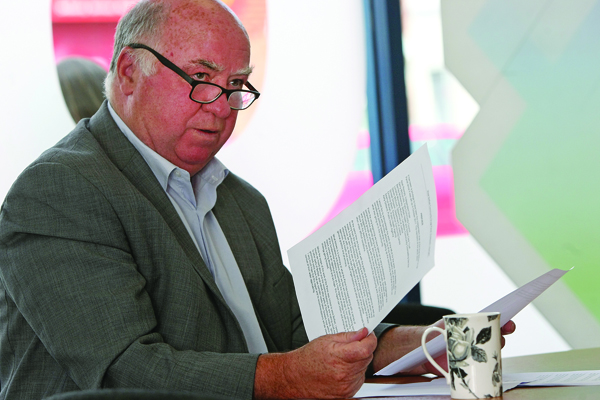 THE drugs panel set up in the wake of several death in West Belfast last year are set to release their findings on Monday.

The independent panel, who comprise of community leaders and statutory agency representatives, have spent the past six months engaging with mental health and addiction experts, community organisations, public sector organisiations, the Department of Justice and the Chief Medical Officer – as well as families who have been affected due to the drug scourge.

Speaking to the Andersonstown News ahead of Monday where they will release their findings, Noel Rooney, the independent chair of the panel, said: “This is a community led, independent panel with statutory representation, that’s the unique nature of it and it’s a model that we would suggest would be appropriate throughout the north in terms of engaging directly with the community.”

Through their findings the panel are expected to list a range of strategic recommendations. These include a long-term process of challenging and changing substance abuse culture in West Belfast.
Noel Rooney said: “There are no instant solutions to any of these problems and that’s what we will be saying, but if all of our recommendations are put together they would help considerably.

“The dangers of drugs, the drug culture, if we were able to turn that around like cigarette smoking with legislation and education and campaigns, if we could do the same with the drugs issue then we will have considerably moved on and that is one of our major recommendations. We need to change the culture, make it unacceptable.

“We are also recommending that community organisations, particularly local organisations who are providing services to families and people with addiction issues are properly funded over time rather than the ad-hoc funding process that currently exists.”
On Monday afternoon the panel will launch their findings in St Mary’s University. However, on Thursday evening they will give a special briefing to the families they have engaged with throughout this six-month process.

Mr Rooney said: “We met with some of the families affected by addiction throughout this process and we will be meeting with some of them again tonight (Thursday) before the findings of our report are made public.