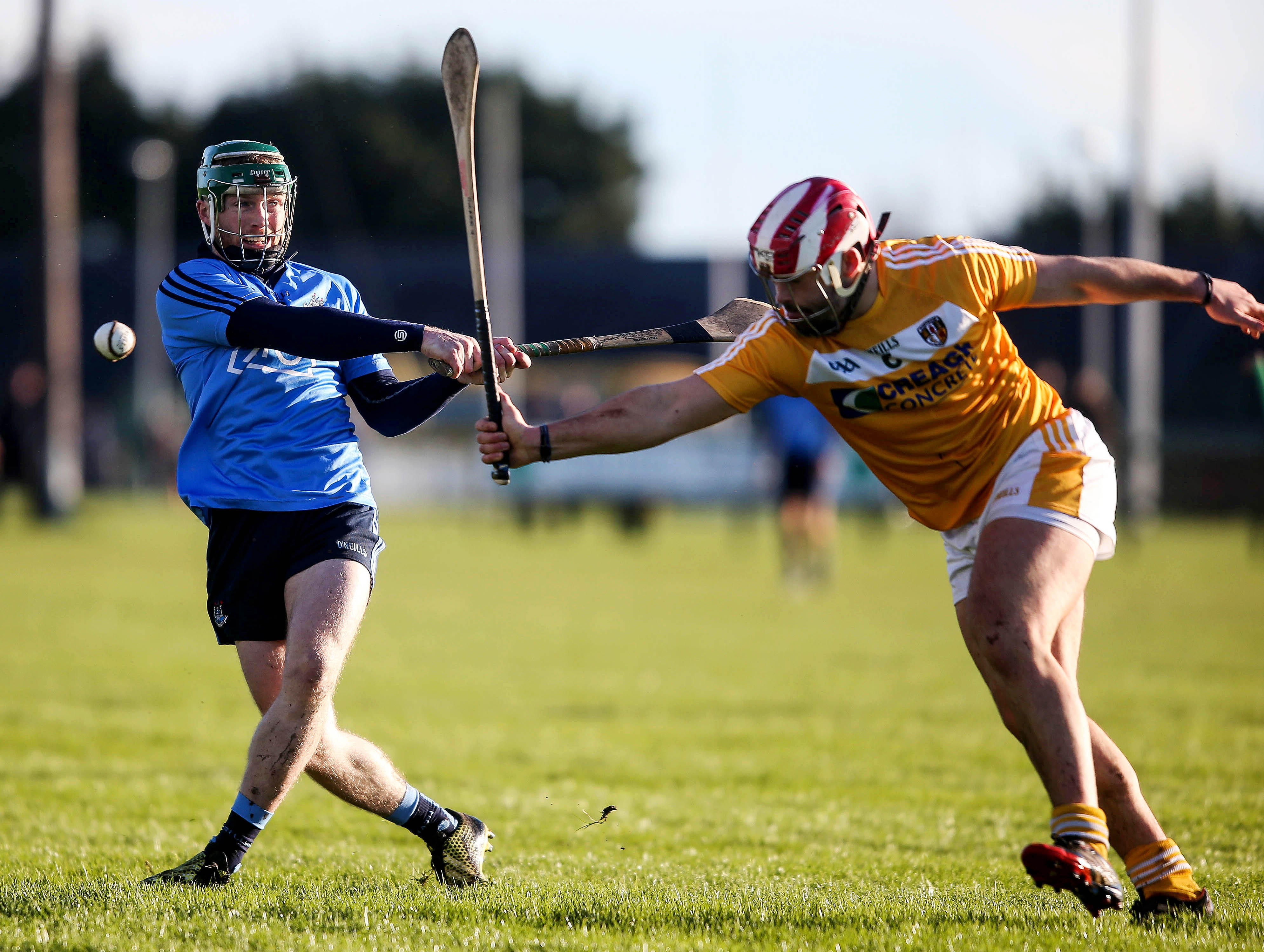 FROM DCU: Antrim suffered a second successive Walsh Cup defeat at Dublin City University yesterday as the Metropolitans upped the ante in the second half to run out emphatic 14-point winners.

After an entertaining first 35 minutes, the Ulster champions were only a single point in arrears at the break and a point from Niall McKenna levelled proceedings on the restart.

However, the home side showed their undoubted class in the second half and won pulling up, with second-half goals coming from Eamon Dillon and substitute Sean O’Reilly to give Ger Cunningham’s side a second win in the competition.

Despite Dublin’s comfortable win, Antrim proved a match for their rivals for the first 40 minutes at least – something which greatly pleased manager PJ O’Mullan, who insisted that their sole focus is on their National Hurling League opener against Derry on Sunday, February 14.

“I think for 40 or 45 minutes we contributed to a good game, said O’Mullan.

“We are not used to playing at that level.

“I’d rather play 25 games against Dublin than, with the greatest respect, playing against the university sides. It is the only way we are going to learn. The only date that is in our head at the minutes is Valentine’s Day (against Derry).”

Dublin made the brighter start and a good move resulted in an early goal for Paul Ryan after four minutes.

Once Antrim settled into the game, they more than matched their opponents with Eddie McCloskey and midfielder Kevin McKernan landing eye-catching scores.  McCloskey then capitalised on a loose pass by the Dublin defence to sprint clear and tuck his shot beyond Conor Dooley in the Dublin goal to tie the game at 1-4 all after 21 minutes.

Further scores from McKernan and Liam Watson helped keep Antrim in touch but Dublin always seemed to pick off a score immediately after the Saffrons equalised.

Centre-forward Niall McMorrow and Ryan linked up well and between them hit 0-5 in the final 10 minutes of the half to give the Dubs the narrowest of leads at the break, with Watson landing a brace of frees before half-time in reply.

Hopes that Antrim may have been able to cause an upset were raised after Chrissy O’Connell made two fine stops in quick succession early in the half.

The Loughgiel keeper was at his brilliant best to deny Chris Bennett a certain goal before he threw his hurl above the crossbar to prevent Darragh O’Connell from scoring a point.

But the Antrim number one could do little to stop Dillon’s bullet of a shot from finding the bottom of the corner on 46 minutes.

For the remainder of the contest, Dublin were firmly on top as Antrim’s challenge wilted on the heavy DCU pitch.

O’Reilly capped an impressive cameo with a well-taken goal on 55 minutes while Liam Watson hit two points late on to bring his tally to 0-9, including seven frees.

Antrim’s final Walsh Cup game sees them taking on the students of UCD on Saturday at the Queen’s Arena.