DÚLRA: It’s a very long way from tree to garden 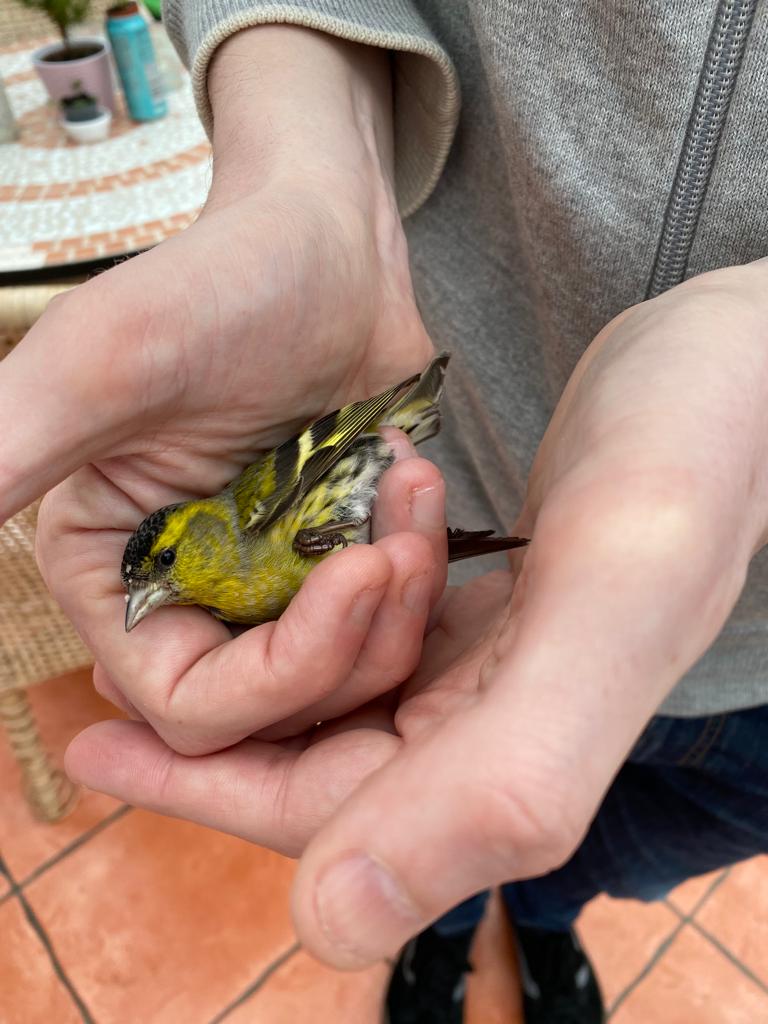 SPOOKED: A flock of 40 siskins panicked and flew quickly away from Dúlra’s sunflower feeders – this one went straight into the kitchen window; thankfully he’s fine and off with his mate to build a nest

1963 was the year the siskin’s life changed. That was when one single bird decided to break with millennia of evolution and drop down from its beloved trees to take a chance with a garden feeder.

Until then, it was a bird as much of legend as reality because only the most dedicated birdwatcher had ever spotted one.

We used to hear the odd winter rumour that there were flocks of them feeding on alder trees on the banks of Lough Neagh, but that may as well have been Siberia to us. You’d never see it in the fields or mountaintops around Black Mountain, yet that was the domain of all its cousin finches like the goldfinch, linnet and redpoll.

The tiny green siskin, siscín in Irish, occasionally passed high overhead like one of those passenger jets on its way to America. When a bird was in range, mountain man Jimmy Garland used to tell us birding novices to be silent so we could hear the low whistle before pointing to a tiny black dot against the clouds. Dúlra never forgot that call, but it took another generation before he set eyes on the bird itself.

It was only in the last decade or so that the influence of that first bird who took to a garden in 1963 arrived all the way to Belfast. And suddenly, that one-time black dot in the sky was right before Dúlra’s eyes in his own back garden. It was worth the wait as it’s a bird Dúlra will never tire of, probably because he was starved of it for so many years.

The male in particular has patches of green that look battery-powered, like they’d even glow in the dark.  But the unique thing about siskins is that they just don’t 'get' people or our gardens. We aren’t a danger or a distraction. In their world, we don’t seem to even exist.

The siskins that hung on Dúlra’s sunflower feeders this winter didn’t care if you walked past. You could put your hand out and almost touch them.

Throughout their evolution, it’s clear that people have never been a threat. These are birds of treetops, where they pick tiny seeds out of conifer and alder cones. Up there, they’d be buffeted by the wind but they’d hang on like they were a part of the tree itself.

That’s how they also cling on to the feeders, arriving like missiles and sticking to them like limpets. Gravity doesn’t mean much to siskins,  you’re just as likely to see them upside down as right-way-up and it seems the seeds manage to go down into their stomach either way.

After half-a-lifetime of being denied a single siskin, this year Dúlra was inundated – in fact there were so many of them that the neighbours thought Dúlra had opened an aviary or was playing a tape of birdsong!

Last week there were 40 siskins in total, and boy do they like to chatter. Experts in the past used to be able to work out their calls, it was the only way to find their secret nest in the treetops, when the male calls the female off the nest.

But in Dúlra’s garden, the 40 birds all seemed to chatter at once, talking over each other. It’s a truly incredible sound that Dúlra has been blessed with.

While Dúlra was admiring them on the feeder this week, something spooked them and they suddenly scattered. One bird headed straight in Dúlra’s direction and smashed into the kitchen window.

He ran out and it was sitting on the path, thankfully stunned rather than dead. The window already is covered with stickers to prevent that very thing happening so Dúlra will just have to put some more up.

It was a beautiful male – have you ever seen such a stunning bird? Dúlra kept it warm and still in his cupped hands for a few minutes before bringing it back out into the garden. The flock was chattering as usual in the holly tree, and when Dúlra opened his hands, the wee bird jetted back to his mates – and no doubt his mate.

Then on Tuesday, they all suddenly disappeared. It might still be freezing, but their biological clock is ticking and it’s time to find a conifer tree to build that nest in. They'll head for the hills and the treetops – to the wilderness. But come autumn, Dúlra's feeders will be waiting for them once more. 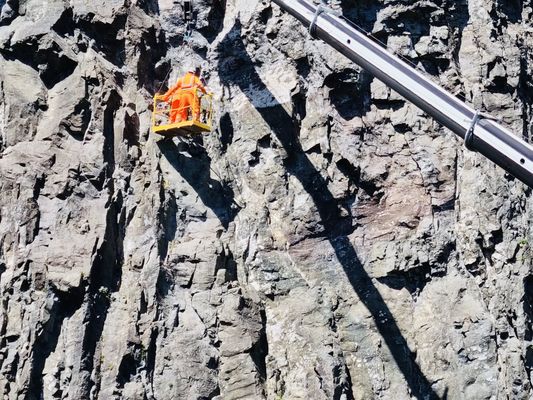 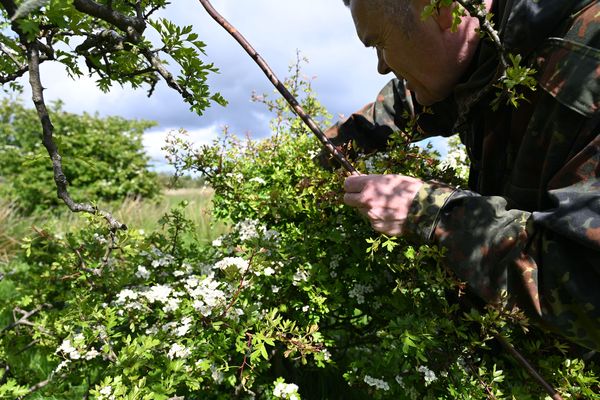 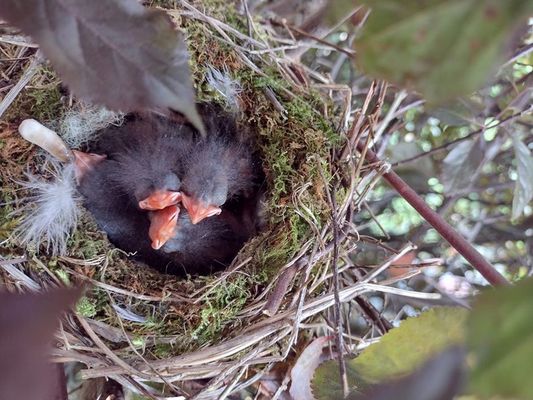