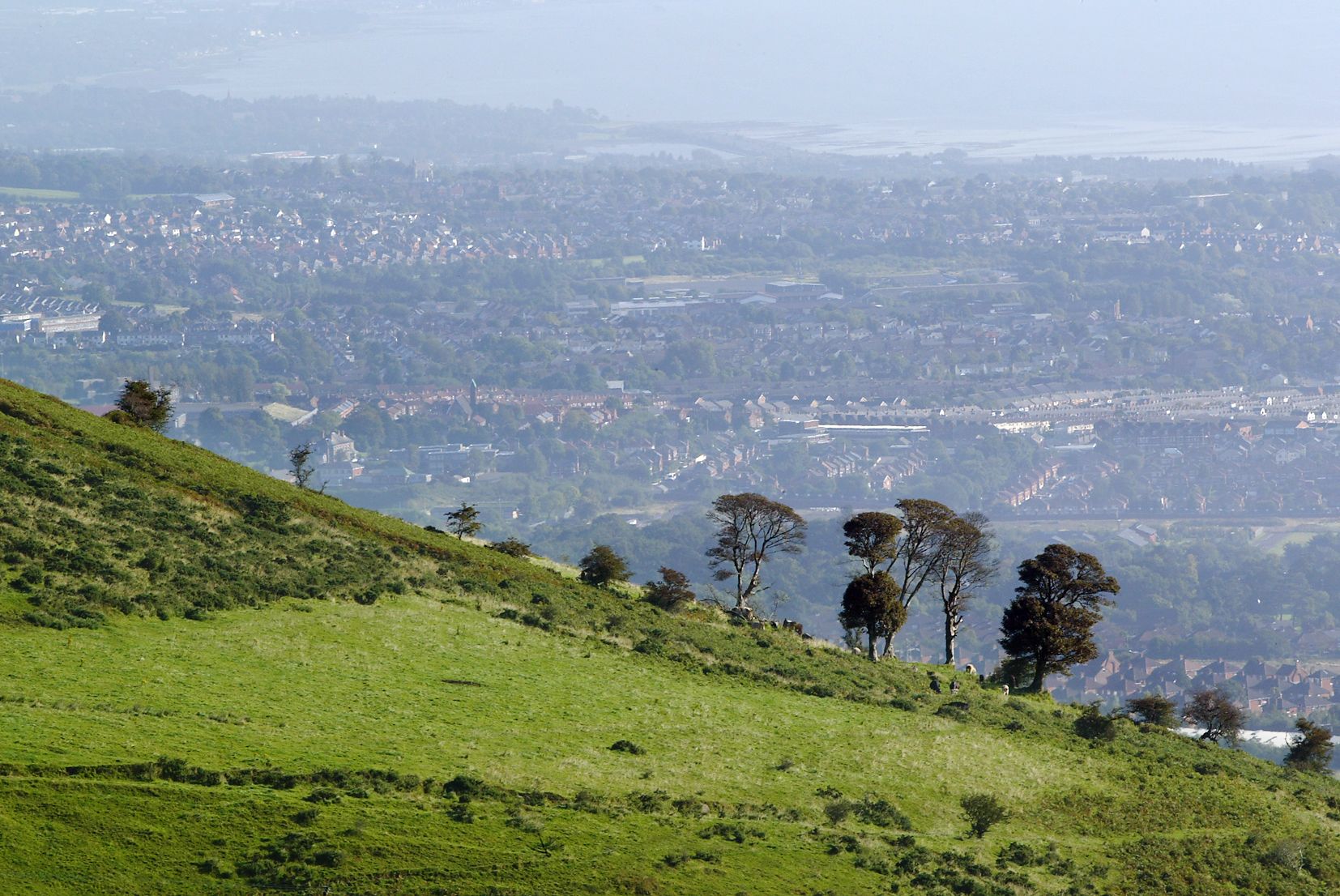 TOGETHER: People and nature live next to one another in Belfast

And the incredible thing is how quickly nature returns to claim its rightful position. In fact anything that restricts the movement and growth of the human race is a good thing for nature.

We’ve relentlessly pushed it to the margins – often literally, which is why environmentalists have been reduced to appealing to councils to stop mowing road verges or spraying weedkiller on them – tragically these narrow slithers of land are the last refuge of many precious Irish plants.

But in much the same way that wildflowers will spring up from newly turned soil, wildlife has crept back from the margins of our lives to be centrestage.

Jays have returned to Dúlra’s garden for the first time in years. This forest crow is so shy it’s normally only seasoned birdwatchers who will recognise it. These beautiful jays have been joined by a pair of bullfinches – again, they were only rare visitors before lockdown.

People have reported hearing more songbirds in their neighbourhoods – in fact it’s just that noise ‘pollution’ from traffic has been reduced giving the birds a clear run and people hear them more because they are spending more time working from home – maybe even with the window open – and going for walks.

But it’s not at the garden level that the lockdown renewal has been most noticeable. In fact it’s high up in the sky.

It's our #picsoftheweek 📸, showcasing some of your stunning wildlife photographs 😍. Don't forget to tag @UlsterWildlife for your chance to have your pic featured. Love💚 NI's wildlife? 🍄🐿🐳Join us today & play your part in nature's recovery 👉https://t.co/6qQiSQnitC pic.twitter.com/byWy4CLy44

Our birds of prey are the real beneficiaries of the pause which has been put on our lives. Dúlra has never seen so many in his life as he’s seen in the past couple of months.
Sparrowhawks are constantly patrolling our gardens seeking out prey – you'll often see them crossing our main roads into the next row of gardens –  kestrels have come back from the brink of possible extinction to hover once more over our hillsides and grasslands, while, most amazingly, a buzzard is soaring above Dúlra’s house almost every time he goes out the door.

There’s a couple of reasons for the boost to our apex birds at the top of the food chain. One is that the persistent development of the land around the Belfast hills has been put on hold – that’s the area where these birds breed. The second is that lockdown has been great for garden and more common birds who have enjoyed a bumper breeding season – and that means a bountiful supply of naive youngsters that can be picked up by birds of prey like they were visiting a McDonald’s drive-thru.

It’s hard to know why exactly buzzards, clamhán in Irish, have successfully colonised Belfast in just a couple of years. They are now at the very top of the food chain – the biggest birds in our skies since we wiped out the eagles which bred on our hills just a century ago.

Their eerie, piercing shriek is like something you’d hear in a western movie as the vultures circle.

But unlike vultures or eagles, these massive birds don’t have much of an appetite. They're just as likely to feast on a frog as they are a rabbit or any other bird.
And so while a visiting sparrowhawk or kestrel will strike terror into the hearts of the birds that feed in Dúlra’s garden, they ignore the massive, shrieking bird of prey circling directly above them.