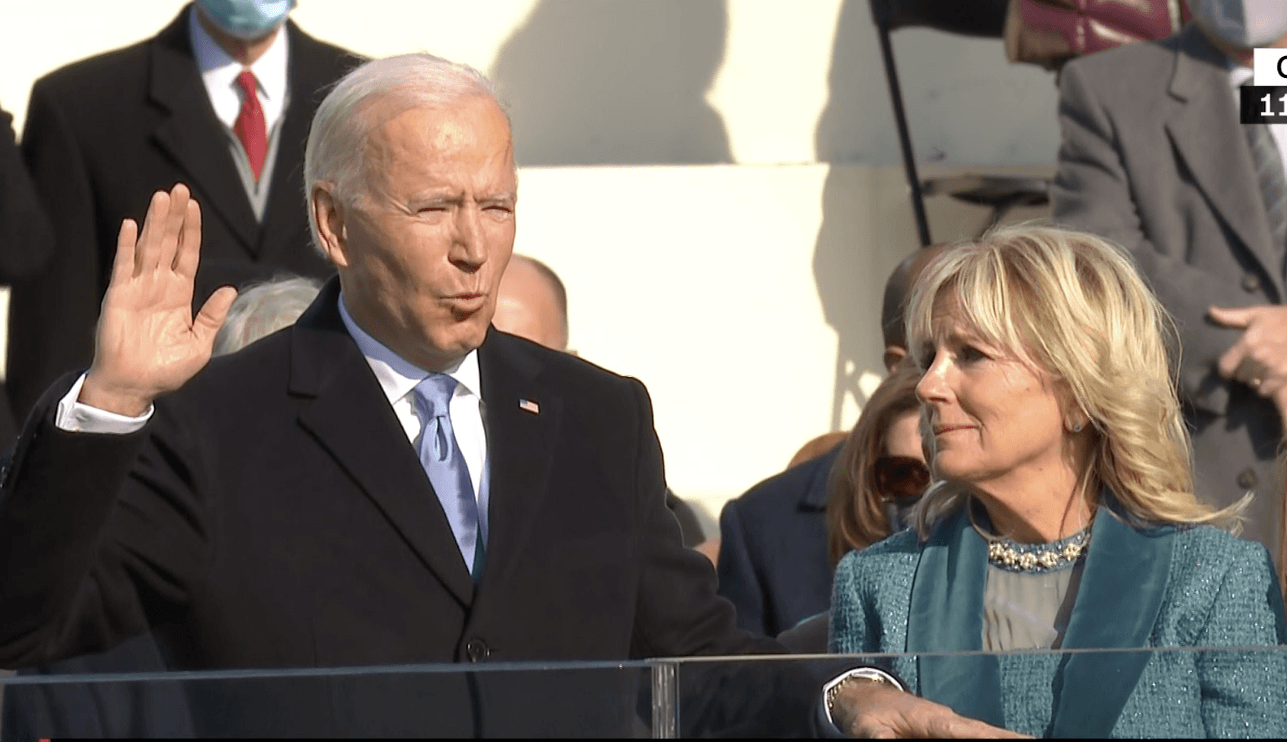 APPOINTMENT OF ENVOY IMMINENT: President Joe Biden who has repeatedly underlined his commitment to the Irish peace process

A St Patrick's Day appointment of a new United States Special Envoy to Northern Ireland may be on the cards as speculation mounts over the identities of those being shortlisted by President Biden for the job.

The post has been vacant since the last incumbent Mick Mulvaney resigned over President Trump's incitement of the mob which attacked the Capitol Building in Washington DC on 6 January. Mr Mulvaney, a former chief-of-staff in the Trump White House had only been appointed the previous March, three-and-a-half years assumed office.

Minister today met with US Special Envoy Mick Mulvaney to discuss a range of issues including the importance of US foreign direct investment and future trading opportunities between the two countries pic.twitter.com/KPr5Zajmll

But now, led by the The Irish Echo newspaper and the Ancient Order of Hibernians Stateside, thousands have signed a petition urging POTUS to make a swift appointment of an engaged Envoy who can bolster the peace process, ensure Good Friday Agreement commitments are fulfilled and seize the economic opportunities from the Northern Irish Protocol under the Brexit deal.

Among those reportedly being considered for the Envoy's job are former New York Stock Exchange President Duncan Niederauer, who brought the NYSE to Belfast in 2008, who is believed to be a favourite of the Belfast business establishment. Also in the mix Bart Murphy, an eminent Irish American solicitor in San Francisco who is Chairman of the Irish Lobby for Immigration Reform. Also believed to be in the frame is former President of the Senate in Massachusetts, Therese Murray, who has visited the North of Ireland on several occasions and who is favoured by a Derry-based lobby.

Earlier this week, Sinn Féin leader Mary Lou McDonald backed the Special Envoy campaign. “The appointment of a Special Envoy is a crucial element in protecting our agreements and realizing their transformative power for this and future generations," she said.

In a statement backing calls for the Envoy appointment, Ireland-U.S. Council President Tom Higgins said he was confident the appointment would be welcomed by "all people of goodwill "who are working to ensure that in these post-Brexit days, no institutional or other changes will be allowed to occur that might compromise economic growth prospects and the harmonious peace that has been such a blessing to the Island of Ireland since the last decade of the 20th Century".

Florida-based Higgins, who is Executive VP of FiServ, added: “We sincerely believe that the Irish Protocol to deal with issues in Ireland arising after Brexit presents the best opportunity to safely and prosperously navigate the potentially choppy waters that these times present. It is vital that there be a smooth implementation of the outstanding commitments in the Good Friday Agreement.”

The Brexit outcome, he said, represented a best of both worlds outcome. “We strongly believe there are magnificent opportunities for economic renewal and fresh economic growth arising from the unique new dispensation where Northern Ireland enjoys all the advantages of remaining within the European Union’s Single Market and its Customs Union, while at the same time enjoying unfettered access to all British mainland markets," he said. "Truly, it is the best of both worlds for all the people on the island of Ireland. We believe the appointment of a Special Envoy by the United States at this time would make a major contribution to this process.”