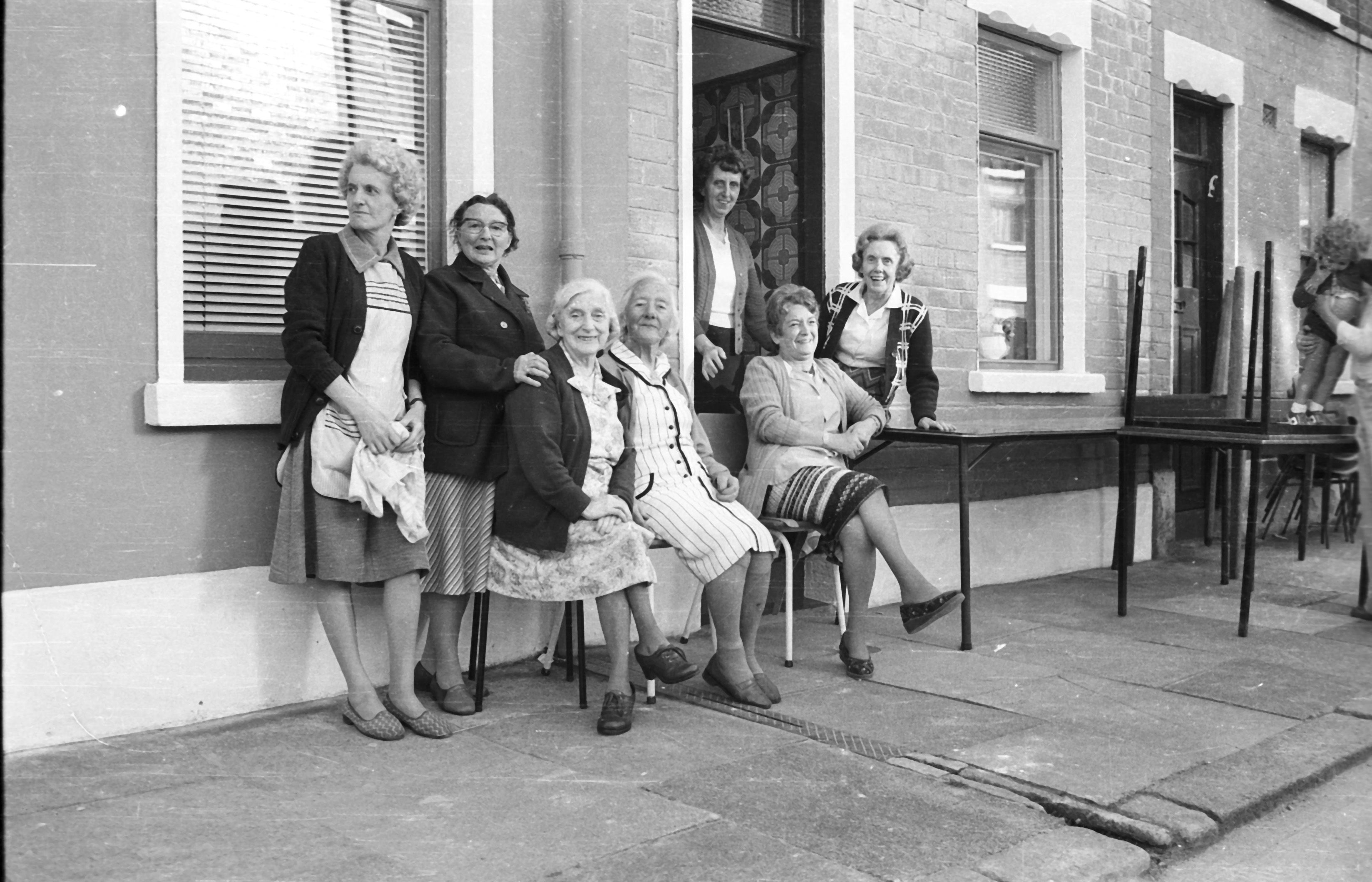 TAKING IT EASY: These ladies were enjoying a street party as the summer of 1979 came to end

Loyalist killers on the rampage

AT the time of going to press, three Catholics have been murdered by the UFF in what appears to be the beginning of another sectarian pogrom aimed at terrorising Catholics in order to put pressure on the IRA.

Pat Hardy, Gerry Lennon and Harry Corbett had absolutely no connection with any branch of the Republican Movement, let alone the IRA, and their deaths follow the now accepted pattern of the blatantly sectarian loyalist paramilitaries.

The UFF first made its ‘official’ appearance in June 1973, when it admitted responsibility for most of the Catholic assassinations the year before. Up until then no one organisation had admitted the killings. The UFF was clearly connected with the group which had admitted responsibility for the killing of John McCormack, a Portadown man working in the lower Falls, and killed at Raglan Street on Monday 14th May, 1973 and which stated: “We were responsible for most of the assassinations last summer, and are issuing a warning to the IRA that if they keep on murdering members of the security forces and harassing loyal citizens of Ulster, we will take very stern action against Roman Catholics.”

Most people feel that their much publicised ‘Death List’ of ‘known’ IRA men is nothing more than a feeble attempt to excuse their blatant sectarianism.

THE Editorial Board of the Andersonstown News are angry and concerned at the blatant attempt by the authorities to prevent it from functioning properly as a community voice of the people.

One of our photographers was detained in the company of Pierre Salinger and his French journalists at the Sinn Féin press conference on Monday morning, and has been held incommunicado sever since.

First the RUC refused to confirm that he had been arrested at all. Eventually, they did admit that he was being detained under Section 11 of the Emergency Powers Act, but in all the press releases since then, not once has the Andersonstown News reporter been mentioned.

Prominence was given to the release of Salinger and the other journalists, and also the continued detention of the three Sinn Féin members, but the holding of our reporter is being withheld from the public for some other reason. We hope that there is nothing sinister in this withholding of information, and that this is not the beginning of a campaign to prevent us from publishing the truth, no matter who it annoys.

Politics is the name of the game being played by the Vatican in excluding the Six County area from the Pope’s Irish itinerary.

In a bend-over-backwards exercise to please the British and appease the Loyalists, the Pope has rejected the North’s Catholics and told them that, despite their Catholic faith and loyalty to Rome (not to mention Jesus Christ), where international ‘diplomacy’ is at stake, they don’t count.

It’s a bitter blow, and all the more so because it’s undeserved.

God knows, if there’s one group of people in the world who need a Papal visit, it’s the Catholics of this area. In ten years we have suffered sectarian pogroms and assassinations, occupation of our areas by armed gunmen, internment, crooked courts – and all this on top of years of second class citizenship. Surely we’re entitled to, at least, some show of sympathy and solidarity?

Perhaps the hardest thing to swallow is the involvement of the Pope himself in the sordid dealings. Obviously he never intended to come; and to use the latest IRA activity (in an area where violence is the order of the day) to get him off the hook is the height of dishonesty.

People are saying that the Pope must listen to, and be advised by his ‘civil servants’, but if this Pope has shown one quality more than another, it is the ability to think for himself and make decisions. He is his own man and he knows the Irish situation. And well he should, because there are enough Irish clergy in Rome to tell him, as well as his Irish Nuncio.

The Pope has let us down badly; his latest gesture of sending a personal representative to Earl Mountbatten’s funeral will be seen as another insult as Belfast Catholics bury the latest victims of British Loyalism.

In our hour of need we looked to Rome for help – but Rome was looking the other way. Politics is a dirty game – and it’s difficult to reconcile with the idea of the Good Shepherd caring for, and tending his sheep.

Perhaps the Catholic Church will survive in Ireland; it’s not the first time that the clergy have ‘stuck the boot’ into the Irish people to please their British friends. We’ll survive in spite of them, but the latest Vatican chicanery has exploded the myth that spiritual matters are what count in Papal circles.

Roman attitudes have been shown to be on a level with those of the diocese – “We’re on the side of the big guns – and to hell with you and your Christianity!” 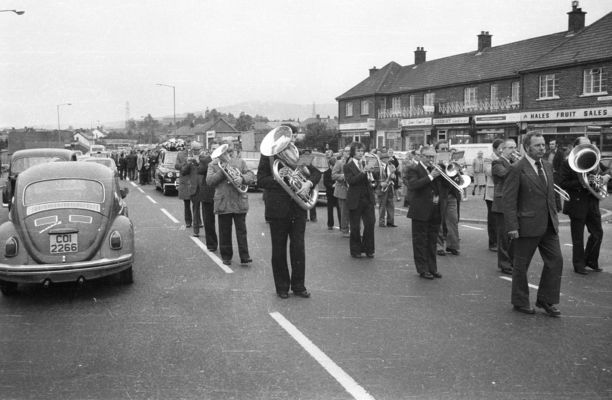 EYE ON THE PAST – September 1979: Don't make the same mistakes with new Poleglass estate 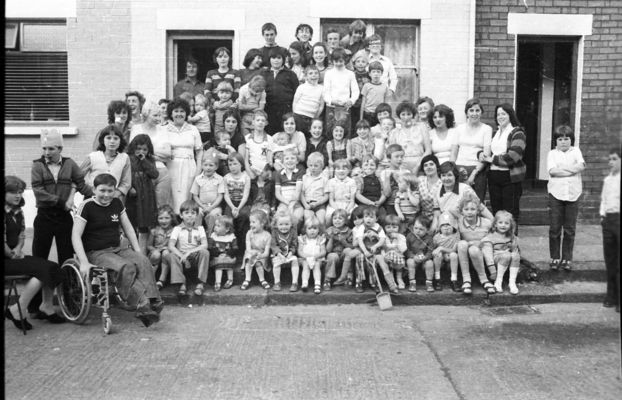 EYE ON THE PAST – September 1979: Pope visit row rumbles on; Mountbatten and Warrenpoint killings 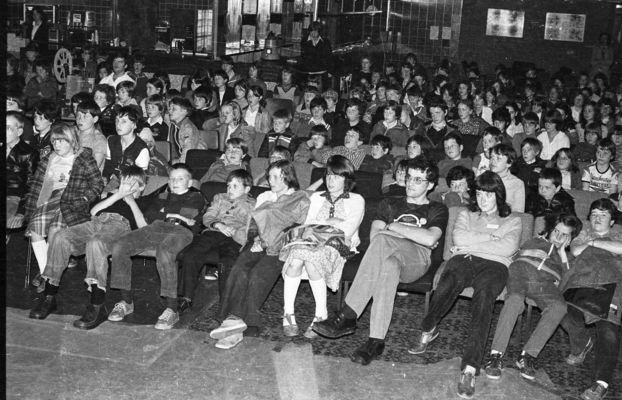 EYE ON THE PAST – August 1979: Demands grow for the Pope to come North