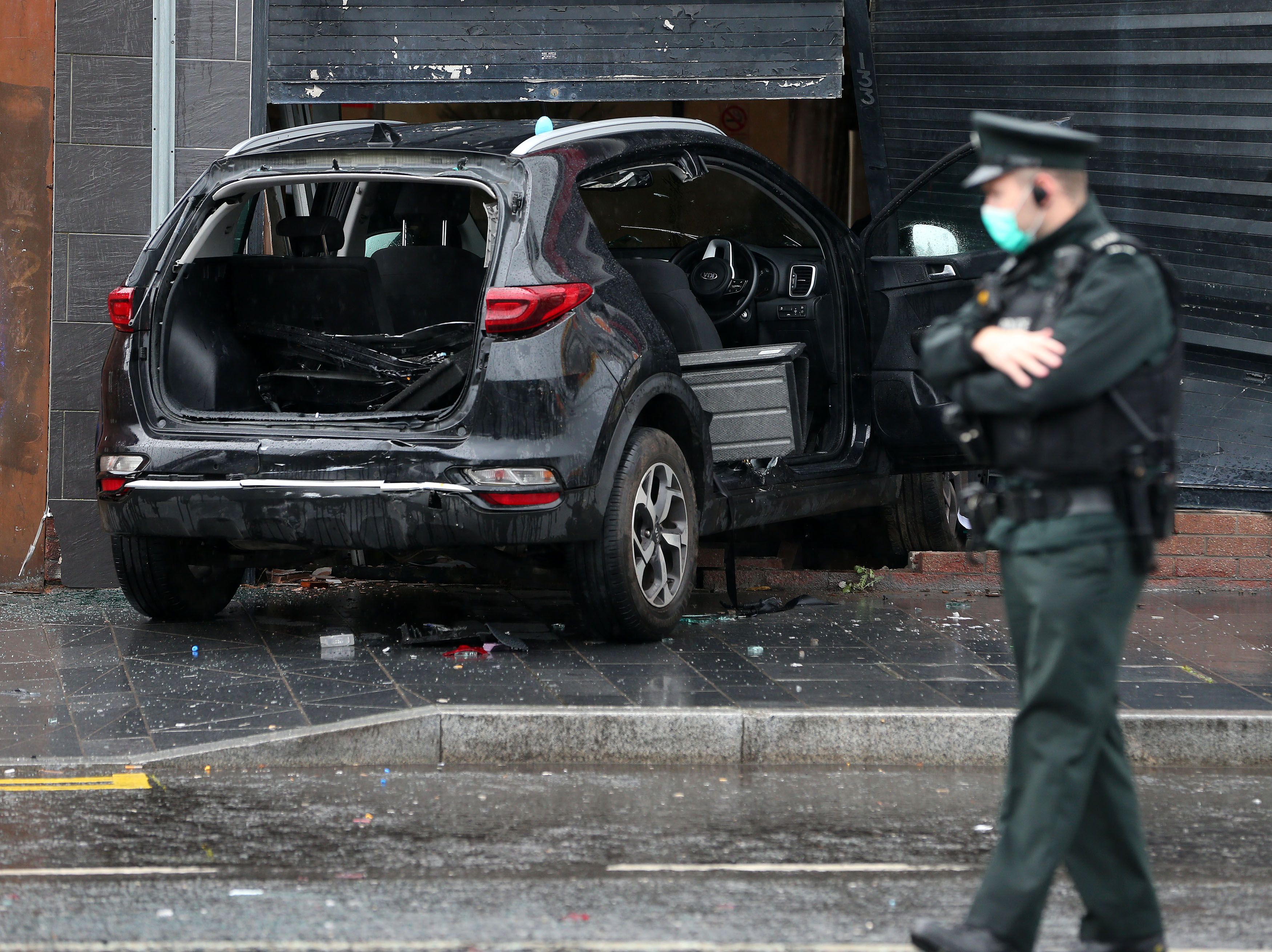 The driver of a police Landrover which smashed into a Kia Sportage car — which then careered into the Action Cancer shop on the Andersonstown Road — was "100 per cent in the wrong".

That's the view of an eyewitness who said he challenged the police driver on his actions immediately after the incident.

The PSNI say the woman driver of the car, believed to be in her forties, was treated in hospital following the collision but was not seriously injured.

The eyewitness, who asked not to be named, said he heard the siren of the Landrover approaching from the Stewartstown Road direction just before 5pm on Tuesday as he was entering Bengal Spice restaurant.

"He was in the bus lane, with lights and siren on, doing 50 or 60 miles an hour in the lashing rain. He put the brakes on from St Agnes Drive but he slid from there and hit her car like it was a skittle."

The Kia Sportage, which appeared to have been turning left across the Glider lane into the car park behind Hoppy Dobbins, was knocked off the road and through the front of the Action Cancer shop.

The eyewitness said he was "shaking like a leaf" after the smash. "I went over to the Landrover and saw the driver getting out. I told him he was 100 per cent in the wrong. At the Action Cancer shop I could hear staff replying to the police that they were okay."

He said he believes the woman driver was lucky to be alive. "It was like a four-ton tank hitting a rickshaw. I was sure anyone in the car would be dead. I want the woman who was injured to know that she was not to blame."

It is not clear what emergency the police were responding to at the time of the incident but moments after the collision, a second Landrover with sirens and lights blazing passed the scene.