Facing a first Christmas without a loved one 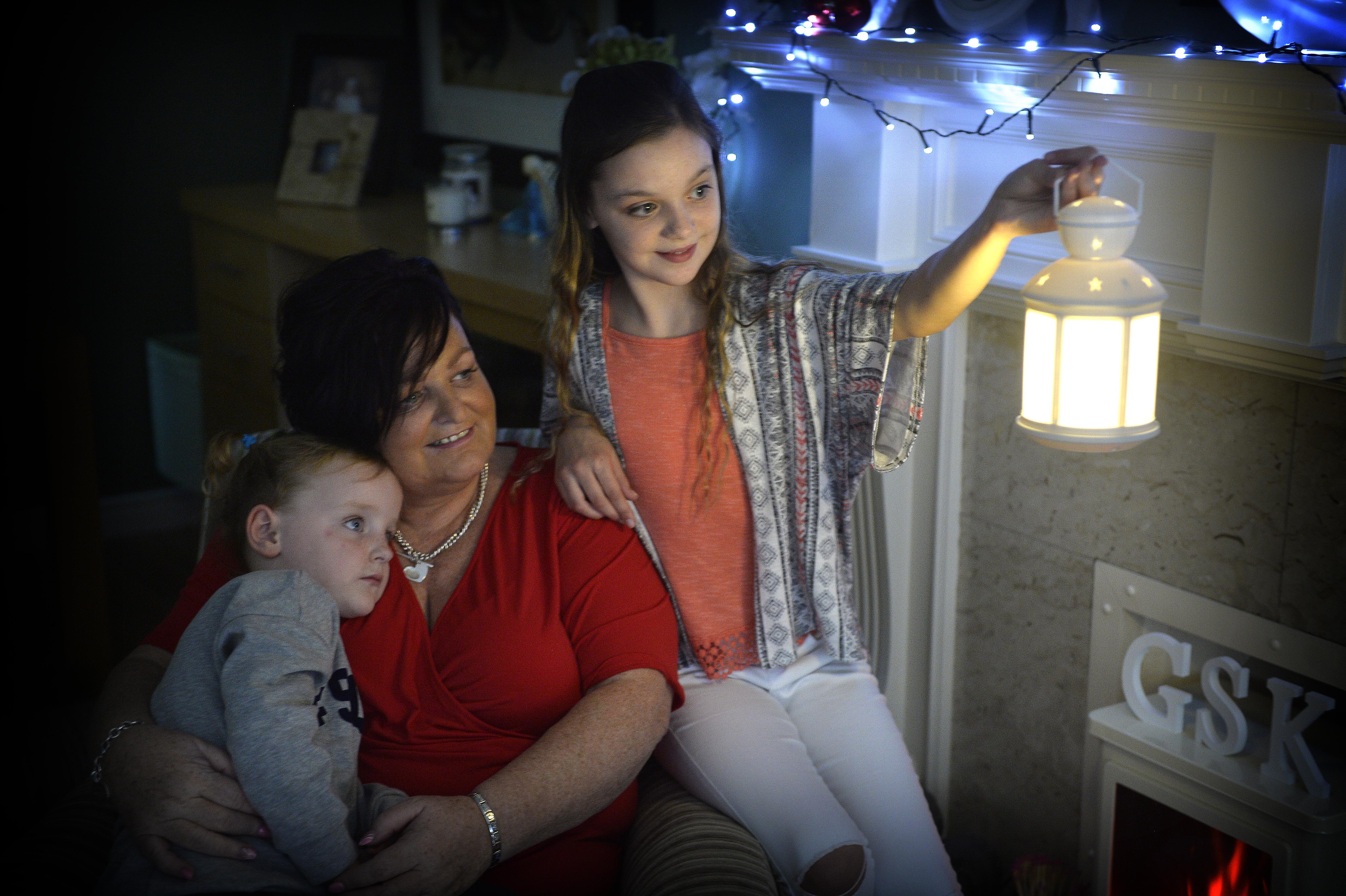 SHINING A LIGHT: Sharon with two of her grandchildren, Indi Maculey and Brooke McKee

AS many homes prepare to celebrate the most magical time of year, for many families this could be their first Christmas without a loved one.

Falls Road woman Sharon Mills is asking people to honour the memory of their loved ones by supporting the annual Hospice Christmas Lights Appeal throughout the month of December. Sharon’s much loved and much missed husband Gary passed away on December 27 last year.

Sharon explained how it was thanks to staff at the Hospice that he managed to spend the last precious days of his life in the place he loved most in the world, at home with his family.

“It was only thanks to Northern Ireland Hospice community nurses that he was able to spend Christmas at home with us,” says Sharon.

“It was so special being able to have him home for those days. Everyone, including his grandchildren were here. “We were all together and that was what Gary wanted.”

Gary first faced health problems 16 years ago when doctors discovered he had a malignant melanoma. After treatment, he was given the all clear. But sadly the cancer came back in 2010 and spread to his lungs.

“He had treatment for nearly six years, and never complained once,” added Sharon. “At the start of 2015 he started to become more unwell and needed operations to remove tumours in his arm and back.”

Gary’s GP referred him to the Hospice in October last year as his health continued to deteriorate.

“When he came home and told me, I was hysterical.

“I’d never had any experience of the Hospice before and thought it was only somewhere you went to die. It seemed so unfair because Gary was still a young man – he was only 56. We had so much we still wanted to do.”

Sharon spoke of how their Hospice nurse Leanne came out to their home “and instantly put me at ease”.

In the months that followed, Gary stayed at the Hospice a few times both to help control his pain and to give the family some respite.

Sharon described her late husband as “a very private and reserved person”.

“He got to know another patient, Gordon, and the two of them became really close. They were able to share what they were going through and it made such a difference to them both. I also made friends with Gordon’s daughter and we are still close friends now.”

Two days before Christmas last year, Gary became very unwell and Sharon and the family – Gary’s stepchildren Mark, Danielle and Lynsey and son Kyle – feared he would need to spend Christmas either in hospital or at the Hospice.

However, the Hospice arranged for a special bed to come to the house so Gary could stay at home.

“Thanks to the Hospice we got to have those precious moments at home, one last Christmas with all of us together. All of the kids had been in to see him and then it was just him and me.“

“He turned and looked at me, and one tear dropped across his cheek. He closed his eyes and passed away holding my hand.

“It was only Gary and me who knew the full extent of his cancer. He was so brave and had a different face for everyone else. Together though, we had faced years of fear and anguish. In the end his death was so peaceful and beautiful and that makes it so much easier to bear.”

Sharon said she along with her family will be shining a light on the Hospice Christmas tree in memory of Gary as 2016 draws to a close.