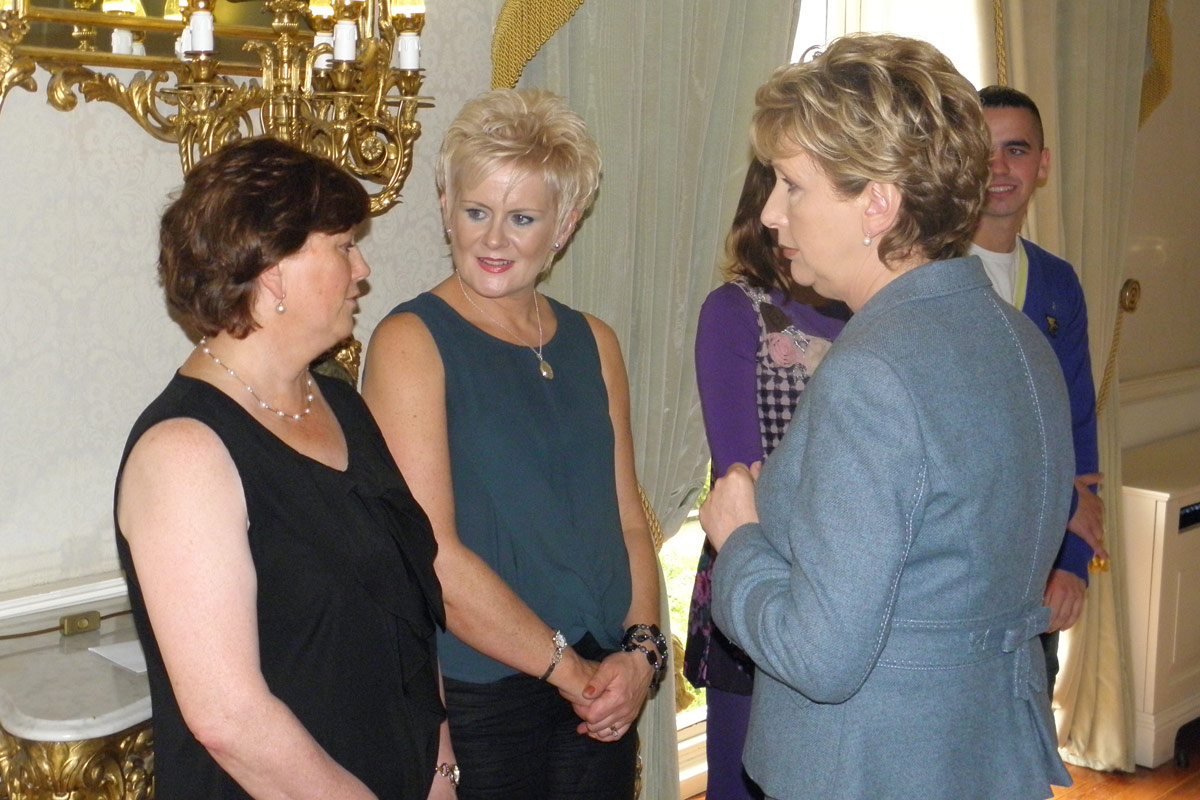 A group of North Belfast families devastated by the loss of loved ones to suicide have met with President Mary McAleese to share their stories and ask for her support in their campaign for better suicide awareness across the country.

Last Friday, on the eve of World Suicide Prevention Day, the President welcomed 40 bereaved families to Áras an Uachtaráin.

Among them was North Belfast woman Pat Perry, who lost her son John to suicide in 2007. Since the tragedy John’s family have been tireless fundraisers for suicide awareness charities.

Pat said President McAleese listened to their stories and showed genuine empathy with each of them.

“She took her time with every single person and she was very knowledgeable about suicide. Everyone had their own stories to tell to the President and she listened to them all. I had the chance to speak to her for quite a while,” she said.

“She told me that the rest of the world needs to be doing what we are doing here in Ireland, she kept emphasising that all the time, that we need to make the world listen.

“She agreed that for most older people who take their own lives, it is planned, while for younger ones it is that many of them have had an off-day and have done something drastic.”

Pat said the President has the power to make a difference.

“It is great that she takes the time because people look to her to make a difference and she does,” she said

Pat added that the day also provided a great opportunity to meet with people who had been through the same experiences as she had.

“We met a lot of people who have been affected by suicide. Of the forty people who went I only knew one of them before, and it  was great to meet these people and talk to them and share our stories.”

President McAleese praised the work of PIPS. “PIPS has been an invaluable support structure for many years to those who have been bereaved by suicide and has developed many programmes in the prevention of suicide. Your insistent voice urges all groups in society to work together to reduce the incidence of this awful scourge which has blighted so many lives and to promote a culture of positive mental health.

“We are grateful to each one of you for the care, compassion and determination which drive you to address this awful waste of human life,” said President McAleese.