Family left baffled and terrified after arson attack on home 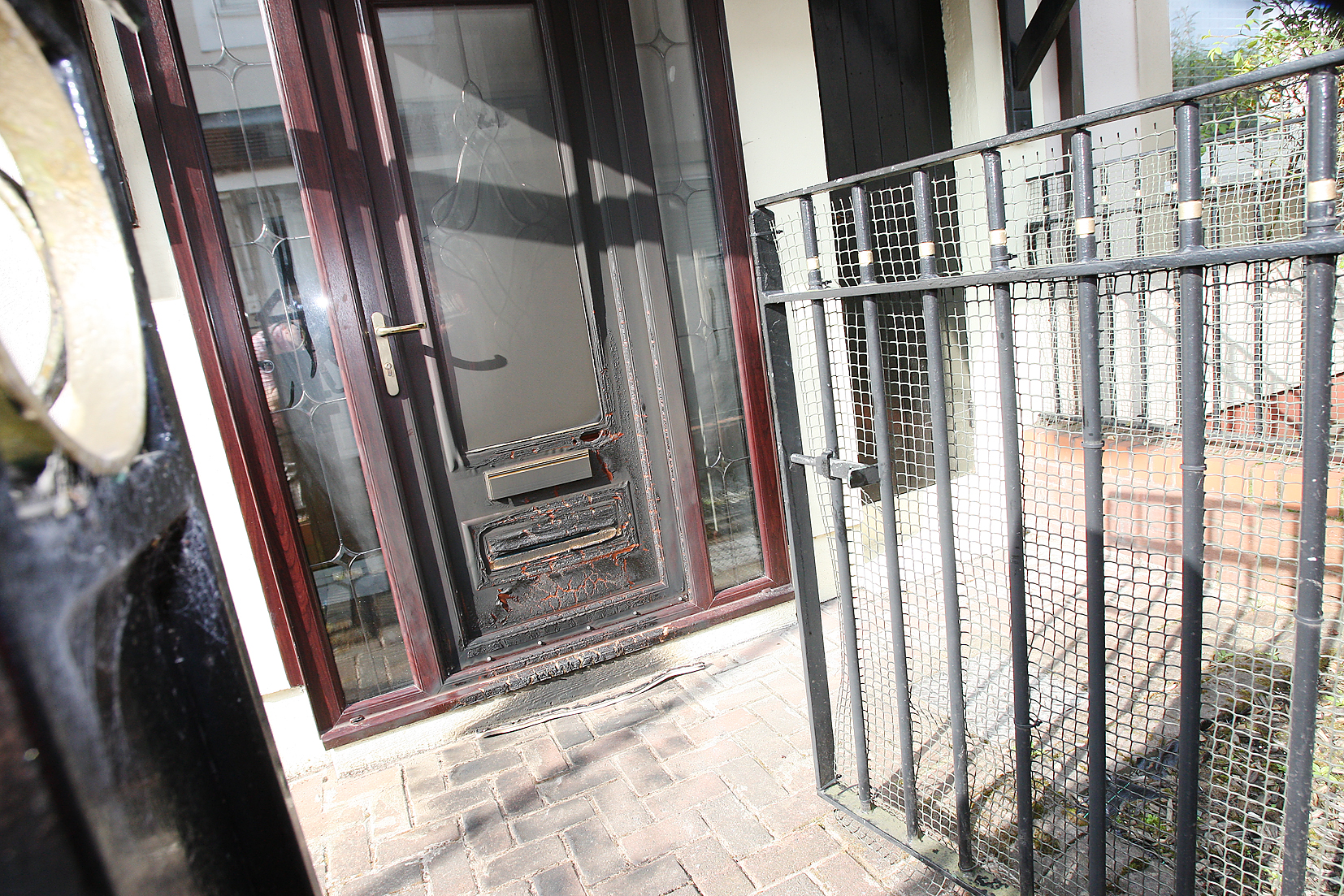 A Grosvenor man has told Daily Belfast he and his family are baffled as to why their front door was set alight in an early morning arson attack.

Speaking at his Grosvenor Court home, where the fire damage to the door was still clearly visible, Liam Shannon, who has lived in the area for the past 23 years, said those behind the weekend attack knew what they were doing – but got the wrong house.

“This wasn’t just a case of mindless thugs, there was intent behind this,” he said. “We live in a small enclave of homes, you have to get to our house from an alleyway and someone opened the gate and chose our house. It’s definite-ly a case of mistaken identity.”

Liam told said that he and his wife and two daughters, aged 23 and 14, were all sleeping when flammable liquid was poured on the door and set alight.

“We got a call from my wife’s brother around 4am saying the front of the house was on fire, by the time I got down it had burnt itself out. What was done was deliberate and in my opinion it was as if it was some kind of warning.”

Liam said that a lighter was found at the scene and taken away by the PSNI.

“My wife hasn’t slept since this happened and we are all rightly worried by what happened at the weekend.

“It could have been worse, the lighter fluid could’ve been poured through the letterbox. We’ve nothing to hide whatsoever. We are in disbelief, to be honest. This wasn’t just vandalism.”

Sergeant David Mahood said: “The front door of the house had a flammable liquid poured on to it and was then set alight causing damage to the door sometime between 12.30am and 9.30am on Saturday morning. The occupants of the house were not injured as a result of this incident and damage was limited to the outside surface of the door.

“I would appeal to anyone who may have noticed any suspicious activity in the area or who has any information to assist officers track down those responsible for this incredibly irresponsible and dangerous act to contact police in Woodbourne on 101 or Crimestoppers anony-mously on 088 555 111.”