‘FIEND THAT ASSAULTED CHILD ATTACKED ME TOO’ 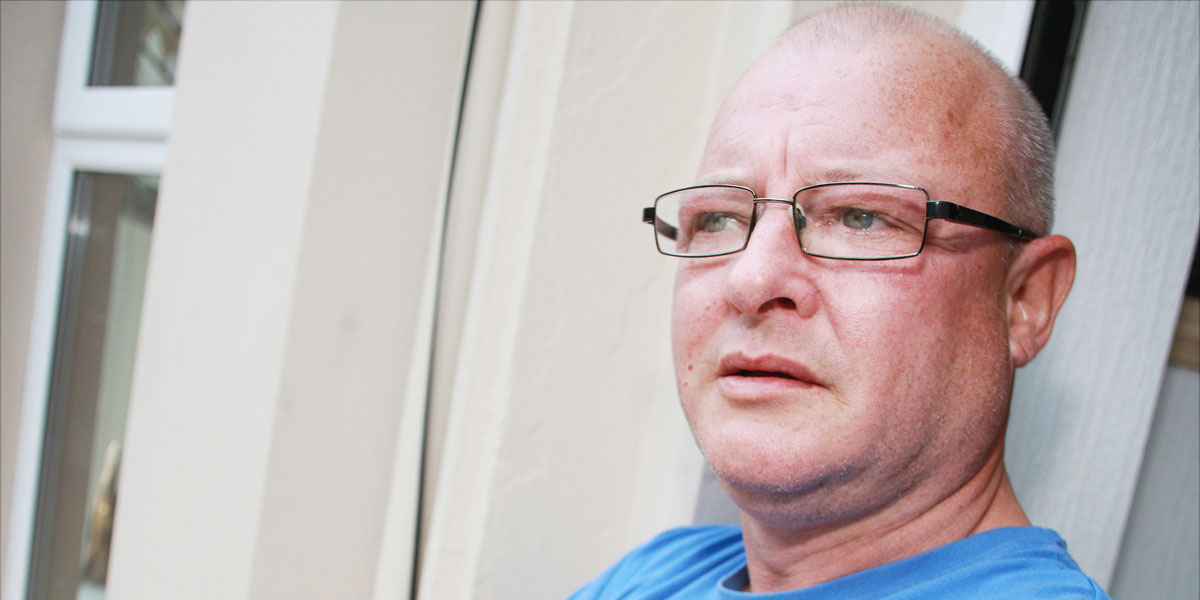 A North Belfast man who was beaten by a predatory paedophile who sexually assaulted a nine year old girl as she slept in her bed has said he should not be allowed back on the streets.

On Friday (September 28) Daniel Francis Fullerton, 33, of no fixed abode was sentenced for seven years after he climbed through the window of a house in North Belfast in June 2009 and sexually assaulted a nine year old girl as she lay in bed sleeping. The little girl woke to find him assaulting her and ran to her sleeping parents to raise the alarm.

Just a year before the horrific sex attack Fullerton violently assaulted Newington man Joseph Davidson outside a bar in the New Lodge area. Joseph Davidson suffered head injuries and swallowed his  tongue in the violent attack in June 2008.

Fullerton was found guilty of actual bodily harm in December 2011 following the assault. He has yet to be sentenced for that attack.

However because he has already served more than three years on remand for the sexual assault of the child, he is eligible for release on December 15 this year when he will have completed half his term.

Joseph Davidson said he was shocked and upset to learn that Fullerton, who was described in court as a “significant risk to the public”, could be free before Christmas.

“This man is a psychopath, he should never be allowed to go free,” he said. “I have hardly any memories of the day he assaulted me. I had head injuries and was left unconscious and had swallowed my own tongue, I was very lucky to be alive. To think that he could be back out before Christmas is terrifying.”

The Newington man said he is still coming to terms with the aftermath of the violent assault, but that his feelings must be a fraction of those felt by the nine year old girl and her family.

“I never want this man back on the streets,” he said. “I hate the thought of him being out again, so what must that child and her family feel?  I am disgusted to think he could be back out again after serving just half his sentence.”

In addition to his seven year sentence, Daniel Fullerton had a ten-year Sexual Offences Prevention Order imposed. It will bar him from contacting his victim or her family, having unsupervised contact with children, being on licensed premises, associating with other sex offenders or from loitering near "child centred facilities".

Fullerton must also sign the police sex offenders register for the rest of his life.