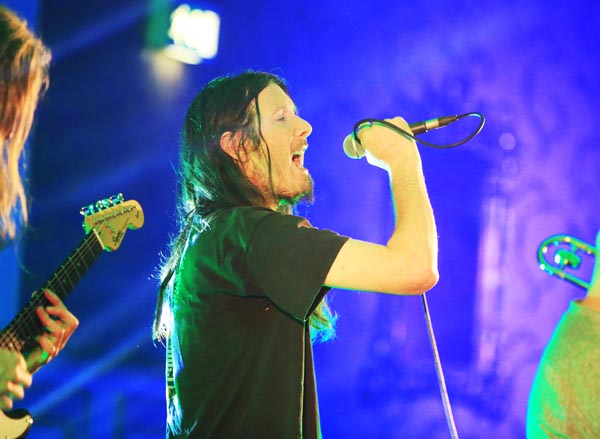 POPULAR: Bréag have been one of the bands entertaining the crowds during the first week of Féile

FÉILE an Phobail is set to close this year’s festivities with a fabulous weekend of events.

Following on from another successful jam-packed first week, this weekend sees Féile coming to a close with the last events being held in West Belfast venues – and further afield.

Tonight (Thursday) sees fun and frolics in the Devenish as funnyman Jake O’Kane hosts the Best of Irish Comedy Night.

With four years of sell-out theatre tours behind him, Jake O’Kane describes himself as a comic, columnist and contrarian. Also taking to the stage is John Colleary, Willa White and Terry McHugh. Doors open at 7.30pm tickets are priced at £15.

Friday night at the marquee is the big one, with UB40 supported by Gangsters.

After their breathtaking Féile performance two years ago, all original UB40 founding members are back for a night of big hits in the big tent. Doors open at 7pm and tickets are priced at £22.50.

Saturday night in the big tent is the big dance night – Cream Legends with headline DJ Eddie Halliwell. Following on from the success of Tuesday night’s Bring the Noise the people at Féile an Phobail have reduced the ticket price from £20 to a fabulous community price of £10, how could you say no to that? Doors open at 6pm.

Sunday night is another mega night in the Féile calendar when the magnificent Wolfe Tones close Féile 2017. This is a Féile favourite, with support this year from The Rebel Hearts and Rising of the Moon. The Wolfe Tones will be belting out all their classic tunes. This is one not to be missed. Doors open at 7pm and tickets are great value at £10.