Fiona is international handballer of the year 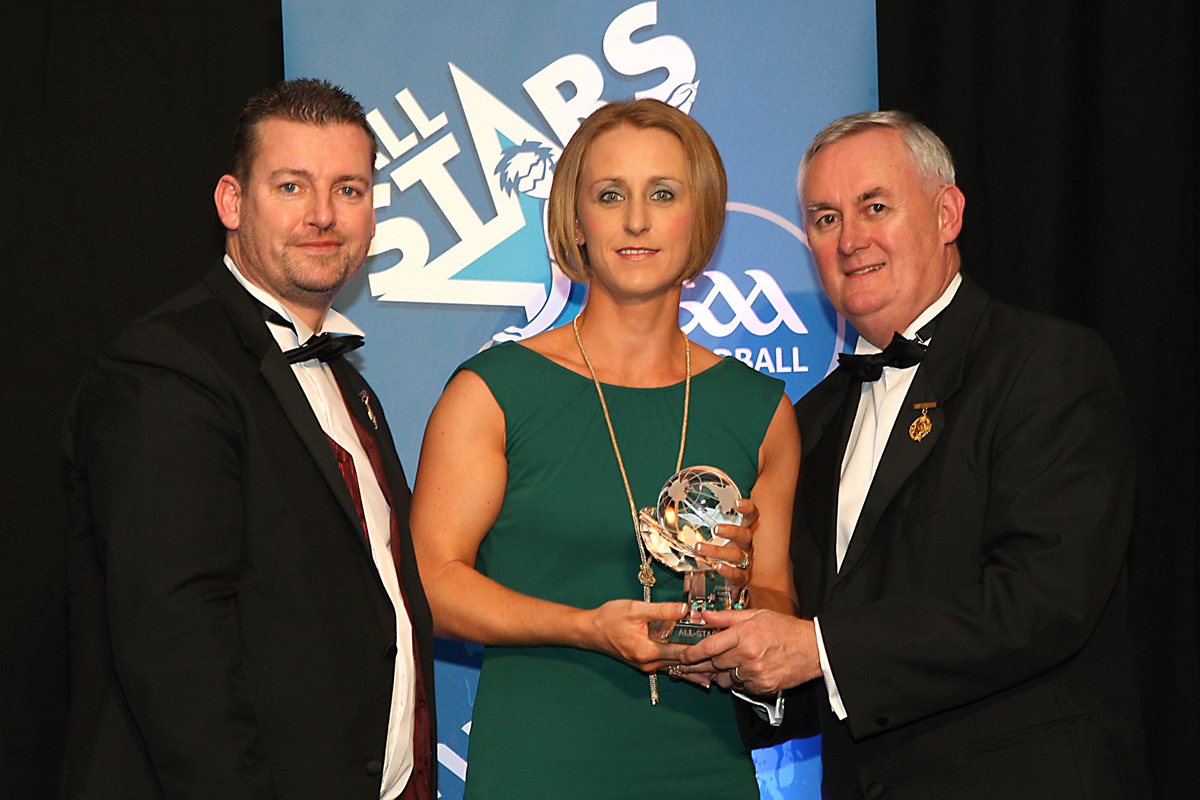 Few women in sport across the globe can boast three world titles at the very top of their chosen discipline.

Antrim’s Fiona Shannon has achieved such status over a period of six years and next October the extremely gifted talent from West Belfast will strive to get her hands on a fourth consecutive world crown.

Last weekend the committed Shannon was honoured at the 2011 GAA Handball Awards Banquet in Croke Park when she scooped the International player of the year.

The night before, she was acknowledged by the Ulster GAA writers with the Ulster Female handballer for 2011.

The affable St Paul’s club star enjoys the accolades for her exploits on the court but she continues to possess an unequalled appetite to secure more silverware on it.

“It’s always great to win awards although the actual titles from competition throughout the year are my main goals,” said Fiona.

“It’s nice to be recognised by the association for all the hard work and effort you have put into the year and the awards night is a great way of doing this. It’s great that everyone in GAA handball circles comes together and recognises not only the players but the other people who work behind the scenes and it definitely ends the season on a high.”

For any serious elite competitor, the next twelve months offers great opportunities with particular reference to the 2012 World Handball Championships scheduled for the City West Events Arena, Dublin next October.

A win for the 33-year-old this time around would mean an incredible fourth world gong inside a decade.

Shannon took her first title in Dublin in 2003 before going on to seal victories in Edmonton in 2006 and Portland in 2009. She will now be the favourite to capture a fourth title, especially now with the action back on home turf again.

“I’m looking forward to the coming year and will take each competition as they come as a build up to the world championships in October.

“Although my ultimate goal for 2012 is to win my fourth consecutive title, there are other titles that I want to win on the lead up to this and will use these as building blocks throughout the year leading to the worlds.

“I have the All Ireland singles title to win back from the current holder Maria Daly (Kerry) and of course I hope to retain the Irish Nationals title.

“It’s definitely going to be an exciting year to come especially with so many talented girls after the world crown but I am ready for the year ahead and will do my utmost to retain my crown.  The drive and determination is there and I am driven even more so by the fact that it is on home soil where I first won the title nine years ago.”

It can’t have been easy for the Antrim player to have remained at the pinnacle of the sport for so long while combining a serious training regime and being a mother of two.

“I sacrifice a lot to stay at the top of my game especially with my two girls.

“It means me being out of the house training a few nights a week and the older they get the harder it gets as they tell you they want you to stay in.”

Shannon has always been recognised as a gifted player even in the junior ranks when she swept opponents aside with consummate ease.

She has been able to stay in superb athletic shape through the years and combine that with her unequalled experiences and a sheer determination to succeed, few would bet against the world’s best player from staying put for at least one more season.

“Winning the titles makes this all worth while so its 100 percent all the way for the year ahead. After the last worlds I took a year out as I felt I needed a break and my children needed more of my time.

“Now that I have had this, my motivation and drive for the game is back and I am ready to give it my all for one more year.

“If all goes to plan I can retire on a high with a clean sweep - here's hoping.”