Five injured, one seriously, in head-on collision on Colinglen Road 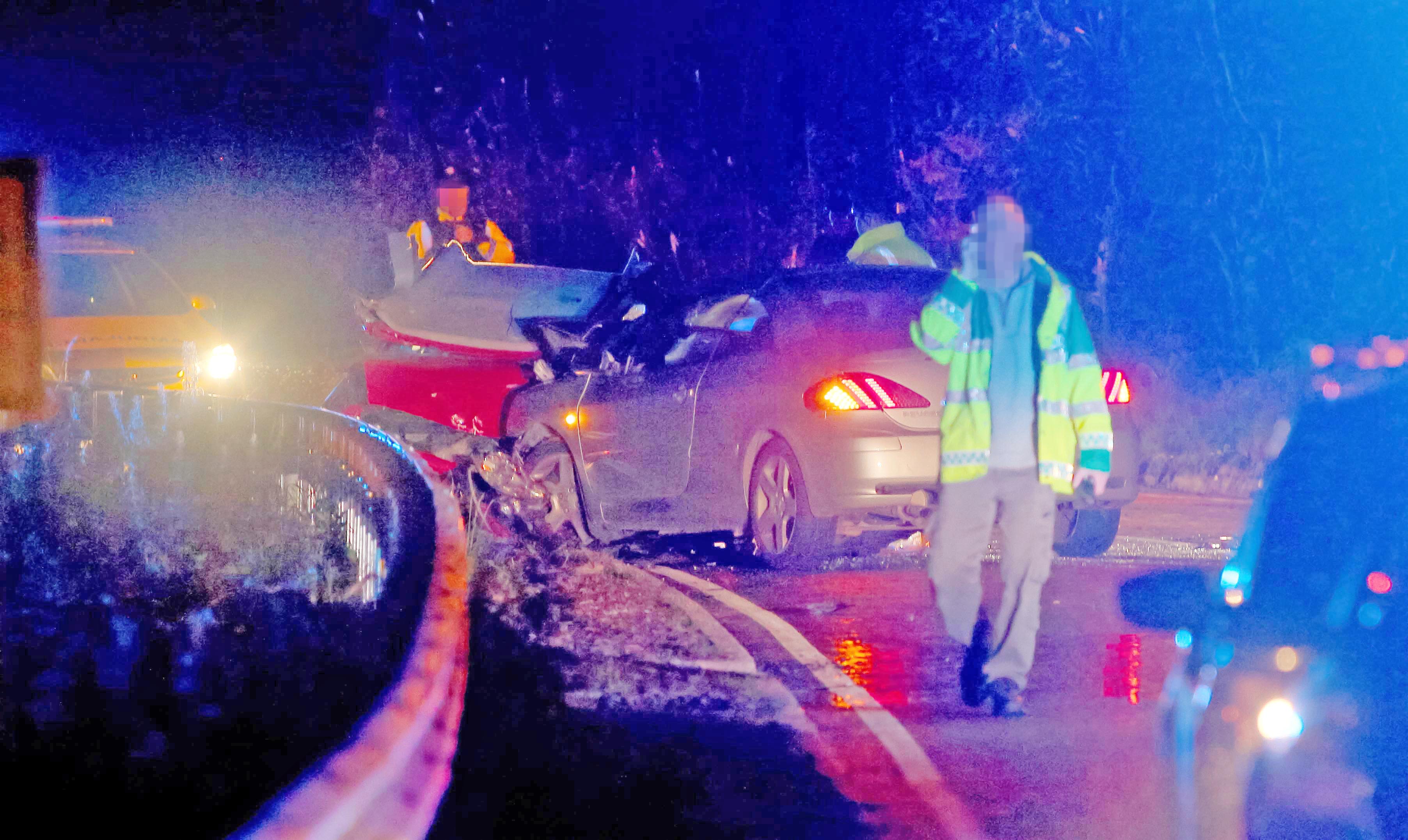 First-responders at the scene of the accident which took place around 10.30pm last night

A 20-year-old man is in intensive care with a serious head injury and four other young people have been treated in hospital following a head-on collision on the outskirts of Belfast.

A Ford Fiesta and Peugeot 307 collided on the Colinglen Road between West Belfast and Lisburn at around 10.30pm last night.

The most seriously injured of the five was a passenger in the Ford Fiesta. The 18-year-old male driver of the Fiesta and a female passenger, also aged 18, were also taken to hospital after the smash.

The Peugeot was being driven by a 22-year-old woman and a 19-year-old was in the passenger seat. They have both been treated in hospital for their injuries. None of the injuries suffered by these four are believed to be life-threatening.

Inspector Roberta Morris said: “We are keen to hear from witnesses or anyone who was travelling on the Colinglen Road and who saw either vehicle prior to the collision. The number to call is 101.”

The road on which the accident took place stretches from the Glen Road in West Belfast to the outskirts of Lisburn. It has been the scene of extensive roadworks in recent months but it is not known if that played any part in the collision.

Relatives of the injured young people arrived on the scene as the emergency services attended to the victims.