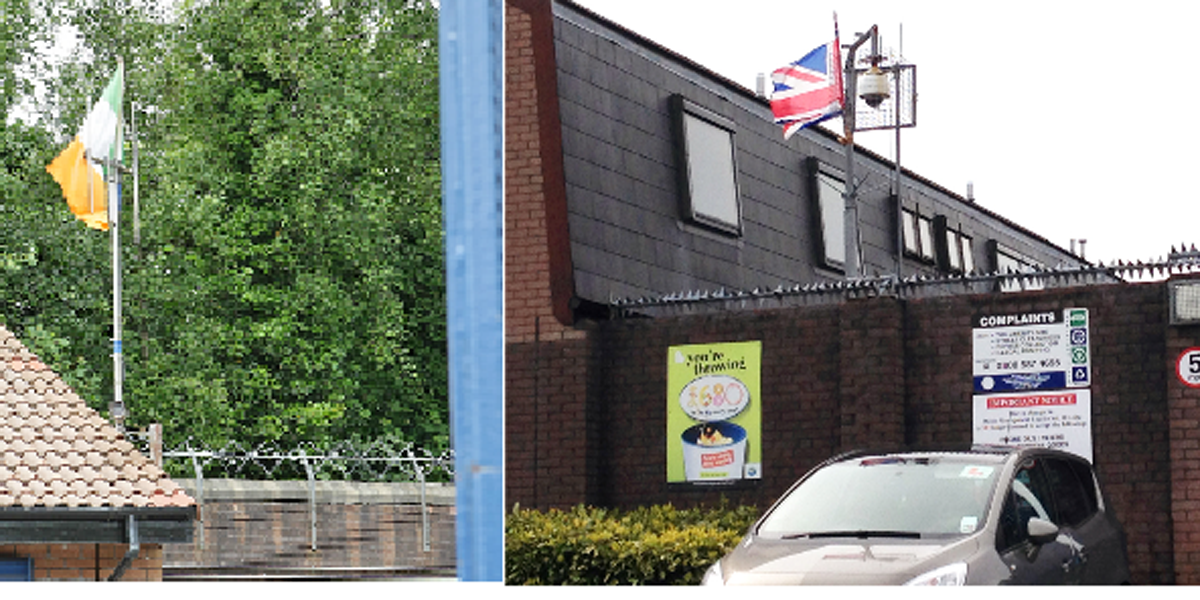 CATHOLIC Belfast City Council workers have hit out over what they say is “blatant inequality” after a tricolour erected at the Kennedy Way cleansing depot was taken down.

The Andersonstown News has learned that the tricolour was erected at the cleansing depot at the end of May but that staff were instructed to take it down by Council officials with immediate effect. The flag has since been put back up again as a protest to the management over the handling of the flags issue.

The news comes just a month after we reported that  union flags had been erected inside Belfast City Council facilities in West and South Belfast.

But angry Council workers from West Belfast contacted the Andersonstown News and one said: “The powers that be within the City Hall are doing nothing about this inequality – it’s a disgrace.”

They added: “Where is the equality in all of this? The union flag can be put up and nothing is said to the bullyboys from loyalist paramilitaries. The Council talks and talks about equality but where is it in instances like these? There is none, basically. It doesn’t exist,” he said.

“The Council said they are powerless to remove the union flags that are flying at the other yards, yet we were told to take the flag down immediately. The flag hasn’t been put up to mark territory, it has been put up to test equality.”

“There are security cameras up at these depots at Agnes Street and Charlotte Street so someone must have seen them being hoisted on to the poles,” said another Council employee. “These flags have been put up at the depots and aren’t even on a proper flagpole. But they are still up.”

A spokesperson for Belfast City Council said: “We are keeping the situation with flags being erected on the perimeter of our premises under review and we assess each situation individually.  We did also remove a union flag at Charlotte Street, however more flags were put up in its place.

“This is a sensitive issue and we are working with local representatives to try to resolve it.”

The issue of flags has heated up after the decision to remove the union flag from City Hall on December 3 last year led to months of protests and violence right across the city and beyond.