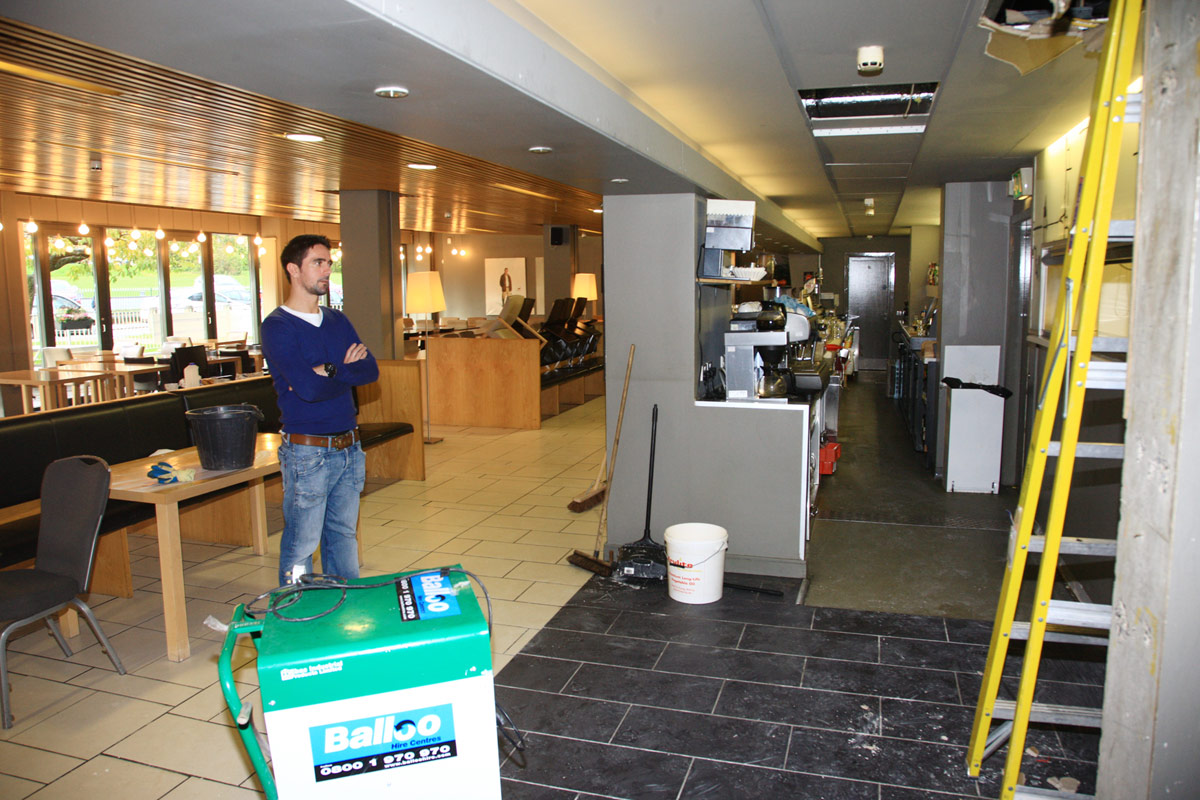 SOUTH Belfast restaurateur Michael Deane was forced to close the doors of his popular Queen’s eatery this week because of flood damage during torrential rain.

The top local chef estimates his Deanes at Queen’s restaurant could be closed until the weekend after heavy downpours on Monday night put tremendous pressure on drains, causing them to overflow and flooding the premises with several inches of water.

This is the second time in recent years the award-winning chef has faced flood damage at his establishments. In January 2010 his city centre flagship restaurant suffered as a result of burst pipes caused by extreme cold weather.

That disaster forced Michael to close the Howard Street property for four months. However, speaking to the South Belfast News, he predicted a much faster recovery time after this latest deluge.

“We were just getting ready for business on Monday evening when we noticed the problem beginning,” he explained.

“Water started appearing on the floor, then it really started to gush. The drains were put under too much pressure with the rain and water came up through the pipes to the kitchen, blowing manholes and flooding us,” he explained.

“Our entire floor surface was under water, and we are in the process of removing it all and getting repairs done so we don’t lose too much business. It will definitely put us out of action for a few days, but hopefully we will be able to reopen the doors at the weekend.

“It’s unfortunate, but thankfully we aren’t facing the same level of damage or inconvenience as our previous flood. There’s probably around £5,000 worth of damage this time, but we will be back within days.”

Update: Deane's at Queens has now been reopened.