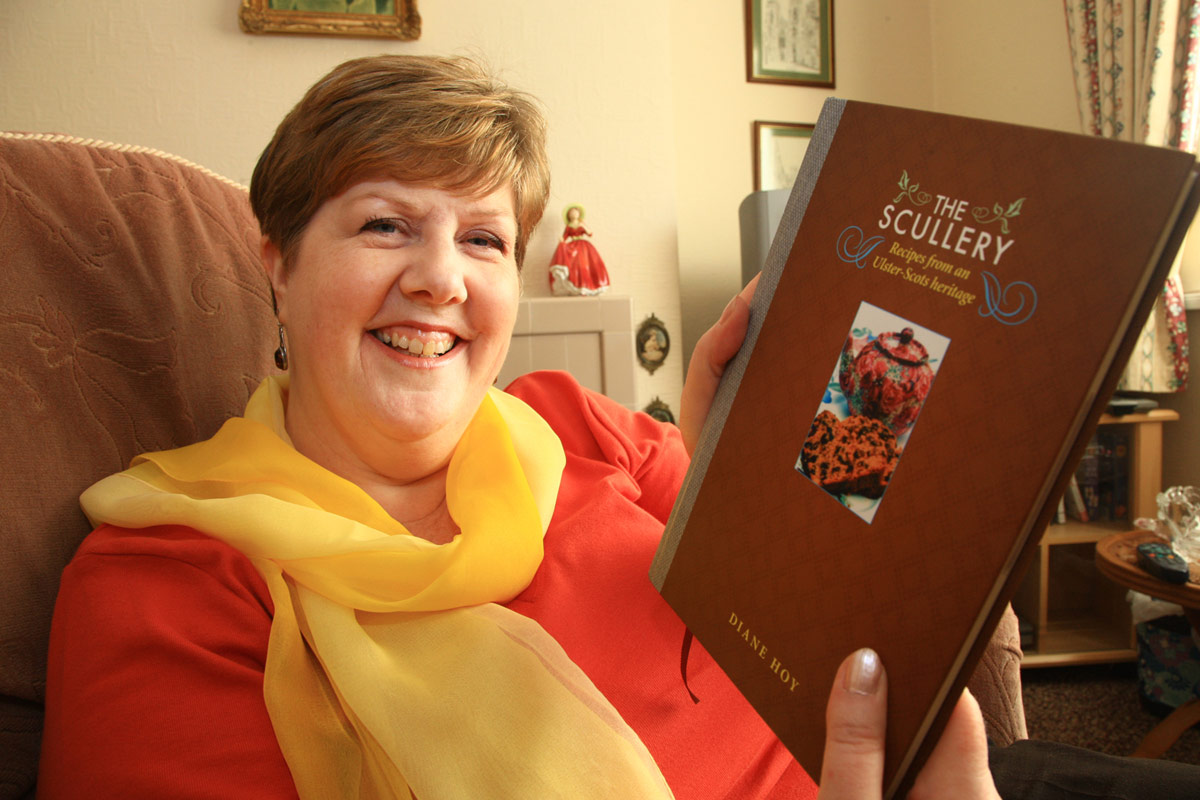 Diane Hoy is the author of The Scullery, a recently released book that looks at recipes from the Ulster-Scots heritage. She is also a regular contributor to the Ulster-Scots magazine Oot an Aboot and a part-time clerical officer at Queen’s University. She will be signing copies of her book at Newtownbreda Library on November 10.

I grew up in…the Saintfield Road

I was educated at... Methodist College Belfast

My earliest memory is...throwing up over the breakfast table at a bed and breakfast in Portrush

The stupidest thing I've ever done was... to advise my dad, who was teaching me to drive, that the reason why I couldn’t turn off the main road into a side street was that I couldn’t find the steering wheel. Cue frantic clawing at the passenger door to get out

The biggest thing I've yet to do is... find a husband

The person/people who inspired me most is/are…my parents who taught me the value of principles and morals; to stand up for what is right and to ignore those who do you wrong

The most important thing in the world is... my family and true friendship

I'm most proud of…getting my first book, The Scullery published

My best friend would say I…never shut up

The last book I read was….Play to the End by Robert Goddard

The actor that would play me in a movie of my life would be...Caroline Quentin

The song that makes me dance is... Ride on Time by Black Box

The place I have to visit before I die is…New England, USA in the autumn to see the glorious colours of the leaves

If I was a politician I would… need so much therapy

If I won the lottery I would... buy a barn in the country and do it up as a coffee shop and a new/used bookstore. Food and books – perfect

If I could describe myself in five words they would be…curvaceous chocaholic, and sensitive bookworm

If I could invite five people (living or dead) to a dinner party they would be... the Queen because she would bring graciousness and dignity; Craig Revel-Horwood because he would bring much hilarity; Sir Chris Hoy, because he could turn out to be a long-lost cousin; Bodie from The Professionals (Lewis Collins) because he was my perfect man and Ina Garten (Barefoot Contessa) because she could cook and let me have a rest

My favourite thing about South Belfast is... all my family live here