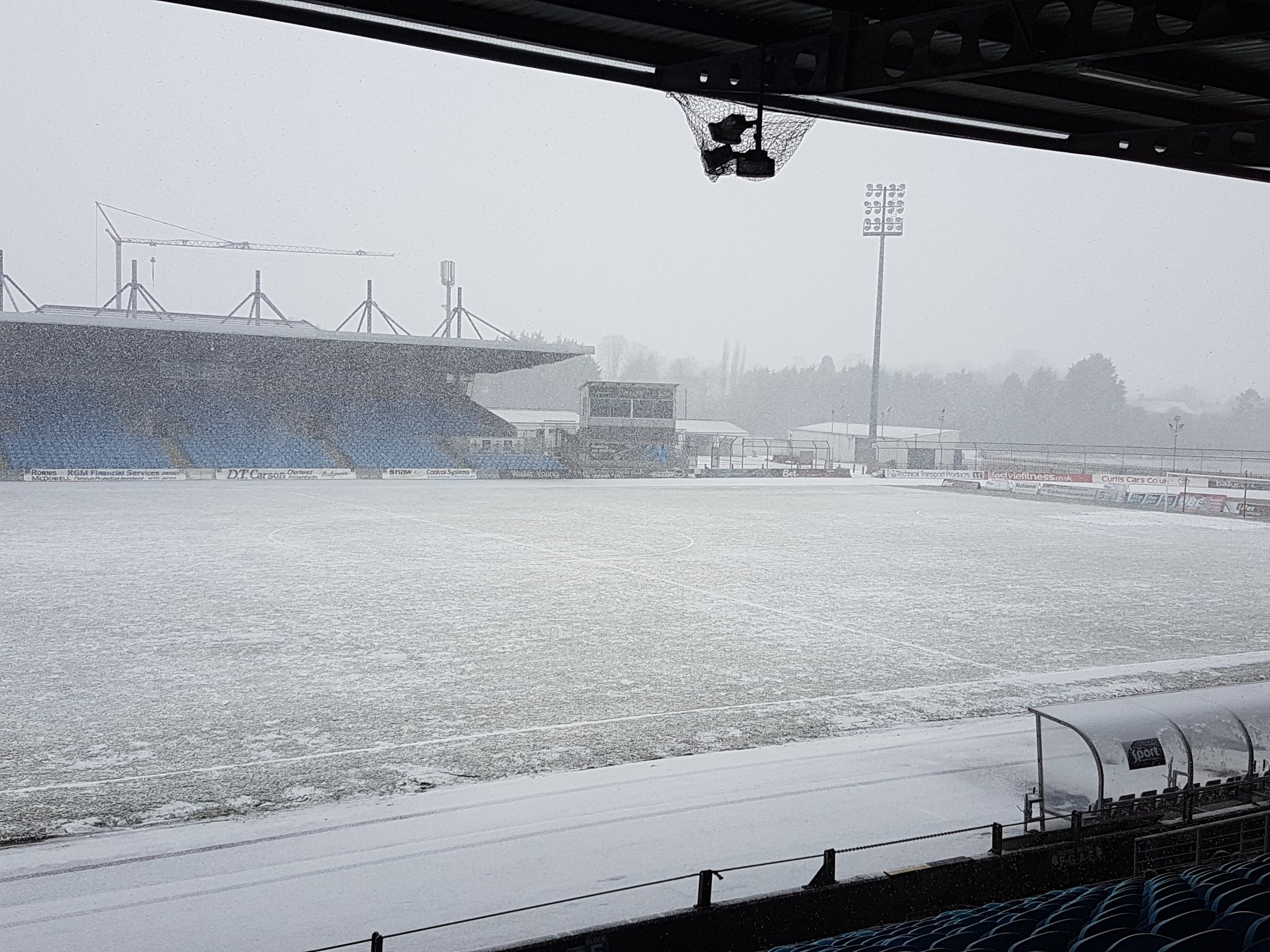 The scene at Ballymena Showgrounds on Friday morning

CLIFTONVILLE and Ballymena United will hope it is fourth time lucky ahead of their proposed League Cup semi-final tomorrow.

Kick-off for the three-times postponed clash is 3pm at the Ballymena Showgrounds.
Both clubs will be hoping the weather forecast is kind after Tuesday night’s postponement – when the game was called off at 5.45pm – just hours after the referee declared the Showgrounds pitch ‘playable’ at 2.30pm.

Both clubs’ scheduled Premiership games have been postponed to facilitate the staging of the semi-final.

The Reds go into the clash on a high after last weekend’s Irish Cup victory over local rivals Crusaders.

Cliftonville boss Barry Gray insists his side must produce another high-octane display against Ballymena.

“They’re a very difficult team to play against and they have a very good home record, so it will take something to go down there and get a positive result,” he said.
“But Saturday has shown the levels we can hit and we need to build on that now. Making it into the League Cup Final would be great for us all, but there’s a pretty big hurdle standing in our way and not many teams get the better of Ballymena in Ballymena.
“What we saw on Saturday – and it will have been obvious to everyone who was there – was how the team and supporters kept each other going. The players know that if they go out and give their all, the fans will be there for them, so we need to take that, keep it going and try to turn that into another good result.
“We’ll go down there believing we can get the win we all want and, let’s face it, if you can’t take confidence from a result like Saturday’s then I don’t know what you can take confidence from.
“It’s another game and another tough challenge, but these are the matches you want to be involved in and you can say a lot about yourself if you win them.”

“There is goals in both sides but the games to date have been very tight.

The winners of the semi-final will play Dungannon Swfts in the final next Saturday (February 17) with kick-off at 5.30pm at Windsor Park.