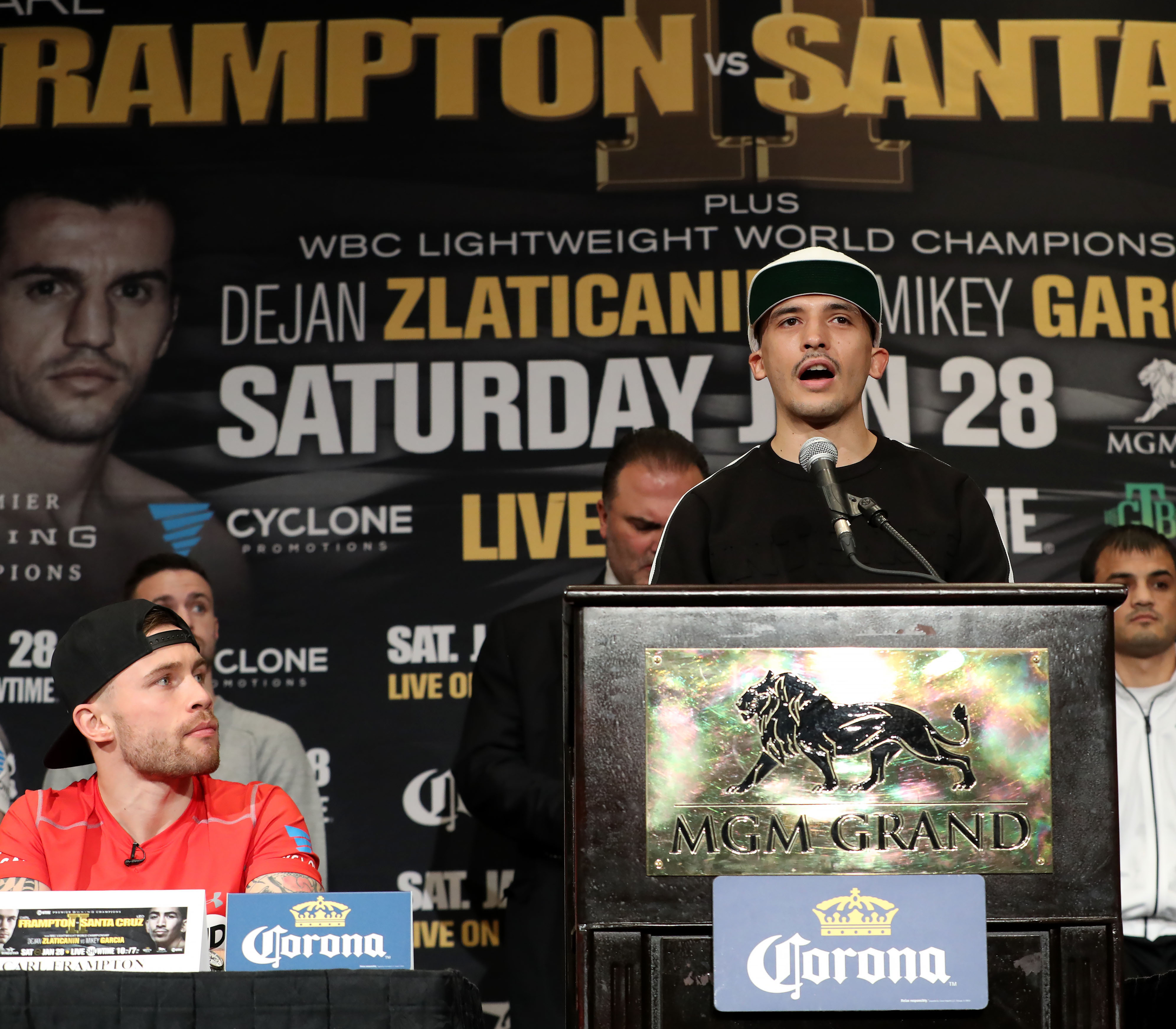 LEE Selby has said that a showdown with Carl Frampton for his IBF featherweight title should now take place in Cardiff in the summer after ‘The Jackal’ narrowly lost his WBA belt to Leo Santa Cruz in their rematch at the MGM Grand on Saturday night.

Frampton was insistent on Saturday that he wants his next bout to be in Belfast this summer with a third ‘rubber match’ against Santa Cruz the preferred option. However, despite ‘El Terremoto’s’ claims that he would fulfil his promise to box the third fight between the pair in Belfast, comments by his father, Jose suggest they will rematch Abner Mares – the man he defeated for the WBA title initially back in 2015 – in his next fight, probably back in Los Angeles.

Had the North Belfast man come through against Santa Cruz on Saturday, it was expected a meeting with Selby in a unification bout was virtually certain with Frampton hoping such a fight would take place at Windsor Park.

The fight could well still happen next, but with Selby now the only one with a title belt, he feels he ought to have home advantage despite saying that he felt Frampton still came out of his majority points loss with his reputation intact.

“He didn’t lose any credit, but I’m the world champion so maybe he’ll come to Cardiff now instead of (me going to) Belfast,” said Selby after the fight.

“You can see what he did (travelling support) in Las Vegas. I’m sure he will bring a massive crowd, but it will be my home town so I’m sure we will do big numbers.

“Millennium (Principality) Stadium would be absolutely perfect in the summer, that would be fantastic.”

Saturday’s rematch between the pair could have went either way according to Selby who said he couldn’t separate them after 12 top-class rounds.

“I would probably have had it a draw, it was pretty close,” said the Welshman.

“It was a really good fight. It was nip-and-tuck throughout, quite similar to the first one but the other man gets the decision.

“It could have went either way I think. It was close, up to your interpretation I think.”

It was a disappointing night for Frampton, but also for Selby who was due to defend his IBF title against Johnny Barros on the undercard, but the Argentinian failed a medical due to a blood test suggesting he may have hepatitis, but his team claimed a second sample came back negative, adding to Selby’s frustration and disappointment at not getting to showcase his talents on such a big stage.

“It’s been quite a bad night for us,” he agreed.

“Carl Frampton lost his title and I didn’t even get to defend mine. It’s just been a bad night in Vegas for us guys.”