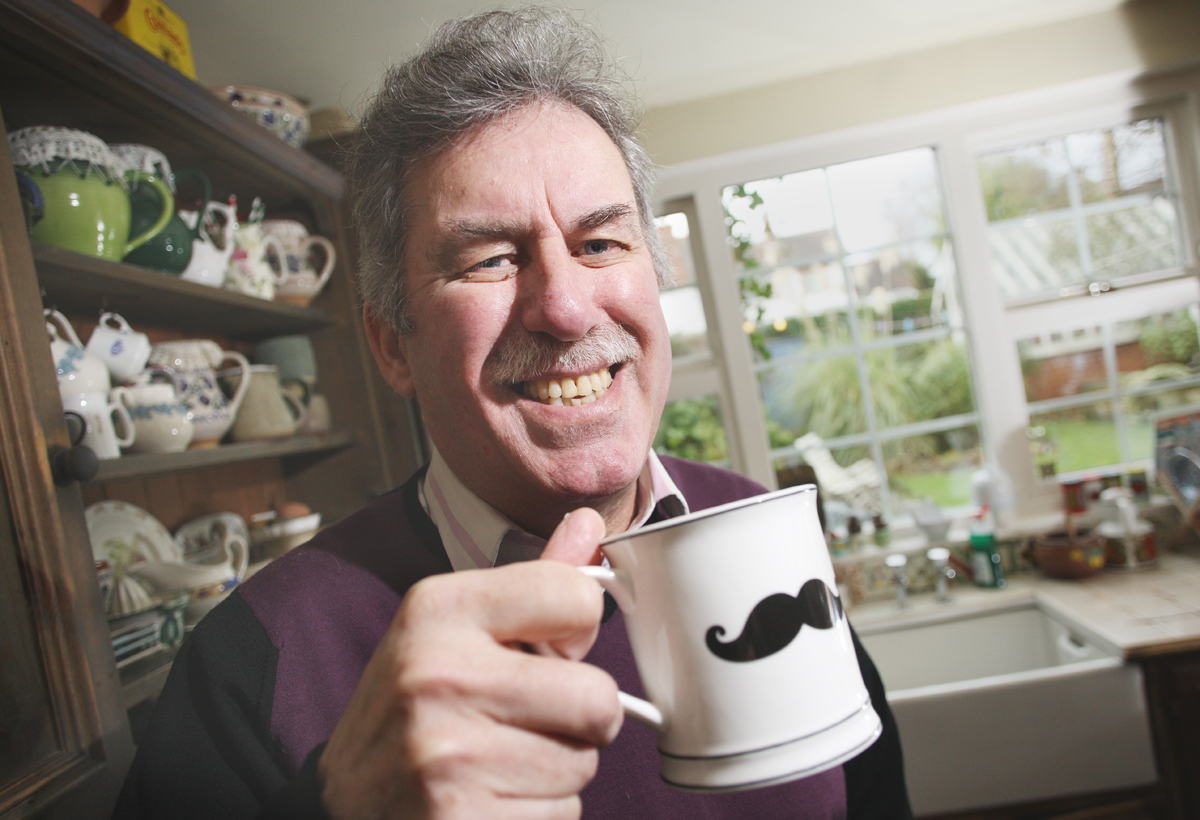 Alban Maginness has had a long and successful career in politics, but now he’s calling it a day

He may have announced his plans to step down after three decades in politics but the daily workload for Alban Maginness shows no sign of letting up.

The outgoing MLA has agreed to sit down on a wet Friday morning to discuss his career in politics but a murder has taken place in the early hours of the morning and at half hour intervals he is dashing out to give interviews to a range of local and national journalists.

As one of the North’s most recognisable politicians, Alban is as in demand today as he was when first elected to Belfast City Council in 1985.

Born just yards from his Antrim Road constituency office on the Antrim Road on Brookvale Avenue, the 65-year-old father of eight is one of the last of the politicians who can trace his political journey back to the momentous events at the start of the troubles.

“From my late teens I was politically aware. I remember I was 18 and at St Malachy’s when the civil rights started with a march in Derry. It was a very febrile political atmosphere in 1968 and was filled with great hope that things would change for the better. It was energetic, it was dynamic, it was a new political approach to the politics of Northern Ireland. We lived in Brookvale Avenue. I am one of six children and my father worked as principal of St Gabriel’s.

“We weren’t a party political family but remember at the end of the late sixties there really was no solid political organisations in Belfast (for nationalists). There were parties in name but no real solid organisation.”

Alban was a regular attendee at civil rights marches and turned out for the march in Derry that was to be known later as Bloody Sunday.

“I was at Coleraine University and we had gone over to Derry innocently. We were earnest and enthusiastic students looking for social justice. We didn’t realise the true impact or extent of what had actually happened until we left Derry. I heard shooting and saw at least two bodies, maybe three, and knew people had been wounded.”

Bloody Sunday would have a large impact on his politics, he says.

“It was a huge event but it simply reinforced my view that political violence was not the right way forward. This was political violence from the State against people who were peacefully demonstrating against internment which I opposed and still oppose.”

Back in Belfast and studying to be a barrister Alban found himself getting more involved in the fledgling SDLP.

“I joined the SDLP around about 1971 and I was a notional member, I wasn’t a big activist but I felt it was a good thing to do and a natural successor to civil rights.”

Increasing involvement in the SDLP saw him unsuccessfully run for election in East Belfast. “Unrewarding” is how he describes it.

But this experience was to serve as a platform for a political career in his home constituency of North Belfast where he was returned as a councillor in 1985. The ‘dome of delight’ stories reflect the reality of what went on.

“The council was bedlam. It was shocking. The unionists looked at us with absolute contempt. The people that they hated most at that stage was Seamus Mallon, he was a real hate figure because of his protests against the UDR and the police. They naturally hated Hume but Mallon was the real target. The DUP were very aggressive and unwilling to make any sort of accommodation.”

It was to take a decade before changes saw Alban elected as the first ever nationalist mayor of the city, something he says remains a highlight of his political career.

“It was great for me personally and as a political event. We broke the political mould and we set up the template for future lord mayors.

“Up until that it had been an exclusive unionist dominated office, and everything about it was unionist. One of the first things I had to deal with was that in the private office of the mayor there was a huge union jack on the wall.

“I remember saying to my secretary, ‘with the best will in the world there’s no way as a nationalist I can sit under that’. It was duly removed and eventually I got the European flag and put it there but the unionists went ape whenever they heard I’d removed it.”

He was to reach out in other ways however, and cites leading the mourning for Princess Diana and wearing a poppy at the cenotaph as an example of how nationalism was ready to compromise, something he would like to see continue.

“I think there’s a duty on everyone in the nationalist or republican tradition to stretch out to the unionist community. I think they do feel at sea, and it’s necessary for us to give them confidence and certainty and I would advise anyone in nationalist politics to do that.”

Of all the parties the SDLP are considered to have lost the most from the peace process, with even senior party members believing Sinn Féin were only able to grow because of John Hume’s efforts to reach out politically.

Alban readily admits that but unlike others believes any sacrifice was worth it and the blame lies more with unionists than with John Hume.

“The electoral damage was caused by the polarisation of politics after the Good Friday Agreement. I think the reason for that was with Trimble, in his wisdom, saying that the real issue was the decommissioning of IRA arms. I think that that caused deep resentment across a wide section of nationalist opinion and I think that the emphasis on decommissioning aggravated the political relationship between nationalism and unionism at large. The initiative, politically, was given to the IRA and the republican movement.

“The political atmosphere became more and more polarised and in the environment where the IRA had made moves and turned off the violence and all the rest, and where Sinn Féin had accepted the Agreement, there was sympathy amongst nationalist people that they were being done down by unionists and Trimble in particular.”

“I was enthusiastically in favour of Hume/Adams from the beginning. I was fully supportive and it was the right thing to do. It broke the political logjam in the same way the Anglo Irish Agreement broke the logjam in the 1980s. It brought in Sinn Féin and that was important. If collaterally the SDLP was damaged it was a price worth paying.

“People were wary and rightly so but I argued for it, and in so far as I had influence was very supportive of John Hume and continue to believe he did the right thing. I think it’s very important it happened.”

Recent commentary from Seamus Mallon that Hume allowed the SDLP to be “played” by Sinn Féin can be put down to old differences between Mallon the “tactician” and Hume the “strategist” he says.

Claims that splits continue to dog the SDLP are also played down.

“I don’t recognise that. I’m used to criticims of the SDLP but it’s water of a duck’s back. There ain’t two wings, we work well together, have a new leader in Colm Eastwood who is young, dynamic and articulate and will do a great deal of good for the party.”

Insiders would have you believe North Belfast and South Belfast never completely saw eye to eye within the party but Alban says he retains a great amount of respect for former leader Alasdair McDonnell, although their relationship may not have been smooth.

“My relationship with Alasdair has been a robust relationship for many years and that’s the way it should be in politics. There’s no such thing as absolute uniformity in any political party or there shouldn’t be because that is the unity of the graveyard.

“I have great respect for Alasdair. I think that he was very good for the party as a leader, he did a lot of work internally. I think his weakness, if there was a weakness, was in terms of his public performances which were indifferent at times (but) I think he has a very important role to play in the party, particularly in Belfast.”

Alban says he can look back knowing that the North Belfast he leaves is much different from the constituency he was elected to in 1985.

“It is a much better place to live in, to be in. I think there’s a much healthier political relationship between the two communities and amongst the political parties here but it’s by no means ideal and I’m saddened by the fact we haven’t resolved the issue of contentious Orange marches but that will be resolved in the future. I don’t know how soon but I think the vast majority of people will be happy with that resolution.

“I think it’s a transformed place but we’ve more work to do and I’ll continue to assist in any way I can to do that. I think that we have made considerable progress and that’s very important for the future of your readers in North Belfast.”