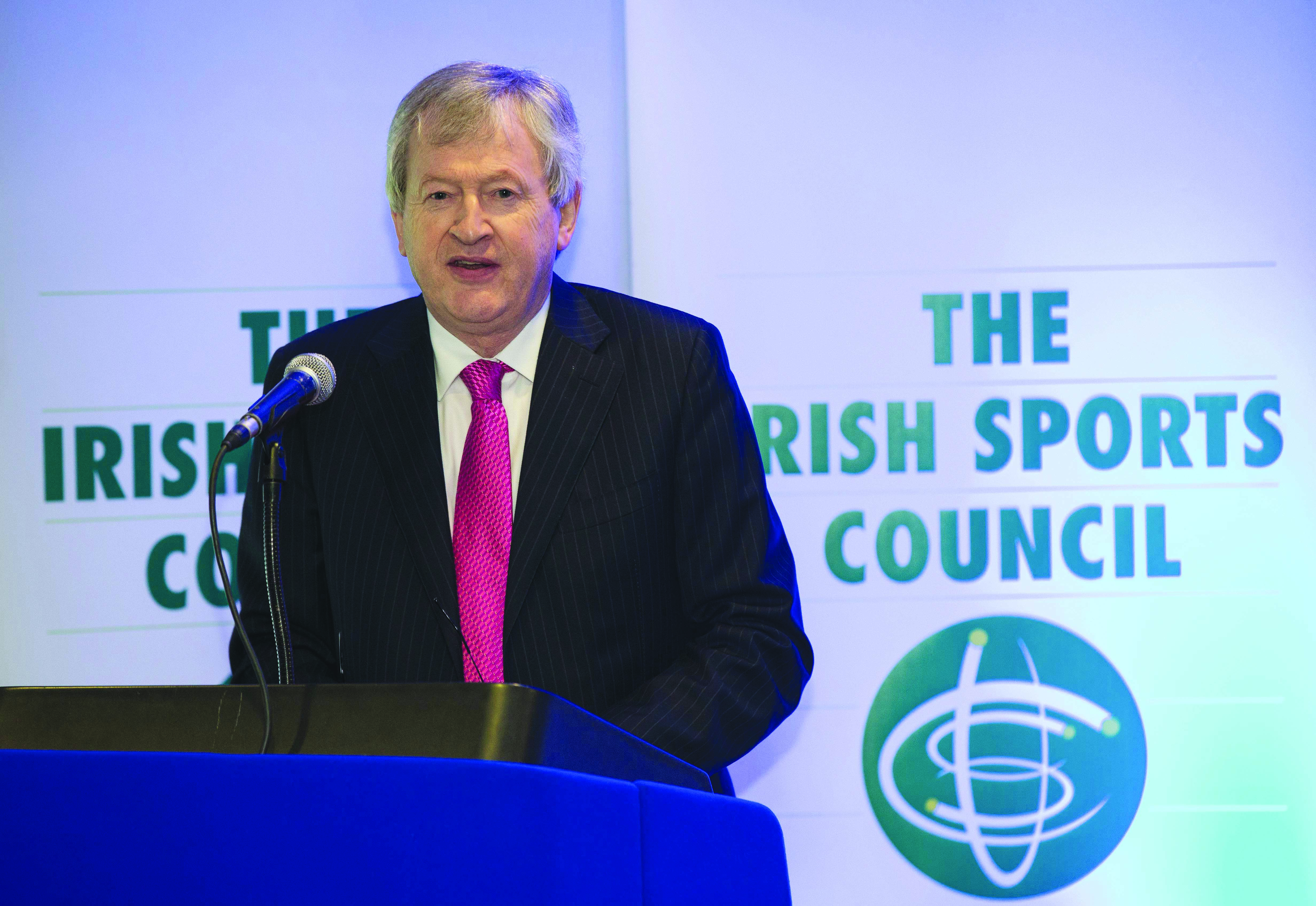 GAA Director General, Paraic Duffy was part of the panel at the Féile an Phobail GAA talk night at St Gall’s on Monday

GAA Director General, Paraic Duffy has said Central Council are keen to help with the development of Gaelic Games in Antrim provided the county develops a viable strategy. The Monaghan native was speaking at the Féile an Phobail GAA Talk Night at St Gall’s on Monday where he formed part of a panel that included ex-Antrim hurler and manager, Terence McNaughton, current Fermanagh football boss Pete McGrath and former Donegal footballer, Brendan Devenney.

Over two hours, the lively debate touched upon a number of pressing matters of the day in Gaelic Games, but the healthy crowd were of course keen to hear what plans there are to revive Antrim who have been in the doldrums for quite some time.

The Director General - accepted as the most important figure in the Association - confirmed it is the GAA’s intention to help develop hurling and football in Ireland’s second city but would not just be writing a ‘blank cheque’.

“Belfast is our second city so in GAA terms it’s absolutely major and the state of the GAA in the city is vitally important for the GAA,” he said. “We showed what can be done in a large city with what we have done in Dublin over the last 20 years and the increase in participation, so we need to do the same in Belfast.

“There is a new County Board in this year and they have inherited a number of issues. We are ready to put funding into developing the GAA in Belfast, but it’s not a blank cheque. It has to be backed up by a plan and one that is viable. The County Board will develop this plan and when they do, we will sit down with them and the Ulster Council.

“It’s not just a case of writing a cheque and saying ‘there’s a couple hundred thousand for new coaches’. It has to be part of a cohesive plan to build and get stronger. I think we can do that and that’s part of the challenge.”

On the hurling front, things have been in decline for a number of years with the county’s senior team now plying its trade in the second tier of the Championship and third tier in the League, while apart from the All-Ireland U21 final appearance of 2013, there has been little to shout about underage.

Things are particularly worrying in the city with just two Antrim titles being won by city teams in over 25 years and McNaughton said that while things need to change, perhaps the solution is closer to home than many believe.

“If you look at Cushendall and a population of 1400, we did a survey a few months ago,” he began.

“There are 44 primary schools in greater West Belfast, boys aged 5-11 and there are over 8000 (children). Out of that there are 300 involved in clubs. “People ask why in Cushendall we are doing so well. It’s because we have to work so hard.

“I know West Belfast has its own disadvantages and all that there, but this is 2016 and the same problems exist in Cushendall too. My problem is that if you look at West Belfast, one club (Rossa) has won two Antrim Championships in the last 28 years, that means North Antrim has won the rest. “The problem is, there are 44 primary schools and slight work going on, but nothing consistent.

“Look at St John’s. They thought they had us beaten last year and then sat back and watched us go to and All-Ireland final and all that goes with it. Those same group of players are now more or less relegated. There has to be consistency and people may not like this, but you have to look in the mirror before you look out the window.

“There is work could be done and there are still great coaches in West Belfast with the new County Board who I believe in to do the right thing.” The former Allstar says it is not all doom and gloom and is convinced brighter days lie ahead so long as people are prepared to put their shoulder to the wheel.

“I do believe we will turn a corner with the help of Croke Park, but if you ask me is Paraic Duffy going to write us a blank cheque, no I don’t believe that and I don’t believe it’s just a money issue,” he stressed.

“I have been asked this a thousand times about us just having two (full-time) coaches. The issue is volunteers and people wanting to do the work. “There are good people who seem to have become disillusioned and an apathy towards the county.

“I remember when I was hurling, there were busses from North Antrim and Belfast to go and watch us, but you could take the Antrim support now in the back of a car. Why is this happening? “There are thousands of kids leaving school in West Belfast who have never held a hurl.

“We can blame Croke Park for that or we can look at ourselves and say it’s us to blame and the clubs up and down the Falls Road who are to blame for this. “Loughgiel, Cushendall and Dunloy have dominated Antrim hurling over the past 30 years because of the work we put into our clubs. I have great friends in West Belfast and I know there are great coaches, but can we work harder and is there more that can be done to clean our own house before we go and ask others to do it?”

On the football front, Fermanagh boss McGrath has overseen something of a upturn in fortunes in the Erne County over the past three seasons and a question from the floor asked the double All-Ireland winning manager with Down how this can be so given the small population in the county.

“No matter county I would have gone to, going in my task was simple, to source and get on the training field the best players available to me,” he explained. “To get them training and present to them a vision or blueprint with no guarantees, but one that made sense, viable, workable and the only thing it would guarantee would be that it would make them better footballers individually and a better team collectively.

“I believe that in all the counties in Ireland, with the exception of Kilkenny, there is a group of players that if they are brought together, treated properly, encouraged, cajoled and if the environment is there for them to be the best they can be, then great things can happen. Maybe not winning an All-Ireland, but certainly winning an Ulster Championship and giving the people of the county great days. “That gathers momentum and an unstoppable force in a way. Where it stops, nobody knows.”