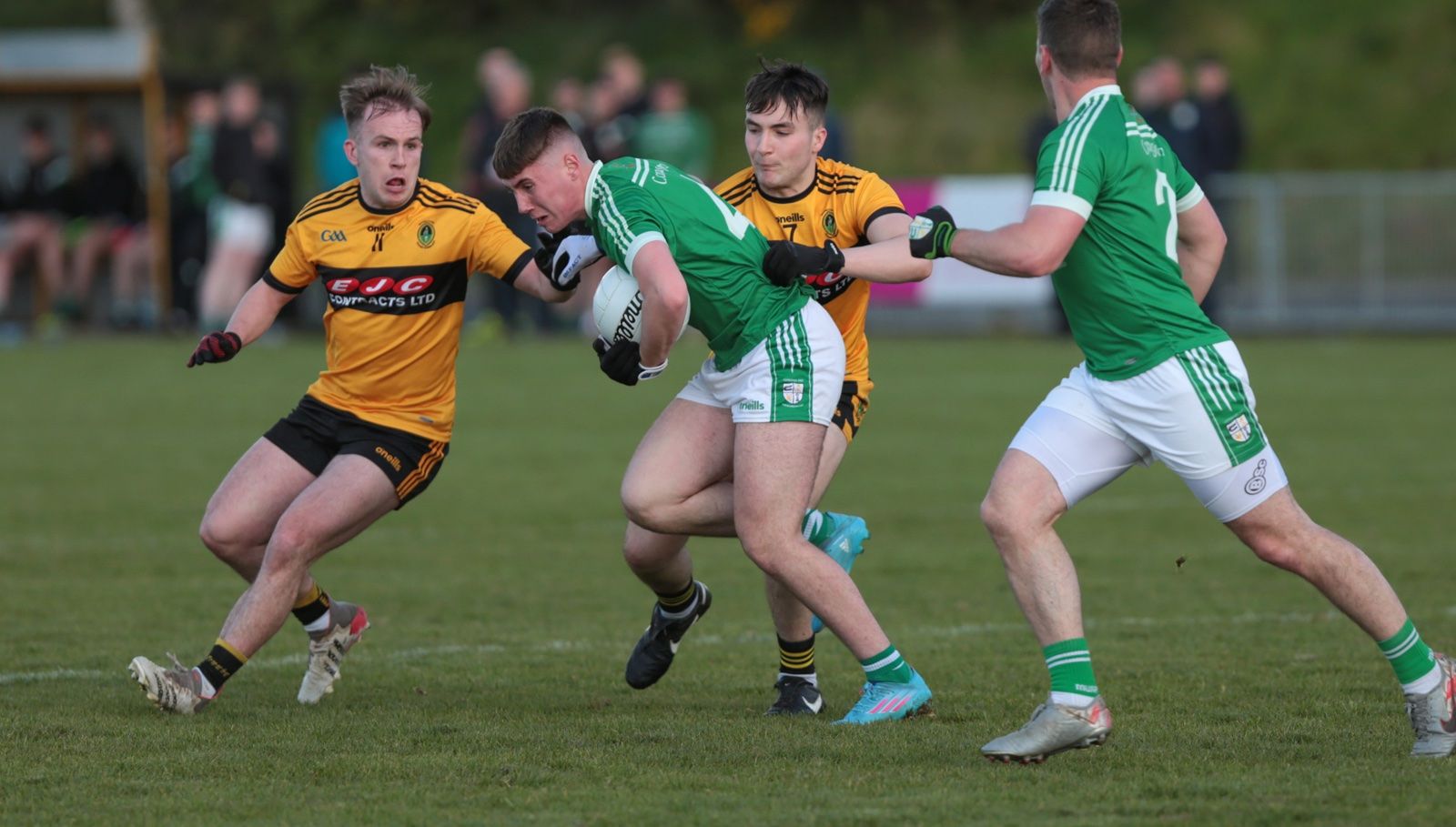 Cargin claimed the points from their annual visit to Hightown in a poor game in which open football was at a premium they passed the winning line with eight points to spare over Naomh Éanna.

The home side played with a couple of sweepers to deny their visitors and in a well-constructed counter, Conor McAuley nipped up the right-hand side to open their account with a fourth-minute point for the Glengormley men.

The Toome lads had wasted a couple of chances before Tomas McCann despatched a 30 metre free between the posts when big Gerard McCann was fouled on way to the posts.

McCann added another pointed free that proved to be the penultimate score in the opening period and with a 25th minute Fionn Nagle point proving the last score of the first period just prior to the short blast it was 0-2 apiece at the short blast.

A poor opening period ensured those in attendance looked forward to more open fare in the second period and they were treated to a couple of scores, one at either end in the opening minutes.

Cargin were first to strike when Ronan Gribbin bagged a 33rd-minute goal after making an advance on the right-hand side and combining with Mark Kelly to find a way past Paddy Flood.

The home side provided a reply at the other end a couple of minutes thereafter as Odhran Eastwood fully punished a foul on the impressive Peter Healy, despatching the 35-metre free-kick directly between the posts.

A good opening phase which passed the ‘spectator test’ was not to trend although the Cargin netminder John McNabb joined up in the offensive to bag a super point after Tomas McCann had sent a 30-metre free-kick between the posts to punish a foul on the incoming Ciaran Bradley.

The keeper’s white flag raised ensured an advantage of 1-5 to 0-3 to the Toome men.

Naomh Éanna needed to respond but it was not forthcoming as the Cargin men stood firm with Cahir Donnelly, one of four 18-year-olds on duty, leading their rearguard.

Tomas McCann added to his personal haul when he despatched a 40 metre free between the posts following an indiscretion on Gerard McCann to increase the Toome men’s lead in the 53rd minute, and when Jamie Gribbin grabbed the resultant kick-out to firmly return the ball to the back of the net that was that.

The home side did strive to make inroads in the last minutes but there was no way through the Cargin rearguard and a late point from Ronan Gribbin saw Cargin cross the winning line.