Gaelic Games: Gleeson insists Antrim are ready for step up in class 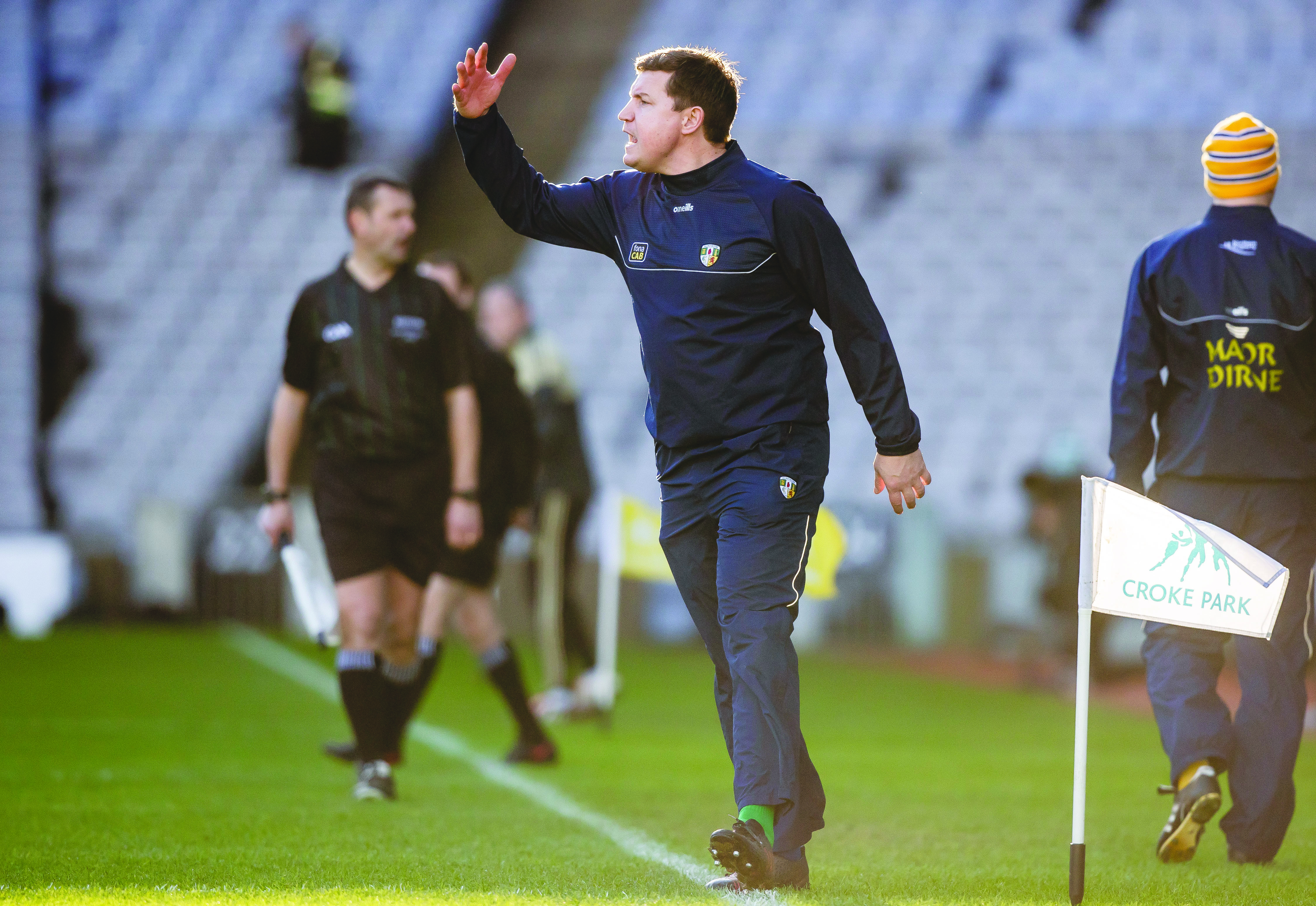 ANTRIM hurlers knew they’d face much sterner examinations in 2021 and now their fixture schedule proves it.

As a reward for clinching promotion to Division One and winning the Joe McDonagh Cup in a remarkable 2020 campaign, the Saffrons will dine at the top table this year and will get the chance to mix it with some of the leading teams in the country.

They’ll begin the delayed 2021 season by hosting Clare at Corrigan Park before back-to-back games on the road against Kilkenny at Nowlan Park and Dublin at Parnell Park.

Antrim were also pitted against Dublin in last Tuesday’s Leinster Senior Hurling Championship draw with the winners taking on Galway in the semi-final.

Wexford and Laois clash in the other quarter-final for the right to face Kilkenny in the last four.

The quarter-final losers will then go into a preliminary round Qualifier tie which will double up as a relegation play-off.

The #GAA has announced the fixtures, dates, times, and venues for the 2021 Allianz Football and Hurling Leagues. Both competitions will begin with what should be some very exciting matches. #AllianzLeagues #GAA

Antrim manager Darren Gleeson knows how difficult the forthcoming campaign will be, but he believes his side are ready for the step up in class.

“Dublin will be a tough test in the Championship, they are well-established at the top table now,” said Gleeson.

“They’ve won a League title (2011) and they won a Leinster title eight years ago.

“We’re in with the big boys in Leinster now and there were no easy games from the three options we had of Dublin, Laois and Wexford. There is nothing handy with any of those counties – Laois turned over Dublin a few years back.

“We play Clare in the first game of the League up in Belfast. That’s a huge game for us as we are on the road for our next two games (against Kilkenny and Dublin).

“There is a great buzz among the lads, they know the league games and they know who we have to look forward to in the Championship.

“It does bring a focus and a renewed energy to the boys. To have that certainty of knowing when you are training and when you are playing was something that was badly needed for the players.

“Hopefully, they can go and make all those fixtures count when they get the chance.”
Gleeson also insists he won’t need to ground the team in any way following their brilliant 2020 season and feels they can use that momentum to their advantage ahead of their Division One Group B Allianz Hurling League campaign.

“When you get a successful year, you have to use that momentum,” added the Antrim boss.

“There is no point in hiding from it, we are stepping up in class so we have to bring that momentum with us.

“There is a good feel about the group and there is a positivity about the team.

“You have to embrace that, but there is no need to ground these lads. They are all from good GAA communities and they are all well-grounded individuals.”

Antrim begin their 2021 season by welcoming the Banner County to Corrigan Park on Sunday, May 9 before travelling to Nowlan Park a week later.
There isn’t much time to get up to speed with condensed format for the inter-county season.

As restrictions continue to be eased, county teams were permitted to resume collective training last week and the Antrim hurlers were out at Dunsilly last Monday night and Gleeson said it was great to reunite with the squad following on from December’s Joe McDonagh Cup success in Croke Park.

“We started back on Monday night at Dunsilly and we got a great night for it, the weather was perfect and everything,” said Gleeson.

“We are lucky in Antrim, we’ve a Head of Athletic Development, Brendan Murphy, and he has been in touch with the lads and keeping tabs on their programmes, both for the senior hurlers and footballers. They’ve been monitored throughout the winter.

“I’ve a great team there with Jim (Close) keeping in contact with the lads in Belfast with Gary (O’Kane) and Johnny (Campbell) doing the same for the North Antrim boys.

“Everyone was in great form at training on Monday night and it was unreal to get back out on to the pitch.

“On Sunday night, when you are getting the gear together and getting things in order, it was great just to know that we are getting back on the road and everyone is looking forward to the new season.”

Of course, it wasn’t just the county hurlers who excelled in 2020.

The Antrim club scene was rejuvenated last season with several games benefitting from live streaming and the hurling and football Championships served up some cracking contests with Dunloy and Loughgiel edging out city sides Rossa and St John’s in a memorable semi-final double-header at Dunsilly.

Gleeson feels the county sides must continue to build on the feel-good factor that surrounds Gaelic Games in Antrim at present.

“Rossa’s result over Cushendall up at Hightown, Dunloy and Rossa in the group stages as well, then you’d some great games up at Dunsilly.  There was a great buzz around the GAA in Antrim last year.

“That all comes down to the good work that the GAA clubs in Antrim are doing.

“The juvenile set-ups are really busy and the Ladies footballers and camogie side done well in their respective Championships as well.

“The footballers were in the mix as well in the League and one bad result cost them. They also had four or five positive results.

“Overall, there was a really good feeling about Gaelic Games in Antrim and that certainly helped the hurlers as well and we need to build on that.”

Those Championship battles gave Gleeson a chance to cast a glance over some emerging talent in the county.

Over the coming days, the Antrim boss will sit down with his management team and finalise the Antrim panel for the forthcoming season and Gleeson hinted that there could be some new blood introduced over the coming weeks.

“We are training away and trialling players – we’ve eight lads in who we didn’t have last year. We are giving them the opportunity and we’ll see how it looks out.

“We’ll pick our League squad towards the end of the week. The lads have been working away on their programmes over the winter and it is up to them now. It is a short pre-season, but it a short season.”