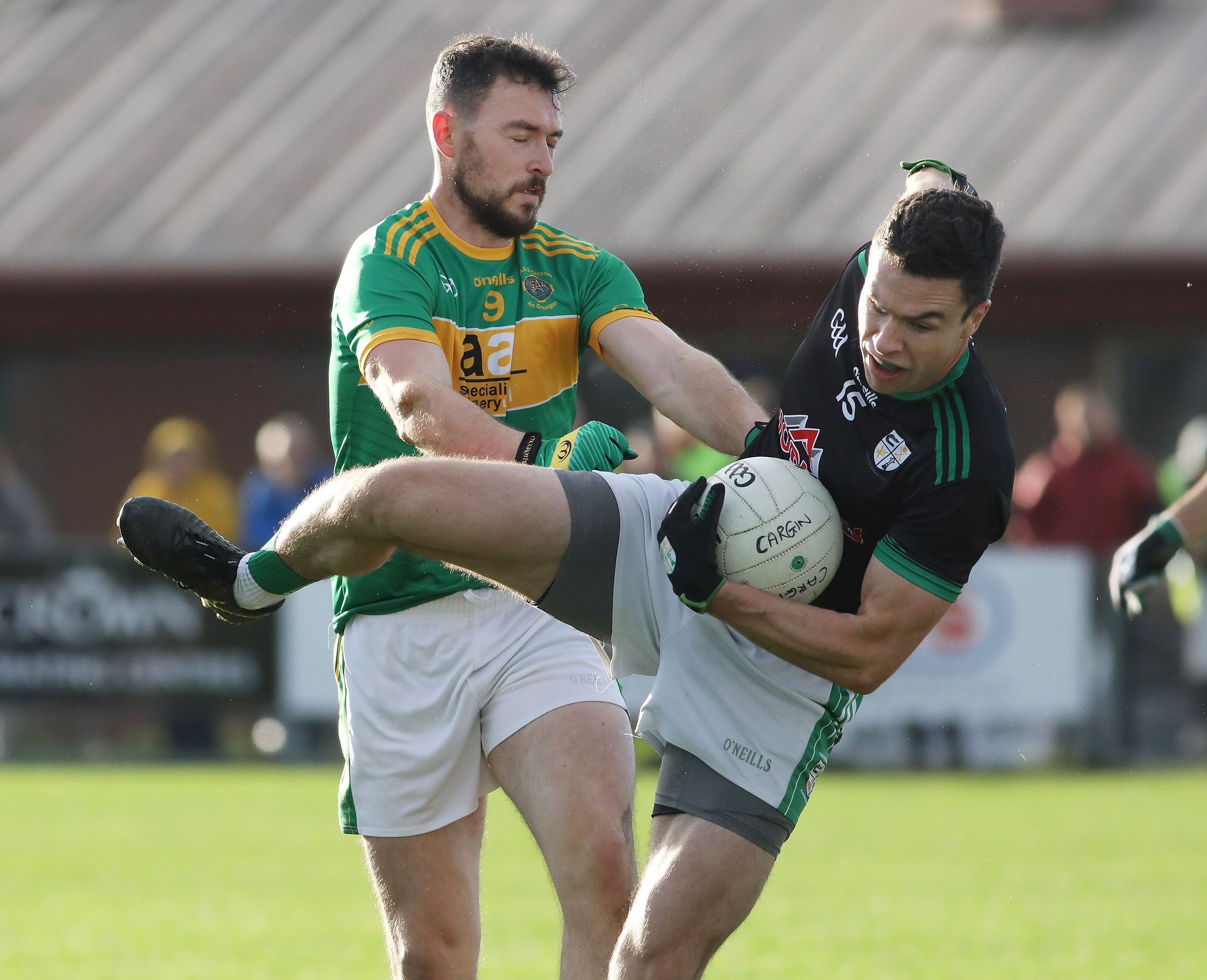 THE race for the Division One title in Antrim heats up a little this evening as first plays second with Creggan hosting neighbours Cargin.

The county champions sit on top of the pile with a two-point advantage, so a victory this evening over Erin's Own would put them within touching distance of the Eddie Fitzsimons Cup, so the onus will be on Cargin to claim the points that would see them draw level with Kickham's with three games left to play.

Portglenone are still alive as they sit three points behind the leaders ahead of this evening's games and they have home advantage over Rossa.

The other game in the top half of Division One takes place at Corrigan Park as St John's host Lámh Dhearg with only the Red Hands still having a completely outside chance of the title, although results elsewhere this evening could extinguish those regardless of what happens in their game.

The bottom half of the table will see Tír na nÓg enjoy the bye, but this gives Gort na Móna the chance to narrow the gap on the Randalstown club in second room bottom to one point should they claim victory at Musgrave Park over St Brigid's.

Elsewhere, Naomh Éanna host St Gall's while Ahoghill are at home to Aghagallon.
In Division Two, Moneyglass can wrap up the title this evening should they claim victory at St Paul's.

All Saints, Ballymena are still in with a shout should results go in their favour and they win all their remaining games beginning with this evening's home fixture against Davitt's, while Glenravel are at home to Ardoyne in the top half's other fixture.

In the bottom section, St Teresa's are now just one point adrift of Rasharkin following their fine win at the weekend and their bid to move away from the bottom of the table could be complete should they claim a home win over Dunloy and the St Mary's club fall to a home defeat against Glenavy. The other fixture at the Bear Pit will see Sarsfield's take on Aldergrove.

Division Three's fixtures will see St Comgall's and Pearse's host O'Donnell's and St Gall's III in the top have respectively, while in the bottom, Wolfe Tone's welcome St Malachy's to UUJ, while St Agnes' have Laochra Loch Lao for company at Woodlands.

There is also some hurling action tonight with Naomh Éanna in Cushendall for a Division One fixture, while there is a meeting between the St Gall's and Sarsfield's reserves in Division Four. Tomorrow evening in Division Four Ardoyne host St Brigid's.

Fixtures (all Wednesday 7.45pm unless stated)