Gateway to the future 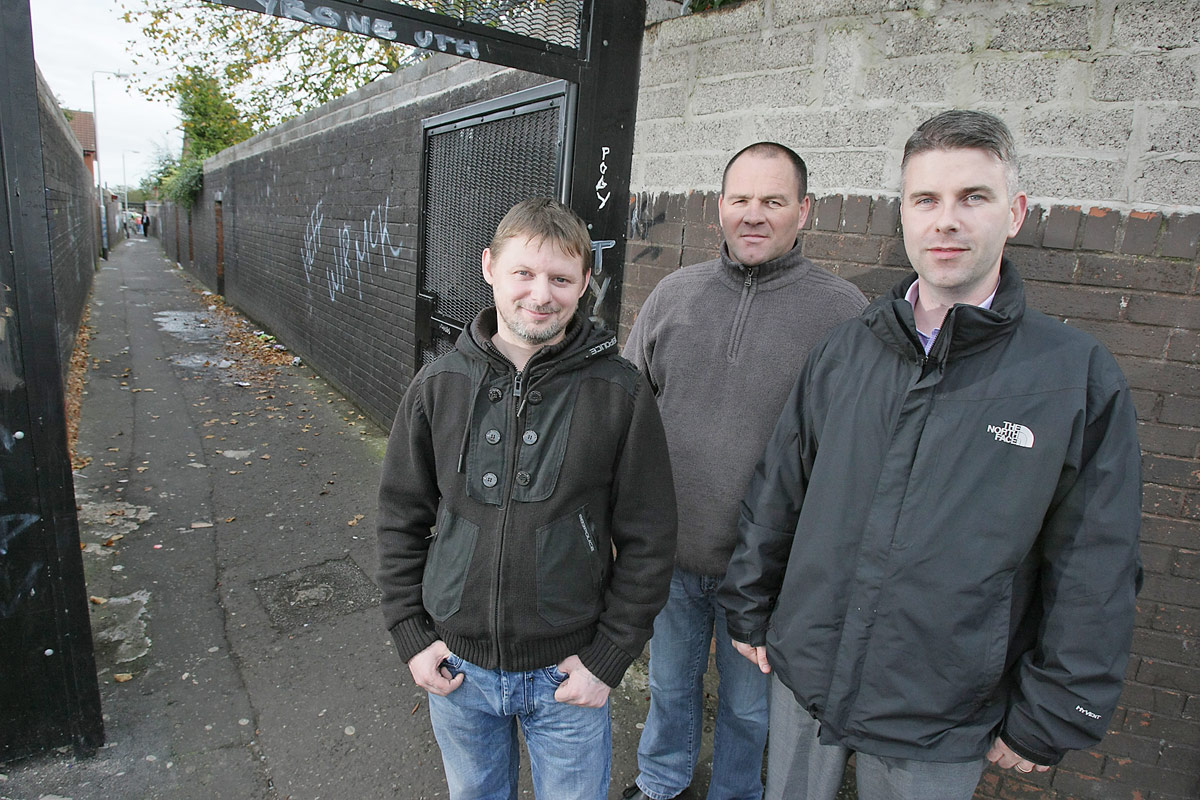 AN alleyway that’s a notorious magnet for anti-social behaviour in the Springhill and Westrock areas of West Belfast will be secured at night thanks to the installation of new gates.

The alley linking Springhill Drive and Westrock Gardens will now be closed from 10pm at night to 7am the following morning thanks to the new gates, which were put in place as part of a joint initiative between local residents’ groups, the Upper Springfield Community Safety Forum, the PSNI and Belfast City Council.

“This alleyway has been a hotspot for anti-social behaviour since it was built over 20 years ago,” said Upper Falls Sinn Féin Councillor and community worker with the Upper Springfield Community Safety Forum, Steven Corr.

“It was an area highlighted as a problem not only by the residents living beside the alleyway but people living further afield as a serious problem that was being used for crime and could be accessed 24/7. Once it got dark it was being used by the wrong elements – an awful lot of fights, drinking and drug-taking were happening there and a criminal shot another criminal there about six months ago.”

Some £6,000 was secured for the gates from the PSNI and Belfast City Council.

“These gates are a necessity for the residents and they wanted it done like this,” continued Mr Corr.

“The local residents’ associations, with the help of the community safety forum, lock the gates at 10pm at night and they don’t open again until 7am the next morning.”

Constable Peter Connolly, Crime Prevention Officer, said: “Police have been working closely with residents to address issues of concern. The PSNI secured £5,000 of funding which could be used towards crime prevention through environmental design.

“We have agreed on a number of measures which are being implemented with a view to creating a safer environment in these areas,” added Constable Connolly.