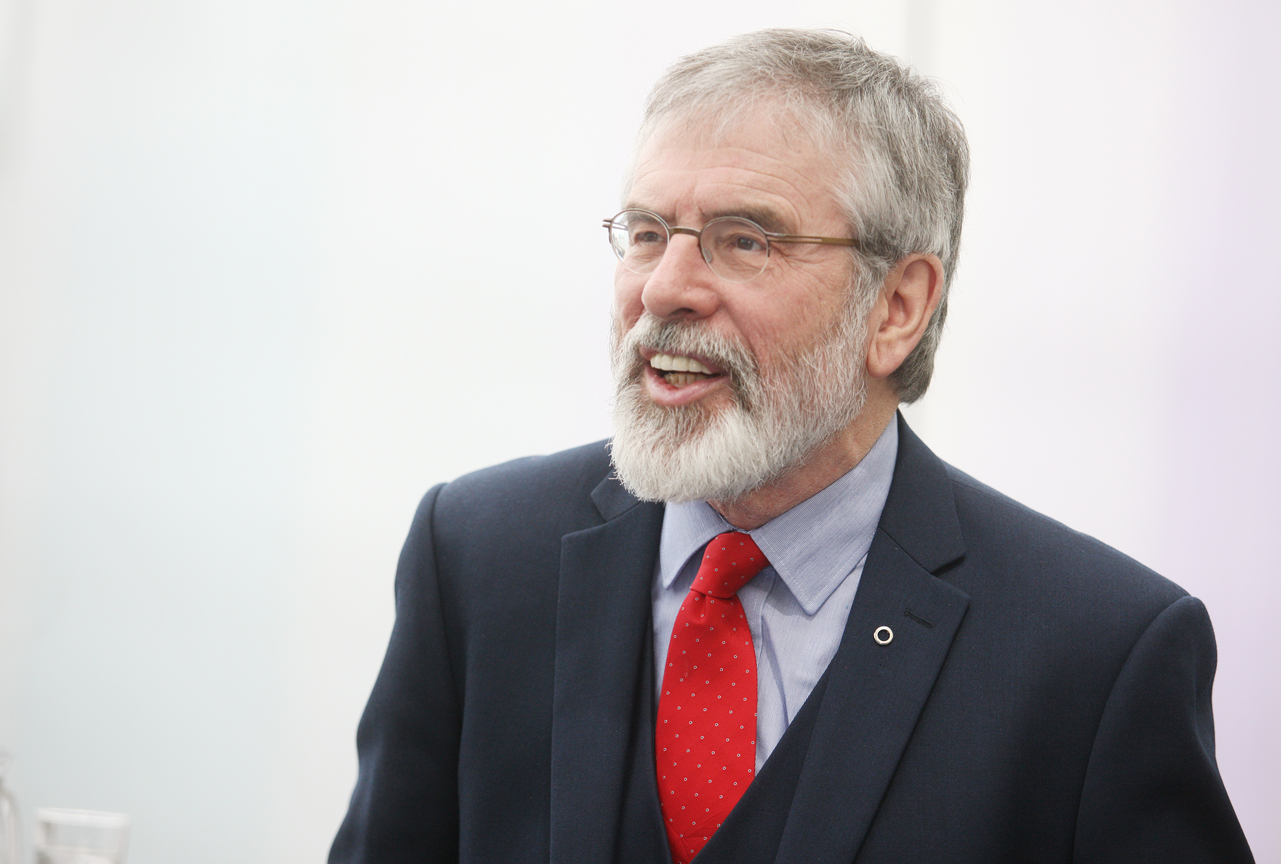 Sinn Féin President Gerry Adams has said the future of the north remains best served by a working Assembly after the DUP announced a £1.5 billion ‘confidence and supply’ deal with the Tory party.

The unionists have cut a deal at Westminster to ensure Theresa May’s government survives critical votes in parliament, in return for the bumper finance package that will be invested in infrastructure and health projects.

Responding to the deal, Gerry Adams said the British government’s focus should be on Stormont.

“If as they claim in today’s agreement, both the Tories and the DUP will adhere fully to the Good Friday Agreement and its successors, they need to deliver on this for the political institutions to be restored,” he said.

“There is work to be done by the DUP and only limited time to do this.

“The price of today’s DUP-Tory deal is DUP support for continued Tory austerity and cuts to public services.

“It provides a blank cheque for a Tory Brexit which threatens the Good Friday Agreement.

“The DUP have agreed to support the Tory Government on all motions of confidence and on the Queen’s speech, the Budget, finance bills. money bills, supply and appropriation legislation and estimates and all legislation pertaining to British national security and Brexit.

“The Tory government has slashed more than £1 billion from the block grant over the last seven years.

“The allocation of additional funds could help to ease the enormous pressure on our public services. The devil is in the detail.

“Sinn Féin will continue to prioritise the establishment of a credible, sustainable Executive which deals with all the challenges facing our society, including the failure to implement previous agreements.

“Sinn Féin will vigorously pursue the rights of citizens currently being denied by the DUP and the British government.”

He said they remained opposed to the Military Covenant being introduced in the north – a piece of legislation Sinn Féin says will favour former British soldiers over ordinary members of the public.

“We are committed to equality. Sinn Fein will resolutely oppose any attempt to give preferential treatment to British forces, either in terms of legacy or the provision of public services,” he added.

“If as they claim in today’s agreement, both the Tories and the DUP will fully adhere to the Good Friday Agreement and its successors, they need to deliver on this for the political institutions can be restored.

“So there is work to be done by the DUP and only limited time to do this. As they return to Ireland to meet with Sinn Féin and the other parties, the DUP should be minded of the words of Edward Carson speaking in 1921 on the Tory intrigues that had led him on a course that would partition Ireland: ‘What a fool I was. I was only a puppet, and so was Ulster, and so was Ireland, in that political game that was to get the Conservative party into power’.”

The deadline for a deal on Stormont is tomorrow, (Wednesday).