Get ready to Deck the Falls this Christmas 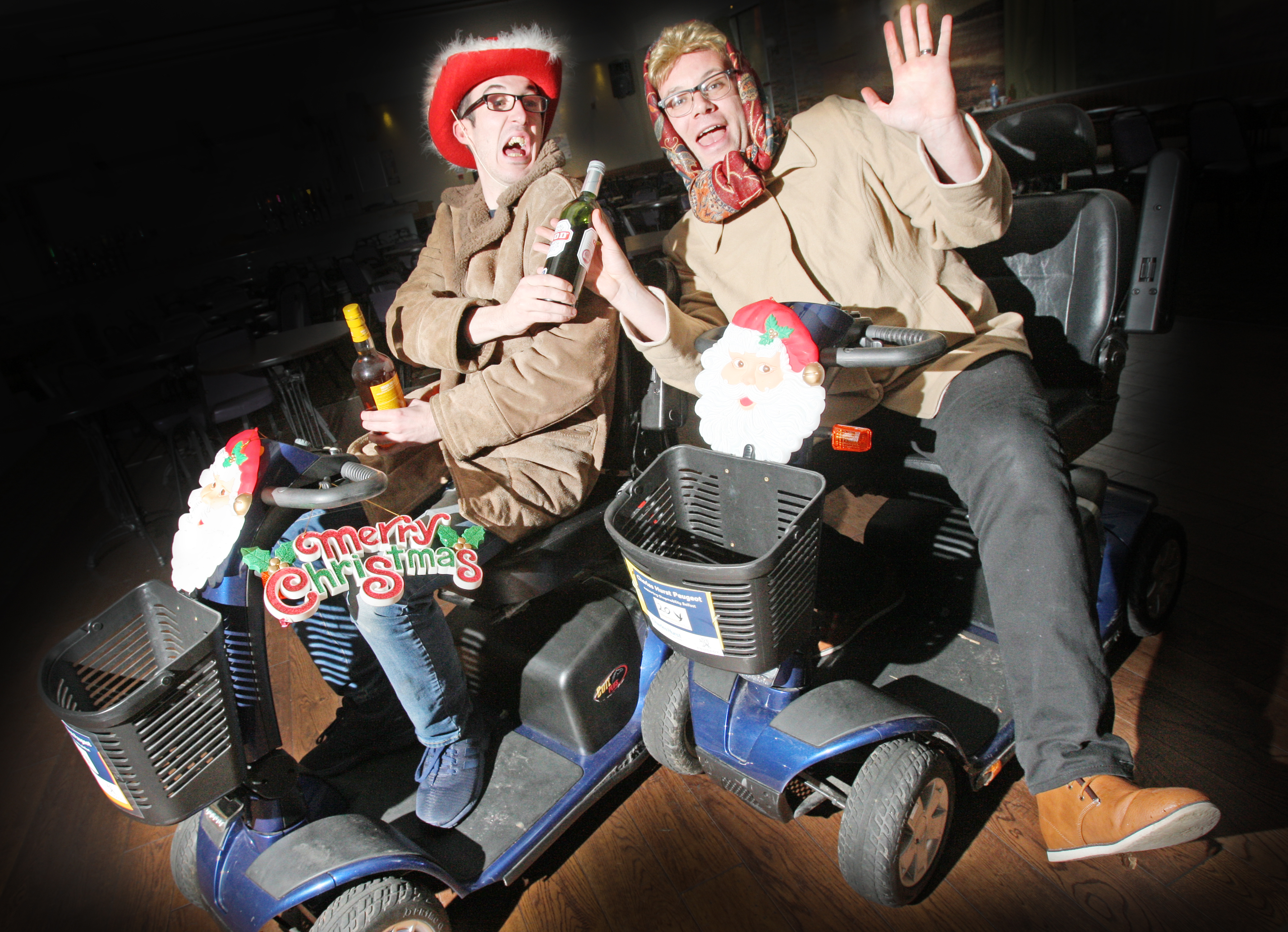 AFTER the phenomenal success of the sell-out run of ’Em Two Balloons last Christmas, West Belfast’s dynamic comic duo are back to ‘Deck the Falls’.

In a brief break from rehearsals, actors Ciarán Nolan and Gerard Jordan told Daily Belfast that they’ve a wealth of plans, scams and skullduggery up their sleeves to get audiences in the festive spirit across a series of city venues as the countdown to Christmas kicks in.

Written by Vincent Higgins and with Kabosh Theatre’s Paula McFettridge at the director’s helm, our Balloons introduced us to a new collective noun – they said “a hoot of characters” will be returning, much to the merriment of Belfast audiences.

“We got an unbelievable response last year so to come back again with a new show was really a no-brainer,” said Ciarán. “All the characters from the first time around, the two doormen, the two dog men, Tablets and Mutley, the two oul’ dolls, Jean and Joan, are all coming back with a few mentions here and there, a few sprinkles of Noel Grimley’s, Molloy’s Fuels and even the new Andersonstown Lidl getting a festive mention.”

“Ciarán and I have worked together for many years and we had such a blast last year we basically started working on the show from September,” explained Gerard. “People, the audience, really love the characters. I mean, you have two oul’ dolls having an epiphany and two greyhounds going on the run – and that’s just the first half. We are delighted to be returning to the Roddy’s again and are performing right up until December 30 in Dungannon. The demand is there,” he laughed, “so, who knows, you could see ’Em Two Balloons returning in their own summer show with a Benidorm vibe.”

Tickets for Deck the Falls at the Roddy’s are priced at £10 with performances from November 25 to 27, December 2 to 4 and December 10 to 11. Performances will also take place at the King’s Head, St Enda’s and St Paul’s GAC.