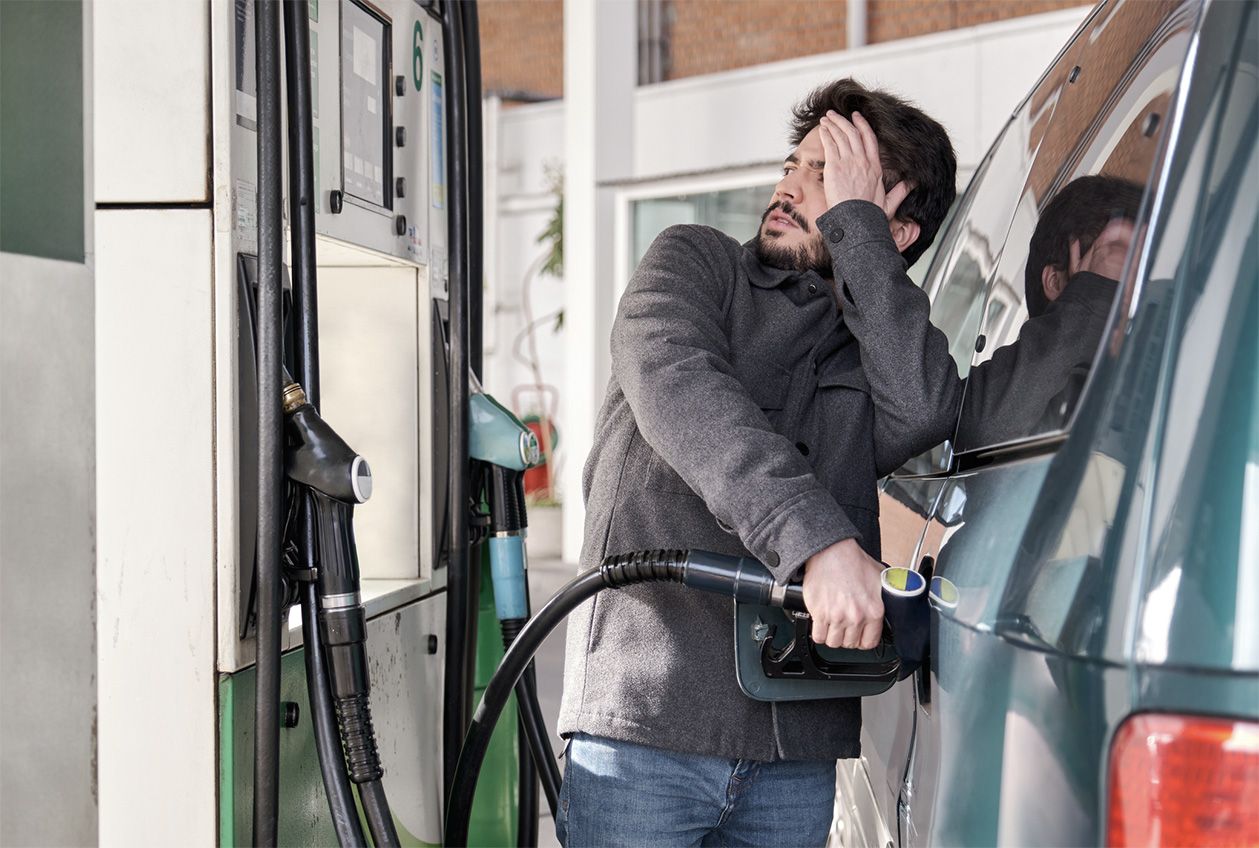 SAVE FUEL: The more rolling and less stopping and starting you do, the better.

WITH fuel getting more expensive by the day, I thought I would look at some of the old tips passed down over the years. But instead of just passing them on, I want to ask, do they really work?

The first is that driving at 56mph is the best speed for fuel economy. Not true. The 56mph myth came from old fuel consumption tests which were conducted under three fixed conditions: in the city, at 56mph and at 75mph. The most efficient of those three was 56mph, which led people to think this was always the best way to drive. In fact, the RAC says 45 to 50mph is most efficient, confirming that their tests show that savings of between nine and 25 percent can be made by keeping your speed down.

The second tip is that the aircon drains fuel. If you've ever resisted the urge to reach for the aircon on a hot summer's day to save fuel, you were right to do so. Extra energy is required to power a car's aircon system and turning it on can increase your fuel consumption by up to ten per cent. It’s worse on shorter trips because the aircon uses even more power initially to bring down the inside temperature of your car. Opening your windows might be better, but this creates a problem called ‘drag’ where your engine must work harder to compensate for the air resistance created by the open windows. If you must choose between the two, it’s aircon above 50mph, the open window below that.

The next old tip is that coasting saves fuel. Coasting is when you drive with the car in neutral, or with the clutch pedal held down. Coasting . And with modern electronics which cut the supply of fuel each time you take your foot off the accelerator there’s little to be gained by coasting, so give it a miss.

Next, cruise control saves fuel. Cruise control is a device which keeps your car at a constant speed without having to use the accelerator and is often seen as a sure-fire way to save fuel as it avoids unnecessary acceleration and harsh braking. This is true when it comes to motorway driving. But on other road types you are more likely to use more fuel in cruise control.

Does the wrong tyre pressure use more petrol? Yes. Underinflated tyres will use more fuel. Check your pressures regularly, especially before heading off on a long journey.

Will carrying additional weight use up additional fuel? Yes. So leave out anything you don't need to carry like toolboxes and roof boxes.

The best advice anyone could give is to use ‘eco-driving’ techniques. Eco-driving is when you focus on anticipating traffic flow to afford yourself a greater opportunity to maximise on your car’s momentum. Leave a larger safety distance between yourself and other vehicles.

Not only will this lower your chance of an accident but also provide the space required to maintain momentum and decelerate by easing off your accelerator instead of braking. Keeping your accelerating and braking to a minimum is the golden rule of eco-driving. The more rolling and less stopping and starting you do, the better.

Verstappen turns the screw in Canada

With Sainz second, Lewis Hamilton took his first podium finish since the opening round of the season, with the Mercedes driver finishing ahead of teammate George Russell and Ferrari’s Charles Leclerc who battled through to fifth from 19th on the grid.

The field got away cleanly at the start and at the front of the grid Verstappen powered into the lead ahead of the Alpine of Fernando Alonso. Sainz held third ahead of Hamilton who resisted heavy pressure from Haas’s Kevin Magnussen. Further back, Pérez also made a good start and he quickly rose to P11 ahead of Williams’ Alex Albon. On lap eight, though, Pérez’s race came to an end when he suddenly slowed on the approach to turn 8 and ground to a halt in the run-off area. On lap 20 Mick Schumacher in a Haas stopped in the run-off area in the same spot where Pérez had retired.

The resultant virtual safety car gave Sainz and Russell the chance to make a pit stop and both took on hard tyres. Alonso stayed out on track and moved into second place behind Verstappen.

After 70 laps, the Dutchman crossed the line nine tenths of a second ahead of the Ferrari of Sainz to take his 26th career win and his sixth of the season. Sainz was left with second, Hamilton took his second podium finish of the campaign with third. Russell finished fourth ahead of Leclerc and Ocon and Alonso were sixth and seventh respectively. Bottas finished eighth for Alfa Romeo, ahead of team-mate Zhou and the final point on offer on the daywent to local hero Lance Stroll of Aston Martin.

Verstappen’s first win in Montreal means he now has a commanding 46-point championship lead over Pérez, whose failure to finish leaves him second on 129. Leclerc’s fifth puts him on 126 points. In the Constructors’ Championship Red Bull now has 304 points, 76 clear of Ferrari on 228 points.


IT was a magnificent Moffett family one-two in the 2022 Donegal International Rally last weekend.

Monaghan driver Josh Moffett celebrated with Champagne after a final day of high drama on which he ended with 46.7 seconds to spare over big brother Sam, the winner there in 2013 and 2019.

Josh went to the Atlantic Drive test in firm command and after a steady run through arrived to what can only be described as emotional scenes at Downings when the Hyundai i20 R5 with Josh and navigator, Andy Hayes, came into view. That’s now a remarkable eight wins from eight for Josh in the 2022 Irish Tarmac Championship.

The 50th anniversary Donegal International Rally provided plenty of drama on the final day, resulting in Josh jumping from fourth to the top of the table, meaning Josh and co-driver Andy Hayes have claimed their first victory in what is a very special motorsport event. Both the Moffett boys played a steady game early on and proved the old racing adage “to finish first, you must first finish.”

On Saturday the pace was fierce as Callum Devine and Welshman Matt Edwards battled for supremacy. Circuit of Ireland winner Alastair Fisher was in third with Josh 5.1 seconds behind his big rival. Sam was untroubled after that as he slowly reeled in Welshman Meirion Evans to take fifth.

Drama unfolded, though, when the leading duo crashed out. Devine’s demise came when he left his braking too late, damaging his car on a chicane at high speed, retiring shortly after with a burst radiator. New leader Edwards was now 19.2 seconds ahead of Josh Moffett. Unbelievably, though, he too crashed just 800 metres after starting the next stage, leaving Josh Moffett to become the third leader of the day, beginning the final loop of three stages a mere second ahead of Fisher.

But the drama wasn’t over yet. Fisher lost his brakes and punctured on the penultimate stage to slip 51 seconds behind, and Sam made it a Moffett one-two with Evans taking third. Local driver Declan Boyle claimed fourth, Fisher finished fifth and Fermanagh’s Garry Jennings was sixth, ahead of top two-wheel drive competitor Donegal’s Kevin Gallagher in a Darrian.  Donegal driver David Kelly was eighth, James Stafford was ninth and Declan Gallagher finished tenth.