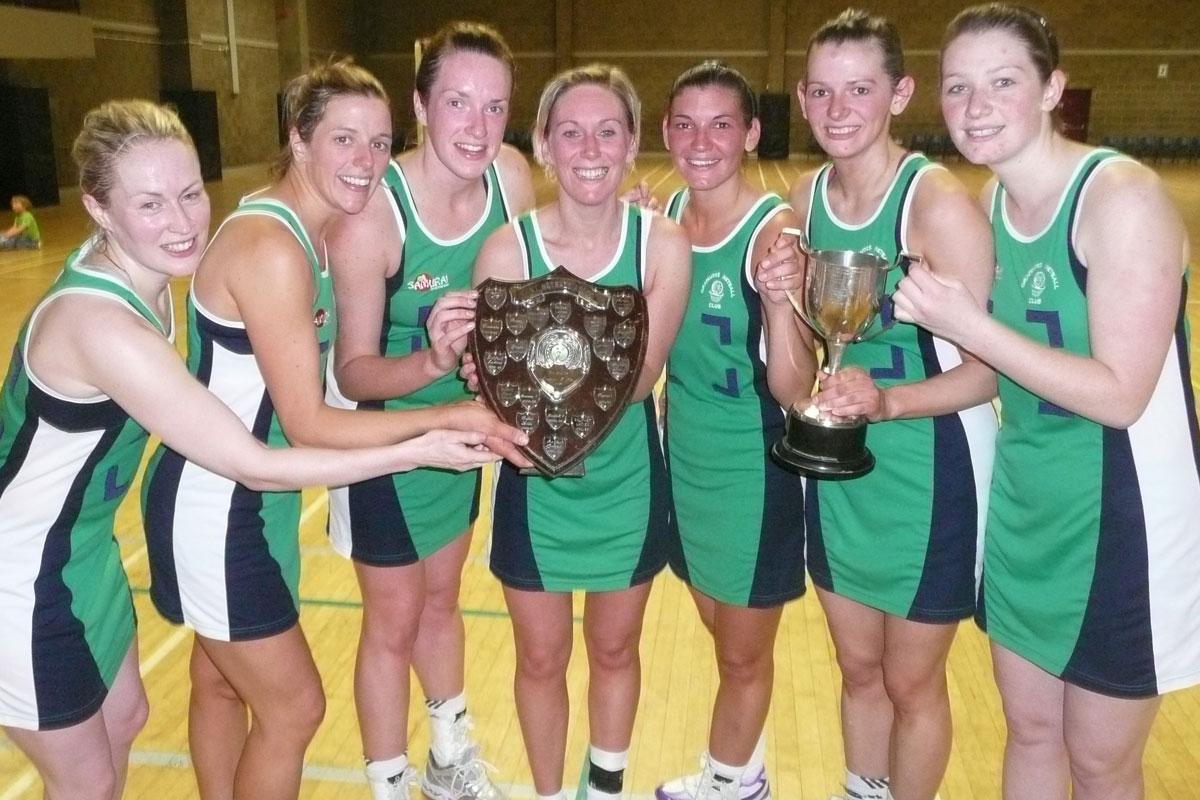 Graduates’ superb season has been rewarded with the largest representation in the Northern Ireland netball squad for the European Championships at the end of this month.

The NI league and cup double winners, who are based at Queen’s PEC, will supply half of the 12-player squad which travels to Sheffield next week – and that figure of six could have been even higher.

They are joined by Grads’ club captain Louise McKeown, a teacher at Rathmore Grammar, defender Frances Campbell and reserve goalie Cheryl Wilson, who won her first senior cap in the friendly victory over the Republic of Ireland in March.

Additionally, Niamh Cooper, who was NI Under 21 captain before an ankle ligament injury sidelined her for the second half of the season featured in last weekend’s warm-up event in Glasgow when, playing as the Northern Panthers, the girls in green were runners-up in a four-team invitational tournament.

World Cup vice-captain Lisa McCaffrey would have been an automatic choice in the squad had she not still been sidelined following foot surgery last August and attempts were made to persuade veteran former Northern Ireland captain Bronagh McAfee to come out of international retirement.

Having, along with Irvine, played every minute of every match for all-conquering Graduates in the domestic season just ended, the 37-year-old McAfee was seen as the ideal short-term replacement for Fionnuala Toner.

Belfast Ladies defender Toner impressed in last summer’s World Cup but the Queen’s accountancy student – who comes from the Malone Road – is currently on a year out, playing basketball in the USA.

With such an array of talent at their disposal, it is hardly surprising that Madeline Mason’s team lost only one match in the entire season – being beaten in a league game by the then table toppers Larkfield last November.

But they were magnificently consistent following the post-Christmas split, securing the title with nine straight victories to take the title from old rivals Belfast Ladies before beating Larkfield 55-50 in last month’s Cup final to retain that trophy.

The most mature, settled, experienced, physically imposing, solid, fittest side in the Premier League, Graduates are worthy champions and, with their all-international line-up, will undoubtedly be the team to beat again next season.

In the event, McCaffrey only managed one substitute appearance all season but Cooper slotted in seamlessly at centre and then, when she got injured in January, former international Deirdre Donnelly came back from a maternity break and looked like she’d never been away.

The relentless physicality of insatiable forward duo McCullough and the tireless Irvine epitomised the Grads’ work ethic and the ferociously combative Campbell formed a formidable pairing with the towering Gibney in the defensive circle.

In front of them, McAfee glided effortlessly around the court with an ageless elegance while all-action captain McKeown was like a blonde duracell bunny in earning her return to the international scene.

The return of Donnelly brought the number of PE teachers in a very seasoned side to five and although there weren’t any players aged under 25 in their Cup final line-up, hungry medical student Cooper represents the next generation.

Coach Mason may have some selection headaches next season when everyone’s available but for the next couple of months the Grads girls will deservedly be swapping their green club dresses for the green of Northern Ireland.