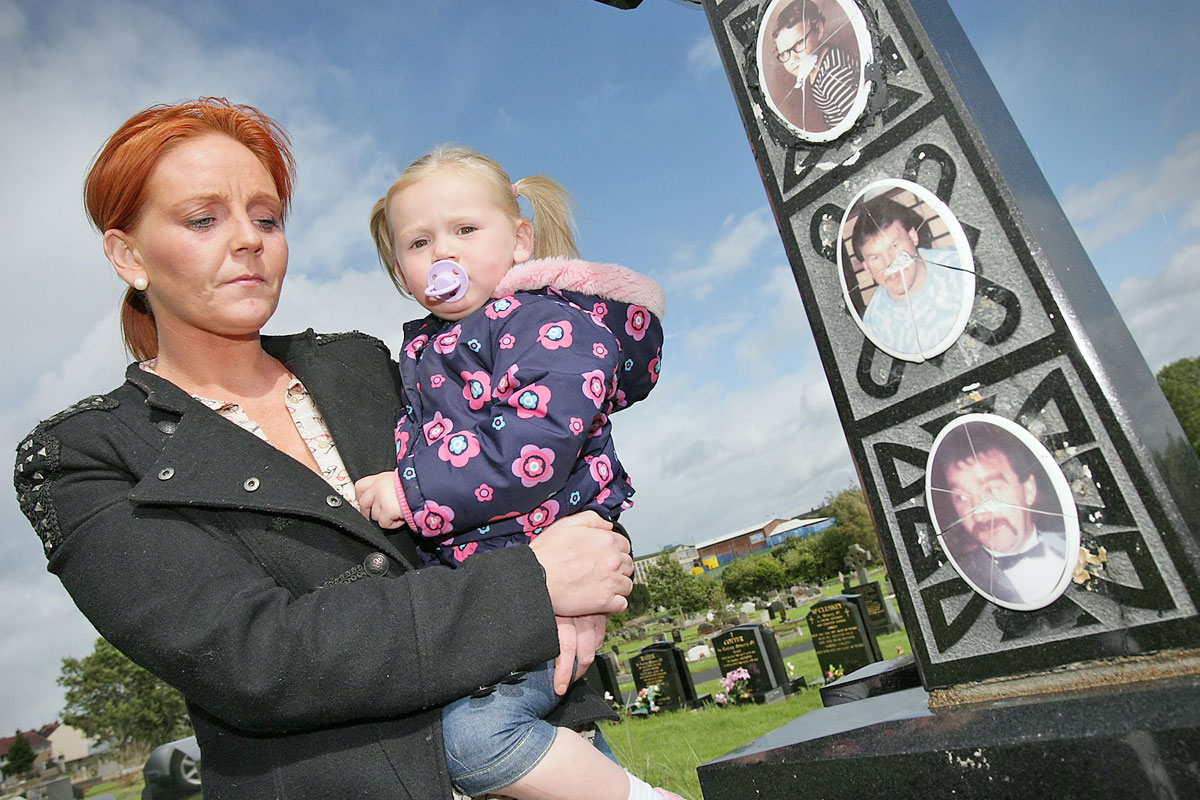 Daniel ‘Danny Boy’ Valliday is buried with his two brothers – including a 12-year-old who was killed in an explosion in the early 1980s – in the City Cemetery.  Over the weekend the photographs of the three brothers on the headstone were smashed.

Jolene, 30, says she is at a loss to understand how someone could take a hammer to anybody’s resting place.

“My daddy’s grave was smashed up a few years back, we got it fixed but it has been targeted again.  A family member came to the grave on Monday and noticed the photographs of him and his two brothers have been smashed up.

“I have no idea why this has happened. You would have to be sick to even think about this, never mind actually do it. It’s heartless.

“My daddy has three grandchildren and they know him from his photo here on the grave and now it’s going to have to come off. How will they know he is here?

“You would think he would be safe when he is dead, but he isn’t being allowed to rest in peace.”

“Once again people have attacked a grave in the City Cemetery and this is the second time that Jolene has had to endure the emotional impact of her father’s grave being attacked,” he said.

“Sadly, we are in a day and age where there seems to be no respect at all for the dead.

“The people who carried out the attack should look at the emotional impact of their behaviour and should think of their own loved ones lying in graves and imagine how they would feel if they heard their loved ones’ graves were attacked in this way.”

“Sadly, we are in a day and age where there seems to be no respect at all for the dead.”